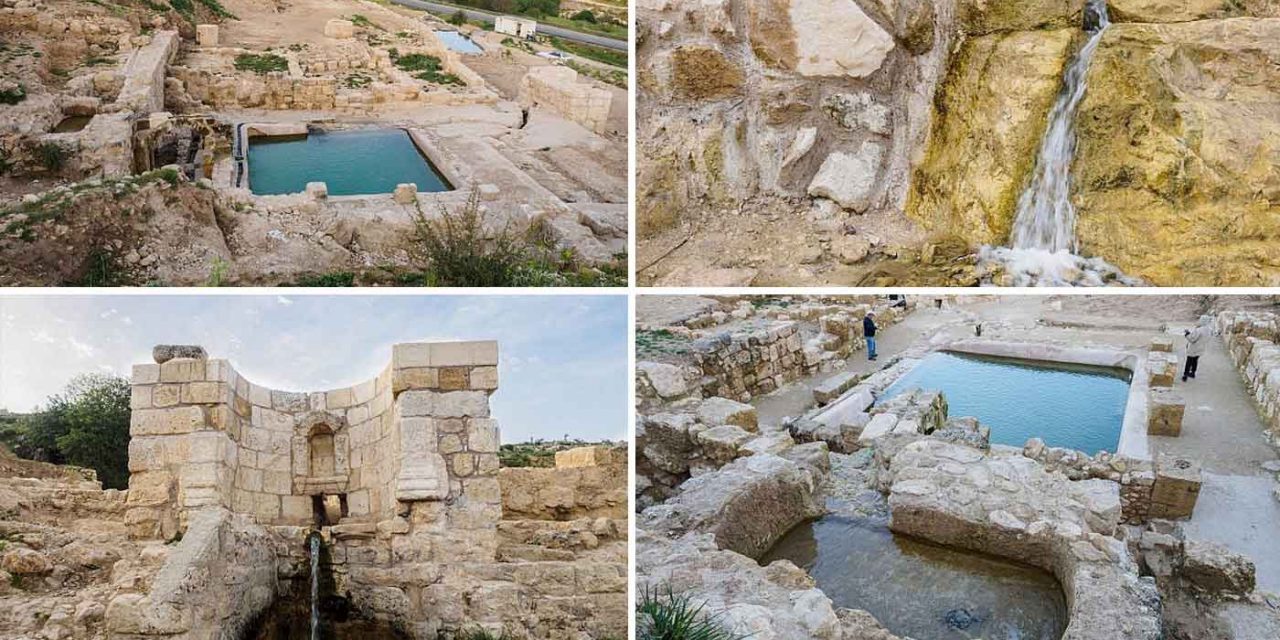 Israeli authorities inaugurated a nature park on Wednesday near Jerusalem after five years of archaeological excavations at Ein Hanya, the second-largest spring in the Judean Hills and a key site in the history of Christianity. Along with an announcement that the park will open to the public free of charge within months, the Israel Antiquities Authority revealed some major findings at the site, including a column capital typical of royal structures from the First Temple era and one of the oldest coins ever discovered in the Jerusalem area.

Excavations and conservation and development work were conducted between 2012 and 2016 at the site, which is part of the Rephaim Valley National Park and located beyond the Green Line but within Jerusalem’s municipal boundaries.

“The result is an extraordinarily beautiful site incorporating archaeology, an ancient landscape and a unique visitor experience,” the IAA said in a statement.

The new findings were publicized for the first time as senior officials participated in a tree-planting ceremony for the Jewish festival of Tu Bishvat and revealed the new nature park.