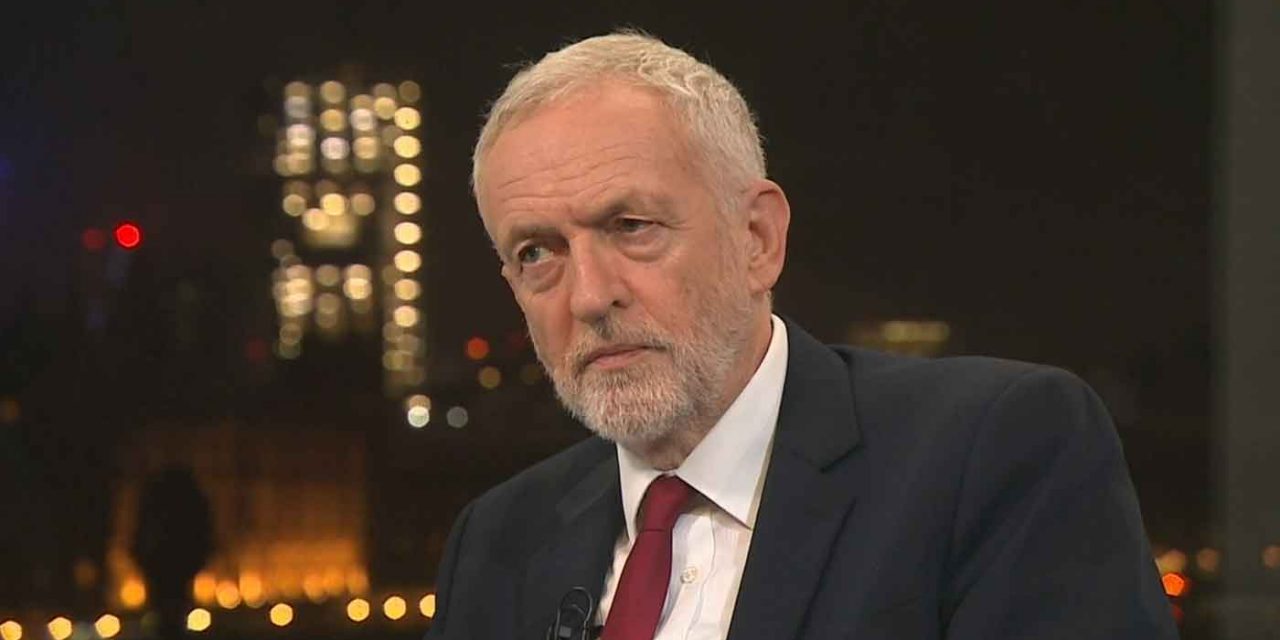 Jeremy Corbyn has refused to apologise to the Jewish community after the Chief Rabbi warned his failure to tackle the issue made him unfit to be prime minister.

The Labour leader said he does not tolerate antisemitism “in any form whatsoever” and called it “vile and wrong” – but he declined four times to apologise to the Jewish community in a BBC interview with veteran journalist Andrew Neil.

During the interview, Mr Corbyn accused Chief Rabbi Ephraim Mirvis of being wrong about part of his criticism of Labour’s handling of antisemitism.

He said: “I’m looking forward to having a discussion with him because I want to hear why he would say such a thing.”

The Labour leader was challenged over Rabbi Mirvis’s allegation that Labour’s claims it is doing everything to tackle anti-Jewish racism was a “mendacious fiction”.

“No, he’s not right. Because he would have to produce the evidence to say that’s mendacious,” Mr Corbyn replied.

He insisted he has “developed a much stronger process” and had sanctioned and removed members who have been antisemitic. Although this was challenged by Andrew Neil who gave numerous examples of anti-Semites who had not been expelled from the party.

Once Corbyn agreed it was an “anti-Semitic trope” and that it “was completely unacceptable”, Neil pressed Corbyn as to why the person who made the comment has not been suspended from the Labour party. It has been over a year and the investigation into the gentleman is still ongoing.

Another example given was a Labour member who questioned the Holocaust. She was given a written warning with no expulsion or suspension. This happened in August 2017 long after Corbyn became the leader and “tightened up the rules”.

Corbyn admitted that “Holocaust denial is totally unacceptable”, but clearly it is seen as acceptable enough for someone who denies the Holocaust to remain in Labour and only receive a written warning.

Despite the anti-Semitism crisis within Labour coming about under his leadership, Corbyn argued that anti-Semitism “didn’t rise after I became leader.”

“Antisemitism is there in society, there are a very, very small number of people in the Labour Party that have been sanctioned as a result of complaints about their antisemitic behaviour,” he said.

The most shocking part of the interview, however, came when Mr Corbyn repeatedly refused to apologise to the Jewish community, 80% of whom feel he is an anti-Semite and 40% of whom say they will seriously consider leaving the UK if Corbyn is elected.

Instead of apologising, Corbyn simply repeated, “We will not allow antisemitism in any form in our society because it is poisonous and divisive, just as much as Islamophobia or far-right racism is,” Mr Corbyn said.

Andrew Neil pressed Corbyn four times to apologise and every time Mr Corbyn refused to do so.

The Board of Deputies of British Jews reacted to the interview by simply tweeting: “Shameful”.

— Board of Deputies of British Jews (@BoardofDeputies) November 26, 2019

Jeremy Corbyn has a long history of anti-Israel activism, including calling the Balfour Declaration which paved the way for Jews to return to their historic homeland as a “grave and historic mistake”. He has laid a wreath at the grave of Palestinian terrorists responsible for killing Jews. He has called Hamas and Hezbollah, two terrorist organisations with a very singular focus of destroying Israel and the Jewish people, as his “friends”. More than that he argued that Hamas should not be banned in the UK, he and two of his cabinet, were amongst a small number of MPs who voted against the banning of these extreme terrorist groups. Mr Corbyn has a track record of taking the side of anti-Semites and sharing the stage with anti-Semites. Even when he launched his manifesto on race and faith he was surrounded by at least three Labour members who made anti-Semitic comments on social media. We have also seen anti-Semitic attitudes be allowed to flourish within the Labour party under his leadership.

Therefore, it is absolutely right that the Chief Rabbi is tackling this issue as the vast majority of British Jews (80%) think that Mr Corbyn is an anti-Semite.

The fact Corbyn refuses to apologise or even recognise anti-Semitism within his party shows that he is not willing or able to tackle this problem. He is part of the problem and this problem will not go away any time under Corbyn.