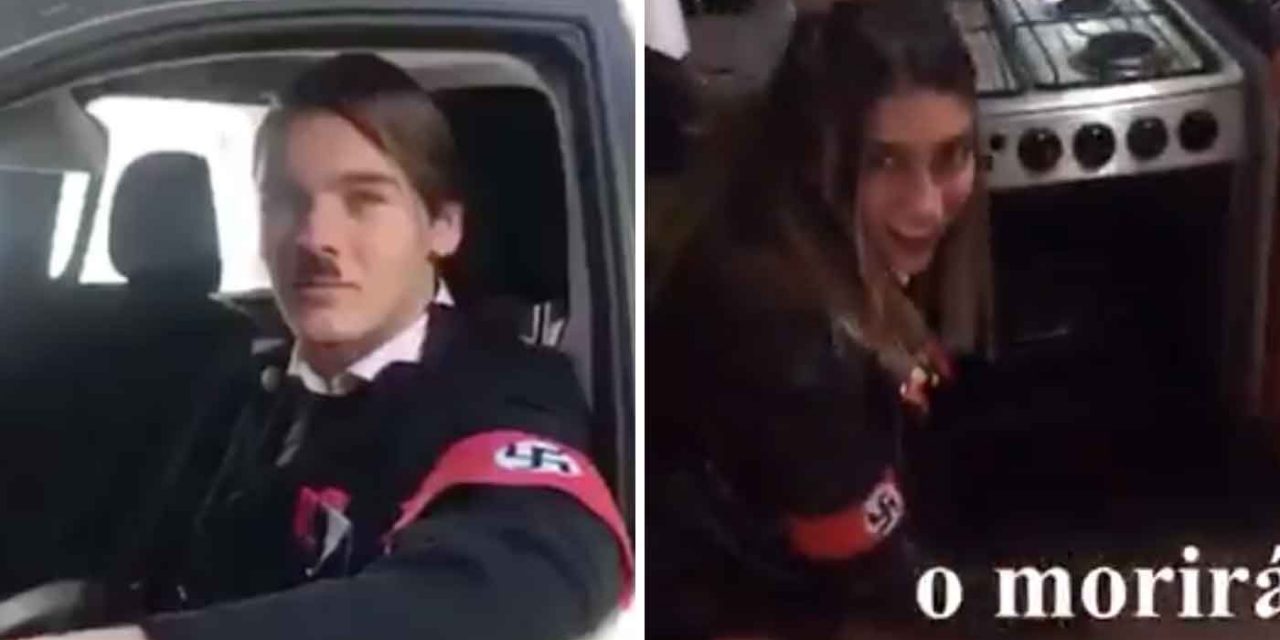 Students in a history class in a private secondary school in a northwest province of Argentina made a music video featuring singing Nazis as a class assignment.

The Nazi music video received nine points out of 10 from the teacher at the Escuela Modelo of San Juan, or Model School, whose website says that “we mold people with integrity, solidarity and entrepreneurship.”

The video is a parody of the song “Barbie Girl” by Aqua, in which a student sings changed lyrics: “I’m a Nazi girl in a Nazi world.” The video includes Nazi symbols and shows the singing Nazis humiliating students dressed as Jews and homosexuals. Another scene has a Nazi opening an oven whilst the lyrics “You must behave or you are going to die”.

Some other lyrics include “imagination this is anti-Semitism”, “they lay in ghettos it’s fantastic” and “you can think, you can pray, if you say heil Hitler”.

On Monday, a representative of the national Jewish political umbrella DAIA was set to meet with officials from the Education Ministry of San Juan province.

In a statement released on Saturday, the school expressed “apologies to the representative of the Sociedad Israelita de San Juan,” the local JCC, as well other groups insulted in the video including blacks and homosexuals.

The teacher was sanctioned and fired from the school, according to Argentinian media reports.