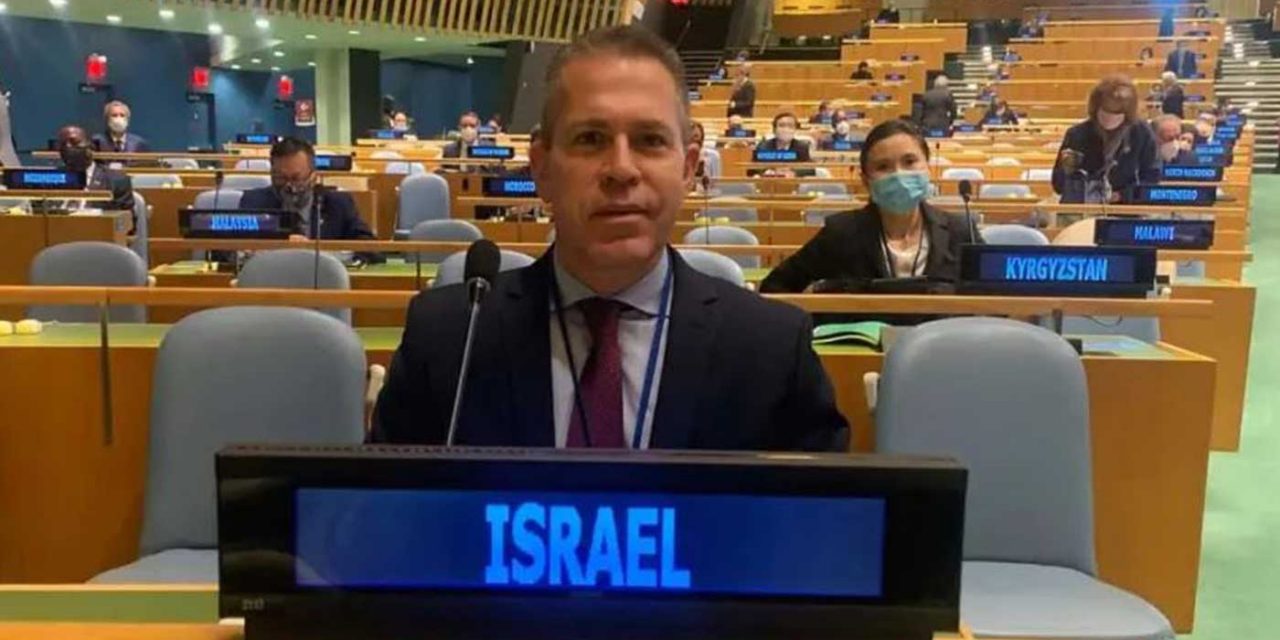 Israel’s ambassador to the United Nations, Gilad Erdan, was elected as a vice president of the UN General Assembly on Tuesday. Erdan will assume the position for a year beginning with the convening of the GA in September. He will chair General Assembly meetings, and take part in setting the agenda for GA deliberations.

“I am proud of the right to represent Israel in a position that is at the heart of what is happening at the UN, and I will also act through it to combat the existing discrimination in the UN against Israel,” said Erdan. “This is an important victory, which will give us another platform to present the truth about Israel and its contribution to the world, despite the ongoing attempts of the Palestinians and hostile countries at the UN to act against us.

“This achievement joins a series of important achievements that Israel has made at the UN in recent years, along with a clear message to our enemies that they will not prevent us from integrating into key positions at the UN and in the international arena and increasing our influence.”

IsraAID is launching a humanitarian response to the earthquake that struck eastern Afghanistan on June 22 and killed at least 1,000 people, injured more than 1,600 and damaged thousands...
Read More
Share
Tweet
Email
More
268 Shares