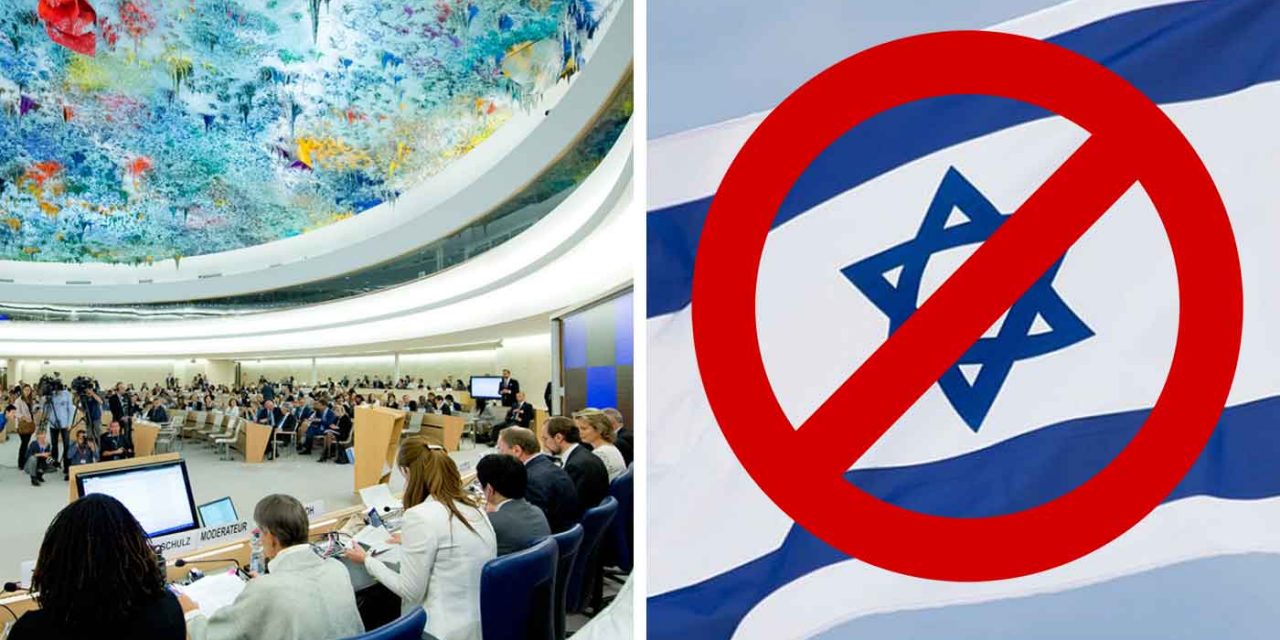 The United Nations Human Rights Council has concluded its inquiry into the Israel-Palestinian conflict and, as expected, it is overwhelmingly anti-Israel to the point of being absurd.

The inquiry is titled: The United Nations Independent International Commission of Inquiry on the Occupied Palestinian Territory, including East Jerusalem, and Israel

You can see from the name alone that there are problems with this inquiry as it separates Jerusalem into two parts and claims that “East Jerusalem” is not part of Israel. This is an insult to the Jewish people, to Israeli sovereignty, to historical facts and of course an insult to God.

Regardless of the naming of the report, the second egregious action by the UNHRC was its appointment of a known anti-Israel activist, in breach of the rules set by the UNHRC that state those involved in inquiries must be unbiased and impartial.

Why then was Navanethem Pillay selected to head it up? She is someone who supports the Boycott, Divestment and Sanctions (BDS) movement against Israel and has long falsely accused Israel of “apartheid”. She has also had ties with members of the Popular Front for the Liberation of Palestine (PFLP) which is an outlawed terror group in the UK, US, EU, Israel and other places.

Pillay’s appointment was ridiculed by a legal coalition last month, which said it “makes a complete farce of the UNHRC’s own rules” which call for impartiality.

It is absurd that the United Nations is considered by many governments in the world an institution that oversees and upholds international law when it cannot even stick to the rules it sets for itself.

The report will be presented to the 50th sessions of the UN Human Rights Council on 13 June 2022. However, the three members of the commission of inquiry have all explained their findings and they are very one-sided against Israel.

The UNHRC press release states that “the continued occupation by Israel” and the alleged “discrimination against Palestinians” are the “key root causes” of the conflict. Including Palestinian violence.

“The findings and recommendations relevant to the underlying root causes were overwhelmingly directed towards Israel, which we have taken as an indicator of the asymmetrical nature of the conflict and the reality of one State occupying the other,” Navanethem Pillay, chair of the Commission, said.

Commissioner Miloon Kothari continued the Israel bashing, saying, “Our review of the findings and recommendations of previous UN mechanisms and bodies clearly indicates that ending Israel’s occupation, in full conformity with Security Council resolutions, remains essential in stopping the persistent cycle of violence. It is only with the ending of occupation that the world can begin to reverse historical injustices and move towards self-determination of the Palestinian peoples.”

And Commissioner Chris Sidoti completed the anti-Israel narrative by adding: “Israel clearly has no intention of ending the occupation. In fact, it has established clear policies to ensure complete permanent control over the Occupied Palestinian Territory. This includes altering the demography of these territories through the maintenance of a repressive environment for Palestinians and a favourable environment for Israeli settlers. Israel’s policies and actions build Palestinian frustration and lead to a sense of despair. They fuel the cycle of violence and the protraction of conflict.”

This is absurd that Israel is blamed for the “persistent cycle of violence” when, in fact, Israel is the victim of violence from the religious extremism of Palestinian terror groups. The terrorism that existed long before any alleged “occupation” began. And if Israel ever did withdraw from any part of the land of Israel, the attempts to destroy Israel will not be stopped because those who seek Israel’s destruction don’t pursue such a cause based on their opposition to ‘occupation’, but because they oppose any Jewish presence in the land at all.

The main cause of this conflict is antisemitism – hatred of the Jewish people – and the report itself is steeped in anti-Israel bias that can quite easily be construed as being driven by antisemitic views.

Take for example that Israel is being singled out by the UN like no other country is. And then add on to the fact that this is not balanced. They are treating Israel worse than outlawed terror groups.

Arsen Ostrovsky, a human rights lawyer and CEO of International Legal Forum (ILF) has previously stated his opposition to Pillay’s appointment, explaining it was typical of the UN, which rewards people “for being openly hostile and biased against Israel.”

Ostrovsky noted that the report mentioned Israel a total of 157 times while the Gaza-ruling Hamas terror group only merited three mentions.

“Even then, the UNHRC cannot bring itself to condemn the Palestinian terror group. There is not even a semblance of impartiality or intellectual honesty. It is as if the UN is not even trying anymore to disguise its blatant antisemitism and hostility towards Israel,” Ostrovsky said.

The United Nations has long been used as an international forum to bash Israel, but they really are playing a dangerous game when they go against what we know from the Bible.

In 2 Chronicles 6:6, God made this clear when He said: “I have chosen Jerusalem that my name may be there and I have chosen David to be over my people Israel.”

God chose Jerusalem as His own, and as the creator of the universe, He has absolute rights to every part of it. If he says he separated out a land for His people, then we must obey that. Yet, the world continues to work against God’s will and enact its own futile laws and plans.

Ultimately, they will fail. The Bible also makes it clear that nations who treat Israel and the Jewish people badly will be judged. And God will not treat them kindly.

Joel 20:3 states, “I will gather all nations and bring them down to the Valley of Jehoshaphat. There I will put them on trial for what they did to my inheritance, my people Israel, because they scattered my people among the nations and divided up my land.”

The United Nations is treading a dangerous path, but they seem determined to stay on their anti-Israel course.

As Christians, we will always stand up for Biblical truth and oppose every anti-Biblical report and resolution that come out of the UN – for Zion’s sake!