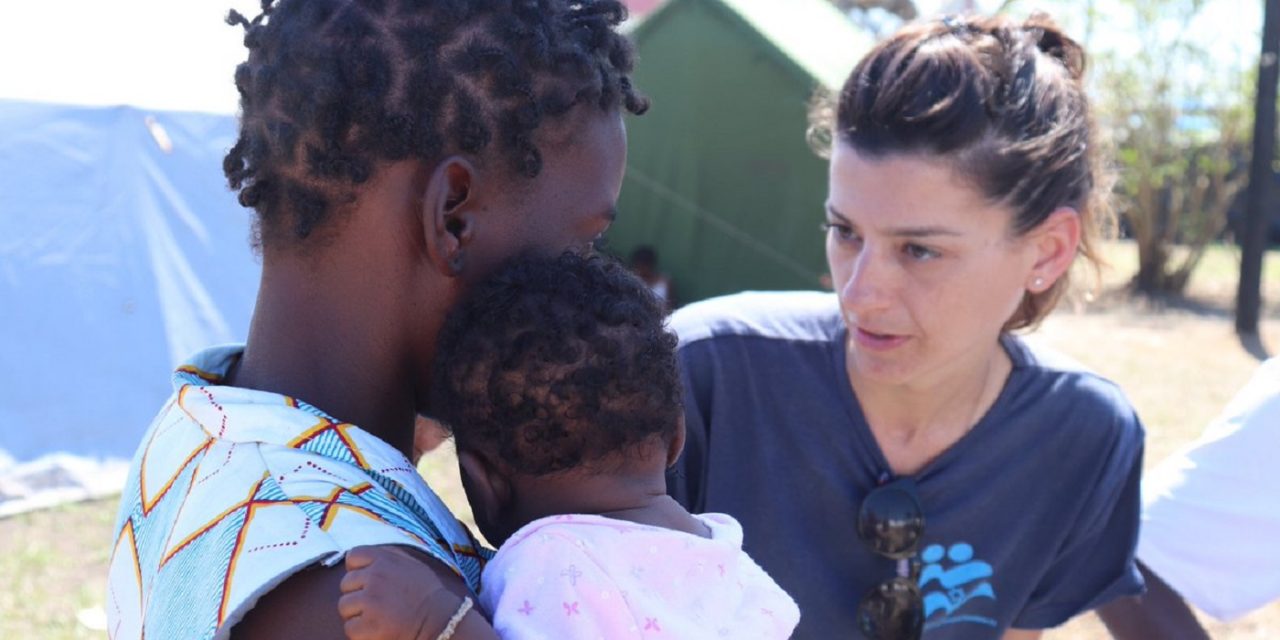 In cooperation with local authorities and other relief organisations, the Israelis have been distributing basic supplies, delivering psychological first aid and helping to restore access to safe drinking water.

Just got these photos from @IsraAID’s CEO during their emergency mission in #Mozambique to help in the catastrophic #mozambiquefloods. 900 people have died from #CycloneIdai but the real number is unknown. Again Israelis run to every corner of the globe to save lives.@CNNAfrica pic.twitter.com/kR3G4nHddO

More than two million lives have been affected by Cyclone Idai, a deadly storm that crashed into the coast of the African nation of Mozambique on 15 March.

Idai has caused some 750 confirmed deaths in Mozambique, Zimbabwe and Malawi, and left scores of people without shelter, food, water or proper sanitation. Heavy rains, flooding and mudslides also washed away the crops many residents depend on for their livelihood.

Israeli humanitarian NGO IsraAID, always among the first to respond to disasters around the world, began dispatching a 10-person emergency response team on March 20 and more were sent this week.

IsraAID’s medical, psychosocial and water, sanitation & hygiene teams are on the ground in Sofala province, #Mozambique, bringing vital support to those who need it most after #CycloneIdai. The situation is urgent, support our relief efforts: https://t.co/YYytHcAacx pic.twitter.com/f2QDuyWQdr

“In Beira, where Cyclone Idai made landfall, most buildings, including the hospital, have had their roofs damaged, lots of trees have fallen, and many roads aren’t in a great state.

“Outside of the city, the situation is even bleaker, with large areas still under water and inaccessible by land. Thousands are stranded. We’ve met many people who have lost most or all of what they have, including regular access to food and water, and now are trying to pick up the pieces.”

“Today, we visited Ifaba camp and the Beira Hospital with the First Lady of Mozambique, who came to witness the impact of Cyclone Idai and meet people who have been directly affected.

“In the camp we met families, elderly people, young women and children, who have been evacuated from flood-stricken Buzi province and from destroyed parts of Beira. It was teeming. Women, men, and children of all ages were everywhere. Some waiting in line for a slow-dripping water tap, most were just waiting around.

“It’s clear that the needs are great and will be ongoing. With many of the home villages of the displaced population still under water or inaccessible from outside, these communities may face a long stay in temporary accommodation.

“Walking in Mohavie temporary camp yesterday, set up for the Buzi displaced people, a group of young women approached us. They told us that their house had blown away, and they had lost all their clothes and shoes. Walking together to fetch fish for lunch, we laughed together. Their good energies and spirit in these circumstances were definitely a lesson for me.”