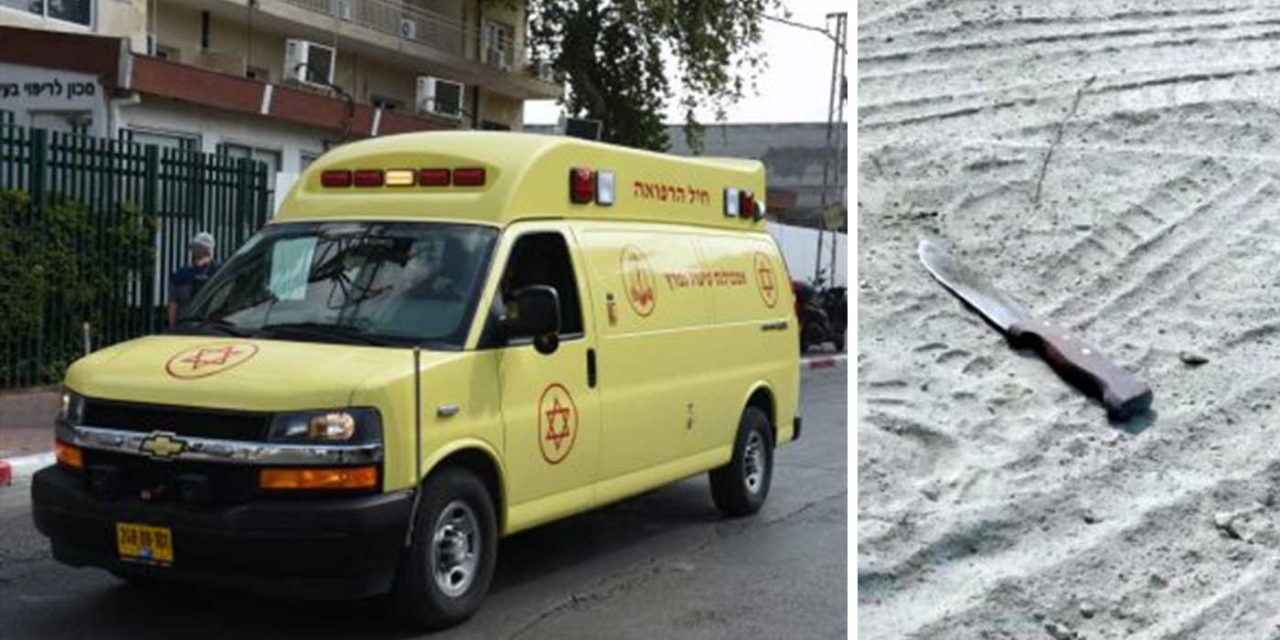 Two Israelis, an IDF reserves soldier and a civilian woman, have been injured in a stabbing attack on Thursday.

The soldier, in his 30s, is moderately wounded and fully conscious. He was standing at a bus stop when he was attacked from behind. It is unclear if he was armed at the time of the incident. A 26-year-old civilian woman was lightly wounded in the leg from shrapnel from the gunfire at the terrorist.

The incident took place in the Shomron at Kikar HaChativa, which is in Samaria (the northern part of the so-called West Bank).

The soldiers hit two Israeli cars in the process of trying to hit the terrorist. A passerby also tried to stop the terrorist, but he managed to get into a car and escape.