CUFI’s Pastor Hagee: “Nikki Haley will be missed by friends of Israel” 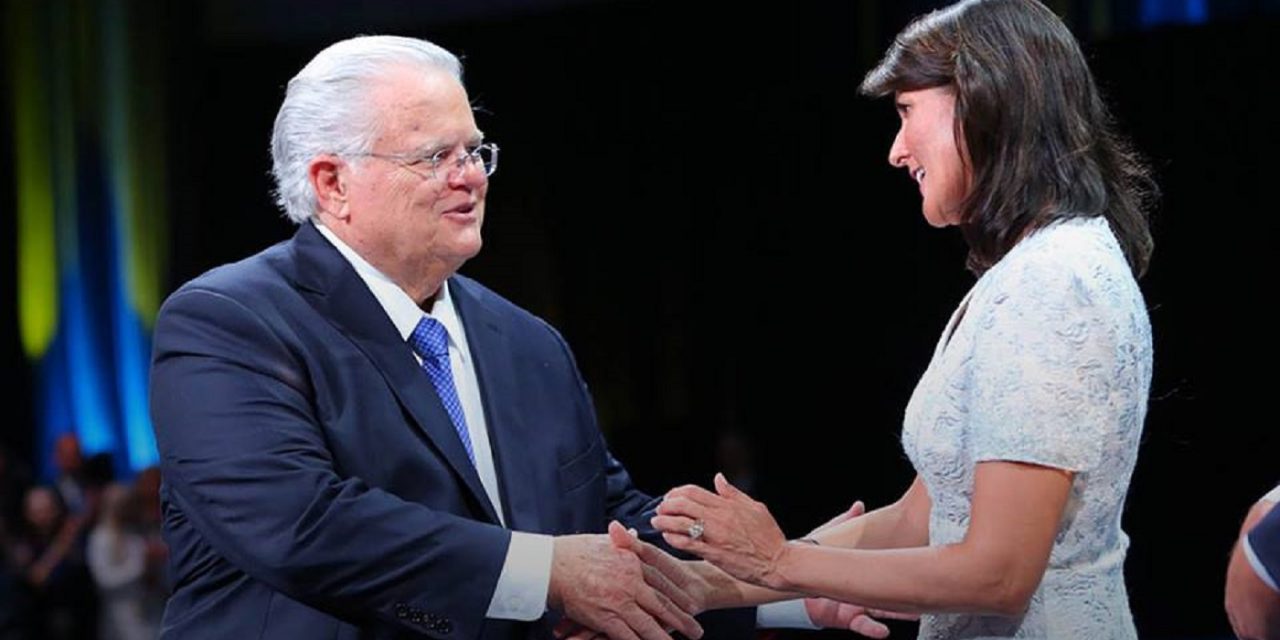 CUFI Founder and Chairman, Pastor John Hagee, has expressed his thanks for Ambassador Nikki Haley’s unwavering support for the US-Israel relationship, following the US Ambassador’s resignation announcement yesterday.

“Nikki Haley has been an example of a shining city on a hill for the nations of the world to follow. Her uncompromising leadership will be missed by lovers of peace and friends of Israel. She was a voice and not an echo. We are very grateful for her service to America and for her unwavering support of the US-Israel relationship.”

Nikki Haley was a recipient of CUFI’s prestigious Defender of Israel Award in 2018. Presenting the award during CUFI’s Washington Summit, Pastor Hagee said, “few people in the history of American diplomacy can be compared to the woman whose last 18 months have been spent fearlessly confronting the unreasonable and immoral anti-Israel bias at the United Nation. Ambassador Nikki Haley is a courageous voice of truth in one of the most misguided, hypocritical organisations in the world, the United Nations.”

The award was a large golden plate engraved with Isaiah 62:1 – “For Zion’s sake I will not keep silent, for Jerusalem’s sake I will not remain quiet, till her vindication shines out like the dawn, her salvation like a blazing torch.”

Haley appeared grateful as she accepted the award to loud cheers from the CUFI supporters gathered.

The Ambassador offered kind words to those gathered, saying, “What’s amazing about Christians United for Israel is not just the power of your voice. It’s also the importance of the cause you have dedicated your voice to.”

Haley also called CUFI the “tip of the spear” in the fight against anti-Israel attitudes.

“Standing up against this global pressure campaign on Israel and the Jewish people goes to the heart of our friendship and the heart of America. And the tip of the spear is Christians United for Israel. What you are doing is so important. And may God bless you for it.”

Posted by Christians United for Israel – UK on Tuesday, 24 July 2018