IDF blows up 15th Hamas terror tunnel this year; intended to use to attack Israeli community 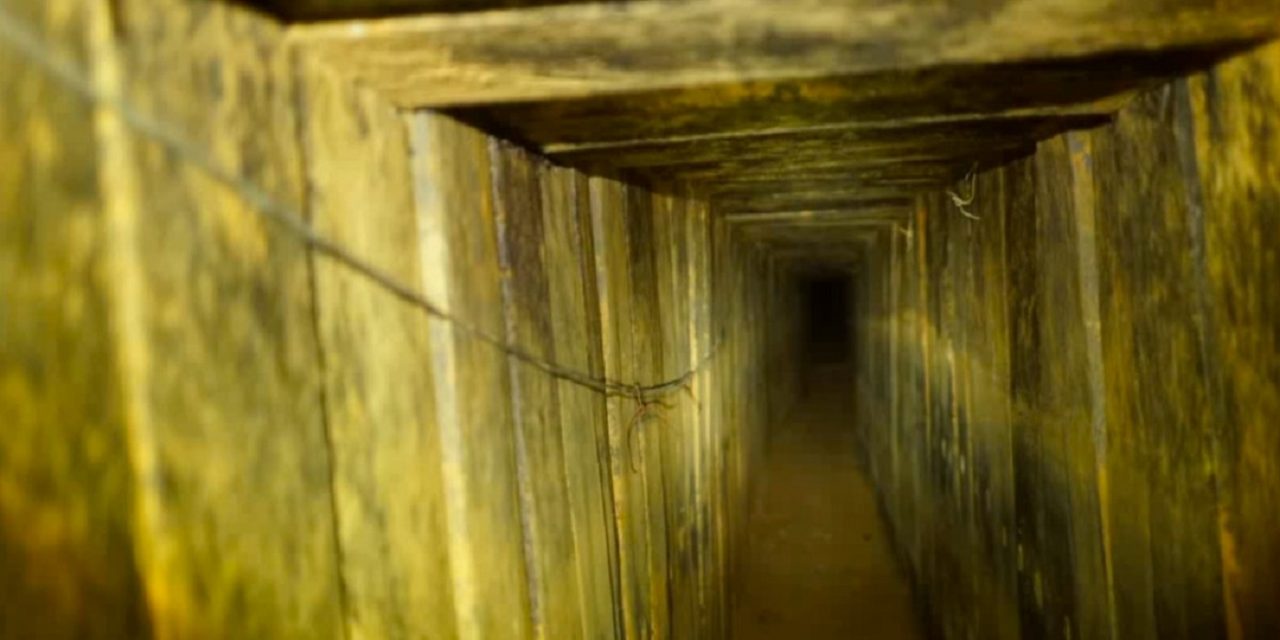 The IDF on Thursday destroyed a cross-border Hamas attack tunnel in the central Gaza Strip, the 15th such tunnel demolished by the army in the past year.

The IDF estimated that $3 million worth of cement, electrical equipment, and hours of labour were invested in this tunnel instead of investing in healthcare, education, or food for the people of Gaza.

The tunnel’s purpose was to enable the carrying out of an attack on a nearby Israeli community, the IDF stated.

The IDF noted that the tunnel was under surveillance at all times until it was neutralised.

The route of the tunnel was identified as part of the ongoing effort to locate and neutralise terrorist tunnels, a technological, operational and intelligence effort that began with Operation Protective Edge in the summer of 2014 and which has expanded and picked up its pace in the past year.

“The tunnel branched out in several places and was dug out from several excavation workshops, integrating various methods of construction, including a telephone and electricity network,” said IDF Spokesman Brigadier General Ronen Manelis.

Manelis added that since October 2017, 15 tunnels have been neutralised in the Gaza Strip. 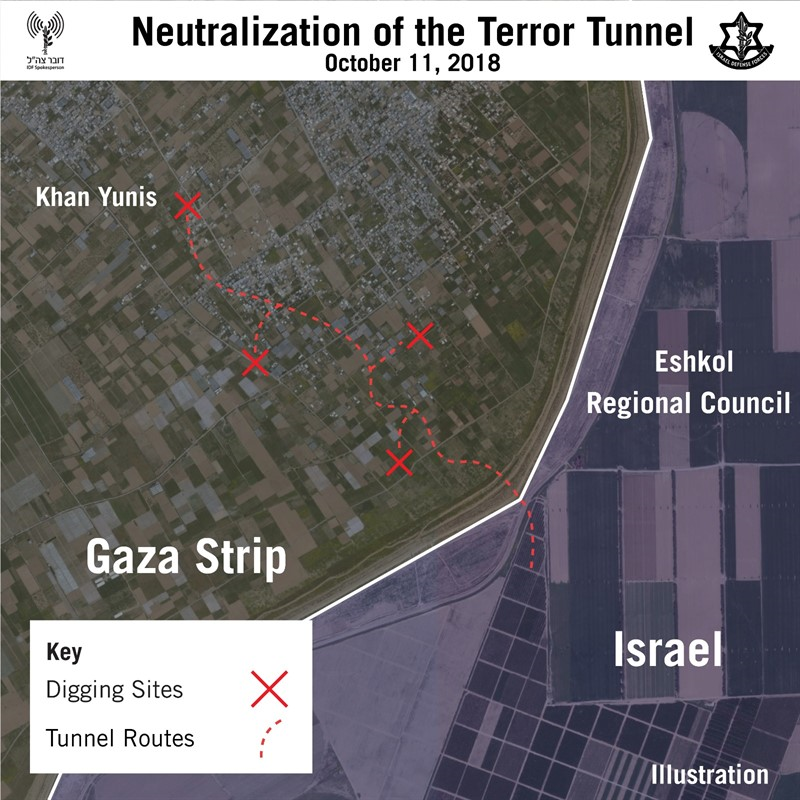 “The IDF’s technological capabilities are improving all the time and will continue to succeed in identifying the tunnels and neutralizing them,” he stated.

This economic investment, which comes at the expense of the well-being of residents, exposes Hamas’s exploitation of the population in Gaza for the purposes of terrorism, the IDF said.

We estimate $3 million worth of cement, electrical equipment, and hours of labor were invested in this tunnel instead of investing in healthcare, education, or food for the people of Gaza. pic.twitter.com/AVyhsWtipT

“The IDF is determined to continue to defend Israel’s sovereignty and the security of its citizens and is acting decisively against terrorism,” the IDF Spokesperson noted.

Hamas has built a sophisticated network of terror tunnels in the Gaza Strip, some of which have penetrated Israel. They are used for storing weapons, smuggling and terrorist infiltration.

During the 2014 summer war with Israel, Hamas terrorists on several occasions made their way into Israel through terror tunnels, although they did not manage to reach civilian areas. However, IDF soldiers died battling the infitrators.

Israel destroyed 32 tunnels during that conflict, but Hamas has since been working vigorously to rebuild the network, and the IDF has since made neutralizing the tunnel threat a top priority.

The IDF is building a new underground obstacle, meant to contend with Hamas’s tunnel threat.