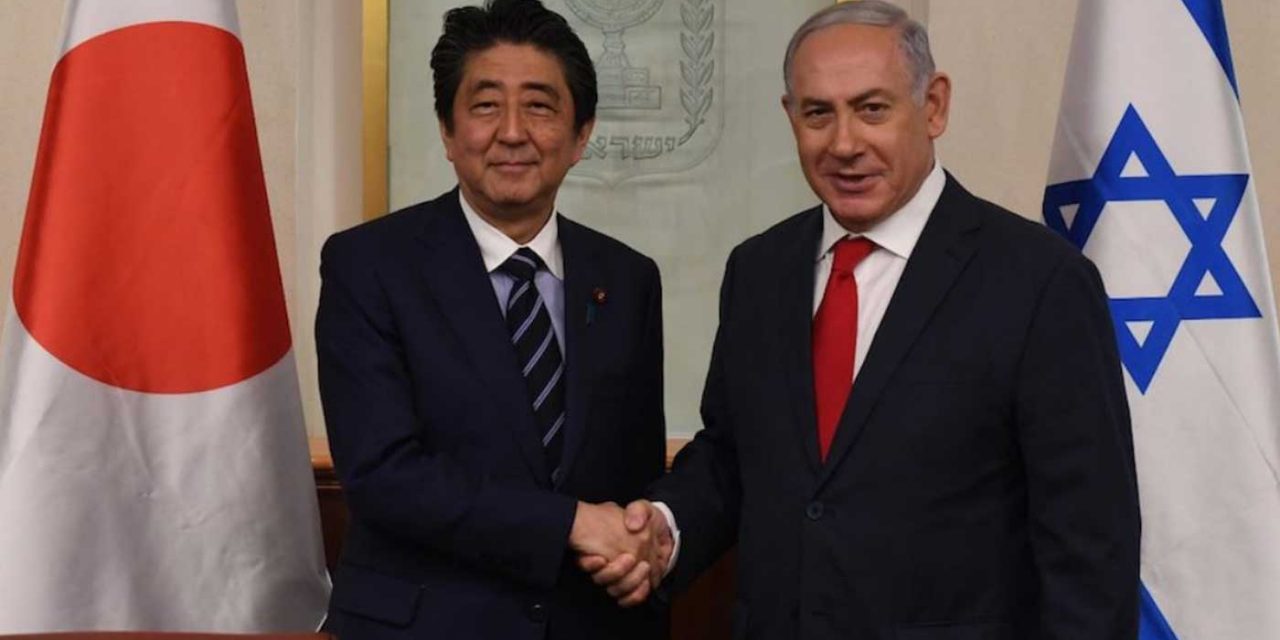 Israeli leaders have given their condolences after the former Prime Minister of Japan, Shinzo Abe, was murdered while giving a speech on Friday.

“On behalf of the government and people of Israel, I send my condolences to the Japanese people and their government on the tragic death of former prime minister Shinzo Abe,” Israeli Prime Minister Yair Lapid said in a statement.

“Abe was one of the most important leaders of modern Japan, and a true friend of Israel who brought about flourishing and prosperous relations between Israel and Japan.”

“His heinous murder will not change his distinguished legacy,” Lapid added. “Today, Israel bows its head and mourns the loss of Abe together with the people of Japan.”

Shinzo Abe, 67, was Japan’s longest-serving leader before stepping down in 2020 for health reasons. Abe visited Israel twice, in 2015 and 2018, and also hosted Prime Minister Netanyahu in Japan in 2014.

Abe was killed on Friday after he was shot from behind while he was giving a speech in Nara, a city in western Japan. He was airlifted to hospital but was pronounced dead in hospital.

Former prime minister Benjamin Netanyahu, who met with Abe several times expressed condolences on behalf of “all citizens of Israel.”

Netanyahu called Abe a “great leader of Japan and a huge friend of Israel,” adding that he “will always remember him with great appreciation and recognition of the brave friendship between us.”

My wife Sara and I, along with the citizens of Israel, mourn the tragic assassination of a great leader of Japan and a wonderful friend of Israel, our dear friend Shinzo Abe

Defense Minister Benny Gantz expressed his condolences as well, and noted that “as democracies and close partners, we will not be shaken by those who try to silence us. The people of Israel stand with you.”

President Isaac Herzog said he was “horrified by the despicable murder” of Abe, who he called “one of Japan’s most preeminent leaders in modern times.”

“We met when I chaired Israel’s opposition and I was deeply impressed by his leadership, vision and respect for Israel,” Herzog added. “Grieving with his family and the whole Japanese people.”

Israeli Ambassador to Japan Gilad Cohen tweeted after Abe was shot that he was “absolutely shocked by the news.”

“Being one of the most prominent leaders of Japan, Abe san was amongst the architects of modern relations between Israel and Japan,” Cohen added.