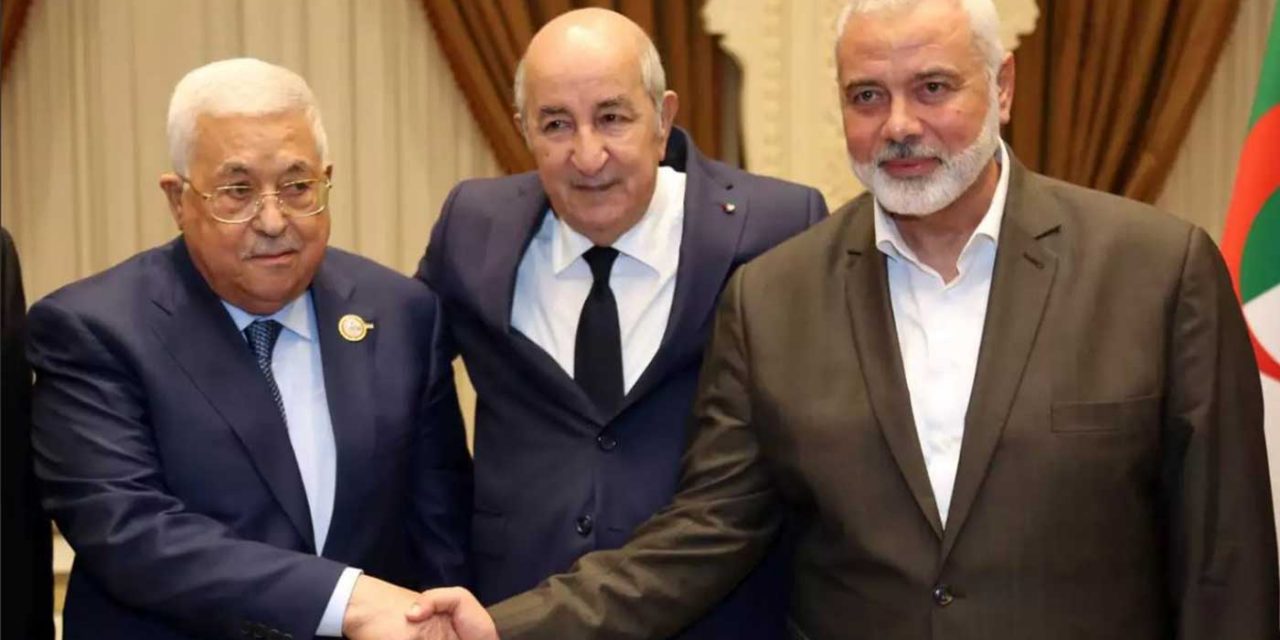 Abbas and Haniyeh, along with other leaders from Africa and beyond, were hosted by Algerian President Abdelmadjid Tebboune to mark 60 years of his country’s independence from France.

Relations between the P.A. and Hamas were severed following Hamas’s bloody overthrow of Fatah in Gaza in 2007. Fatah is the largest PLO faction and controls the Palestinian Authority.

The last recorded face-to-face meeting between the two leaders was in Doha, Qatar in 2016. The two met virtually in 2020, in response to the U.S.-brokered normalization of relations between Israel and the United Arab Emirates, according to Reuters.

Prior to shaking hands on Tuesday, the two Palestinian leaders and their delegations sat separately during the ceremony.