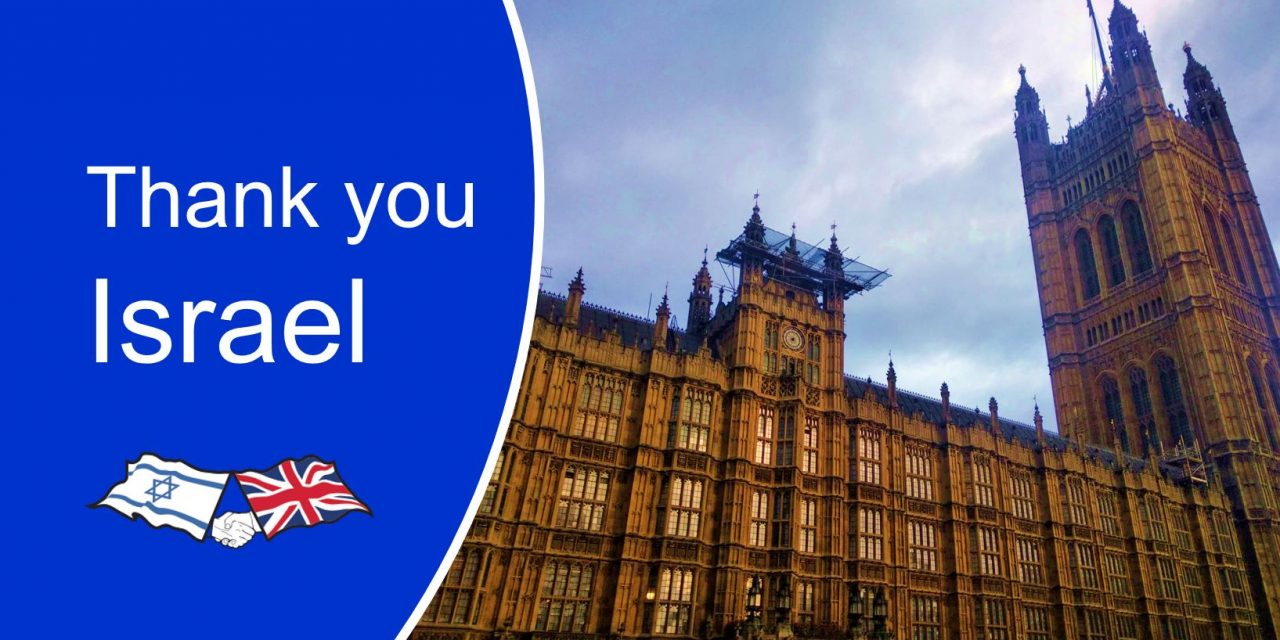 Israel’s Mossad spy agency was the ‘foreign agent’ responsible for providing Britain with intelligence that helped foil Hezbollah’s stockpiling of explosives in London, according to a senior Israeli official.

The source also told the Kan public broadcaster that Hezbollah attempted to move its operations to other countries, which were also notified by Mossad, and that the two organisations were for some time engaged in a game of cat and mouse.

The Daily Telegraph reported on Sunday that more than three tons of ammonium nitrate was discovered in 2015 leading to an arrest only months after the UK joined other countries in signing the Iran nuclear deal.

Concern has been raised by CUFI regarding why it took four years for Hezbollah to be banned outright in the UK, despite authorities’ knowledge of the plot along with other clear evidence that Hezbollah was and remains a threat to the UK.

There is also speculation that the discovery was kept quiet to avoid derailing the agreement with the Iranian regime, which is the main sponsor of Hezbollah.

The Telegraph reports that the MI5 and the Metropolitan Police raided four properties in North West London after receiving a tip off from a foreign intelligence agency. They discovered thousands of disposable ice packs containing ammonium nitrate, which is a common ingredient in homemade bombs.

The hoard of explosives was more than what was used in the Oklahoma City bombing that killed 168 people and damaged hundreds of buildings. Thanks to British intelligence and “a tip off from a foreign agency”, the London stockpile was discovered and any future terror attack was thwarted.

A man in his forties was arrested on suspicion of plotting terrorism, but was eventually released without charges.

“The discovery of explosive materials in London for use by Hezbollah terrorists is further evidence of the threat from Iran-backed terror here in the UK. It is unbelievable that only months after the UK signed the Iran Deal, Britain seemingly ignored this new evidence and continued to support the deal. The agreement, which former Foreign Secretary Philip Hammond hailed as a “victory for diplomacy”, blatantly fails to hold Iran to account for its support for international terror, including for its proxy Hezbollah. This discovery should also raise serious concerns about the UK Government’s willingness to keep the failed Iran nuclear deal alive at all costs”

“It is right that questions are being asked about why the British public was kept in the dark about the plot, especially as both David Cameron and Theresa May, then the prime minister and home secretary, were apparently personally briefed on what had been found.”

“Questions must also be asked about why it took another three and a half years for Britain to ban Hezbollah outright. CUFI was at the forefront of efforts calling upon the UK government to outlaw Hezbollah, repeatedly explaining that Britain’s proscription of Hezbollah’s ‘military’ arm but not its ‘political’ wing was inadequate. It meant that it was possible for people within the UK to openly support Hezbollah without any consequence whatsoever even though Hezbollah itself does not differentiate between its political and military wings.”