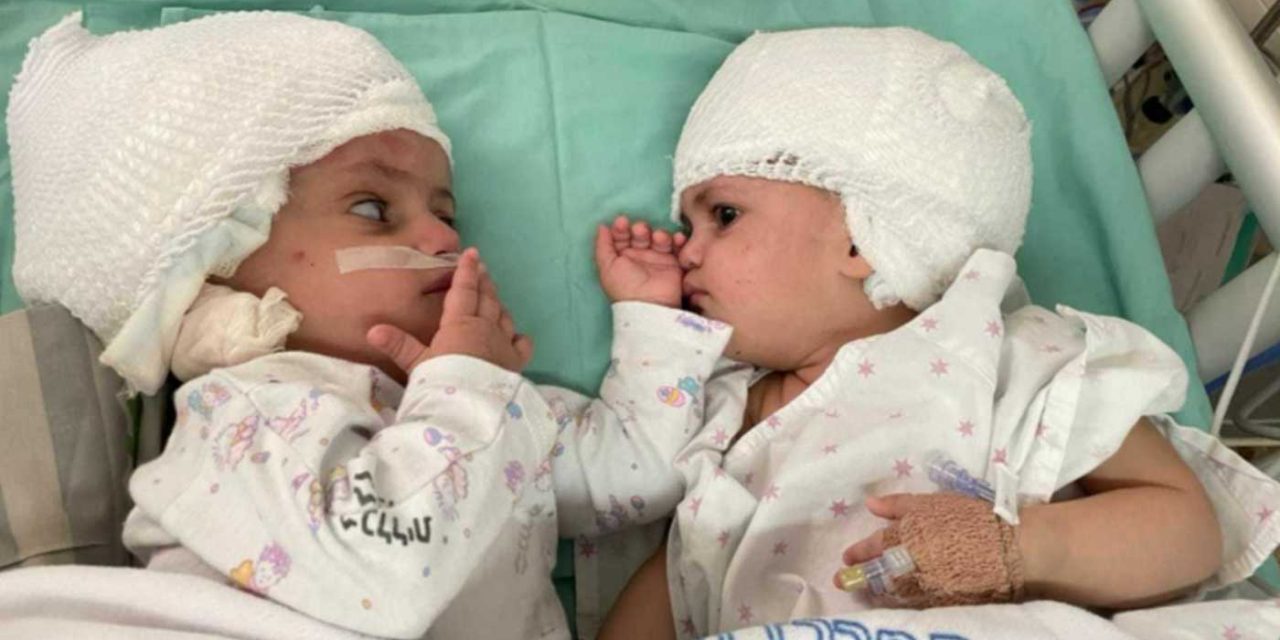 A pair of one-year-old twin girls who were joined at the head have successfully been separated in Israel in what is the country’s first time achieving this feat.

The 12-hour surgery was seen as a “life or death” operation, but following its success both babies are likely to live completely normal lives.

The large team of doctors worked together

Dr. Isaac Lazar told The Times of Israel of the remarkable moment on Sunday when the girls looked at each other for the first time, after a year connected at their heads but unable to see one another, and of the “unbelievable joy” that the parents felt.

“When the nurses brought the babies together, newly separated, they looked at each other, made noises, and gently touched each other — it was beautiful,” Lazar said. “You could see the communication between them, and it was just so special.”

Every member of the huge medical team, which had been planning the operation since before the babies were born last August, was aware that a single slip could have disastrous consequences. “Any wrong decision could have been the difference between life and death,” said Lazar, director of the Pediatric Intensive Care Unit at Soroka University Medical Center in Beersheba.

“It was so delicate, as the surgery was performed between major blood vessels in the babies’ heads. We all knew that any bleed could have catastrophic consequences.”

Thankfully Israeli technology was on hand to help things further. Complex 3D models were created for doctors to practice on, and hundreds of hours of preparation, helped everything go smoothly.

The whole procedure was led by a British surgeon, Dr Noor ul Owase Jeelani, who is a consultant paediatric neurosurgeon at Great Ormond Street Hospital.

Dr Owase Jeelani is also a founder of the medical charity Gemini Untwined which was formed in 2018 to carry out surgeries like this. The team have completed five separation surgeries together and it is the first time this procedure has been carried out outside the UK.

It is an incredible achievement and a wonderful display of the blessing of Israel and the UK working together. 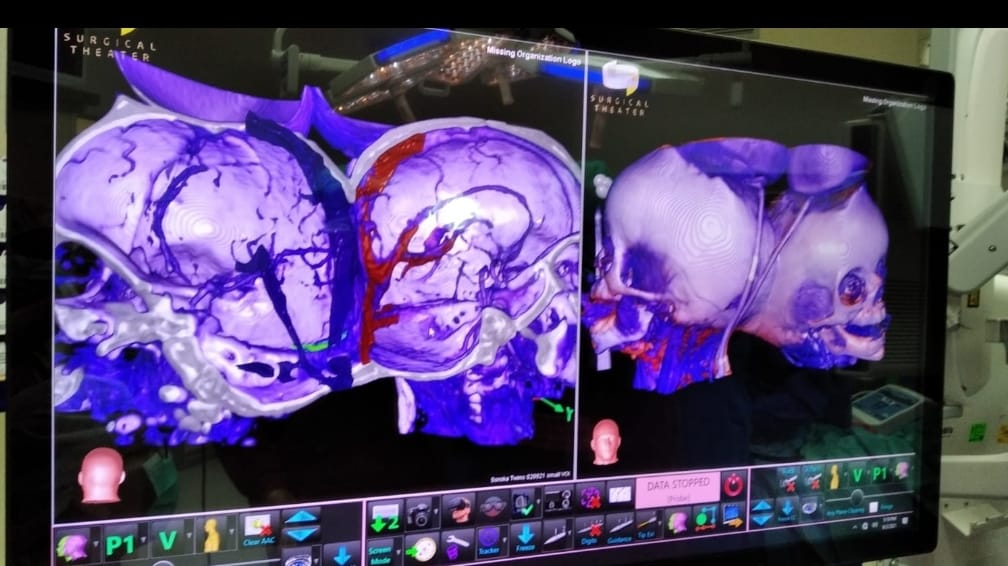 Undated Soroka Medical Center handout photo of a close up of one of the screens used by the medical team during a procedure to separate conjoined twins at the Soroka Medical Centre in Israel, which was led by British surgeon Dr Noor ul Owase Jeelani. Issue date: Monday September 6, 2021.

Dr Owase Jeelani said: “I am delighted that the surgery has gone well and the girls, their family and the local team have had a good outcome.

“It is through this process of teamwork and knowledge-sharing globally that we can hope to improve the outcome for all children and families that find themselves in this difficult position.”

Kamal Rahman, one of the founders of Gemini Untwined, added: “It’s exciting that we have now helped three families from different countries with this life-changing surgery.”

Mr Rahman said the prevalence of conjoined twins is higher in less developed communities where there is little foetal monitoring, which is where charities like Gemini Untwined can assist.

He said: “Gemini seeks to provide not only research and technical support to the local medical teams but also financial support to facilitate the complex surgery and post-operative rehabilitation where needed.

“We are presently supporting other families that find themselves in this challenging situation.”

It is estimated that around 50 sets of craniopagus conjoined twins (those who are joined at the head) are born around the world every year. On average the vast majority of these sets of twins die in their first days of life with just 15 surviving beyond their first 30 days.

Gemini Untwined will be developing its technology and sharing it with other medical teams in order to give more craniopagus conjoined twins a chance at life.