Israeli field hospitals set up inside Ukraine and at borders 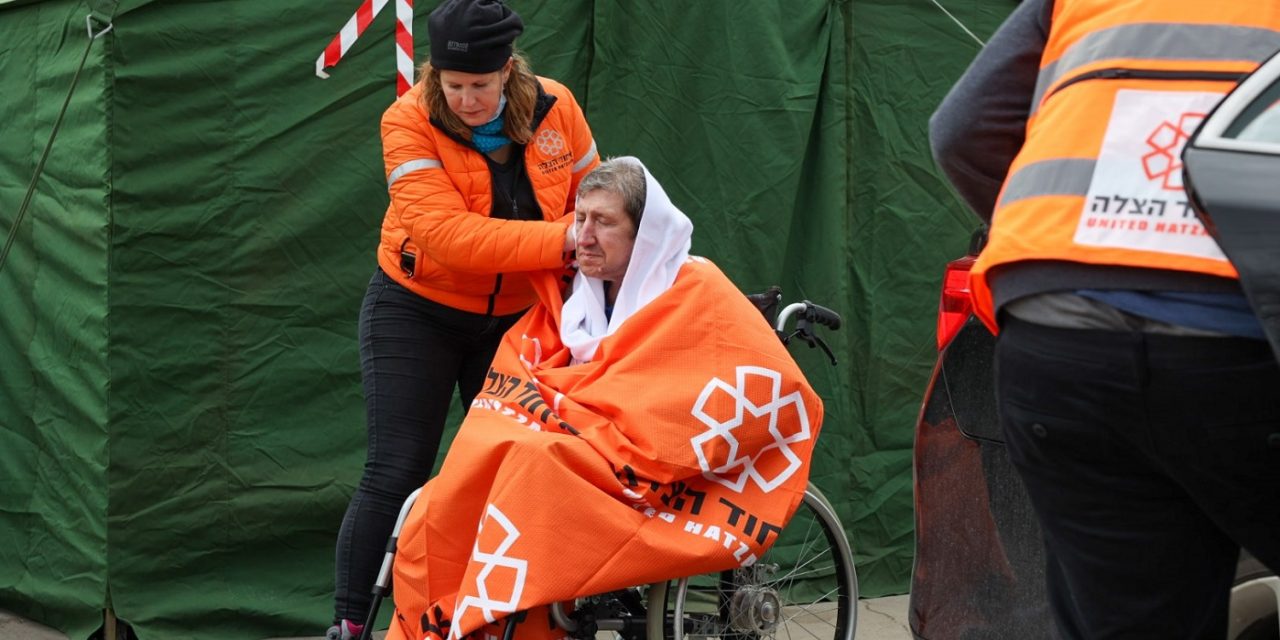 “We are acting on our moral duty”

Israel is setting up a field hospital inside Ukraine to help treat the sick and wounded. Israel’s foreign ministry announced that the field hospital will include treatments for children and adults, an intensive care unit, a delivery room and first aid clinic.
It is being operated by Israel’s Sheba Medical Center, Clalit Healthcare Services and medical staff from other hospitals.

“We are acting on our moral duty, we increase the humanitarian aid and we extend our help to the Ukrainian People,” said Minister of Health, Nitzan Horovitz. “The Ministry of Health sent aircrafts with medical equipment and medicines and now we will also establish a field hospital to aid the refugees on the scene. The Ministry of Health and the State of Israel stand clearly on the side of the Ukrainian People. We shall continue to assist, as much as needed, in saving the lives of civilians whose lives were destroyed in a moment.”

The field hospital is operated by Israel’s Sheba Medical Center, Clalit Healthcare Services and medical staff from other hospitals.

Meanwhile in neighbouring Moldova, one of Israel’s emergency services, United Hatzalah, has already set up a field hospital serving refugees. In the first week, the Israeli group provided over 10,000 people with medical care and humanitarian aid and served over 4,000 hot meals to people temporarily sheltered in Chisinau.

Linor Attias talks about the tragedy of the refugee crisis in Moldova currently
As refugees begin taking shelter in or medical field hospital because there is nowhere else.#UkraineRussianWar #Ukraine️ #Refugees #HumanitarianAID pic.twitter.com/gqfE5tfbMc

One story from medical teams on the ground

Vicky Tiferet left Kyiv 31 years ago upon the dissolution of the USSR with little more than three suitcases and her parents. Now, she has returned to the Ukrainian border as a United Hatzalah volunteer, working to assist refugees crossing the border to Moldova in order to escape the Russian invasion. She shares her experience with Jerusalem Post.

Vicky is a member of the organization’s Psychotrauma and Crisis Response Unit. Last Saturday, she left behind her husband, her four children and her day-to-day job as a massage therapist in order to assist and treat those escaping Ukraine to safety.

“People have been incredibly thankful that we are here. We were the first international relief team to arrive in the area. Refugees who are staying in the community have opened their hearts to us and are constantly sharing their stories of what they have left behind.”

For Tiferet, this job carries extra significance, as she too left Ukraine once, immigrating to Israel with her family after the dissolution of the Soviet Union.

“When I left, it wasn’t because of a war but because we were immigrating to Israel” she recalled. “Still, it was an upheaval of sorts. I find that because of my experience, I am throwing myself into helping these people with full force. No one should have to go through what they have experienced. “

Tiferet recalled one of the people they treated, a man, suffering from shock and panic attacks.

“The man told us that he had driven for four days straight with his family to escape Ukraine and that they had a nine-month-old infant with them. They were scared because they weren’t sure whether they would make it out alive or whether they would be killed on the way,” she said, adding that they made it to the border safely and found a place to stay.

“When he heard that there was a medical and humanitarian team here, he left the room that his family was staying in and came to see us in order to get a medical checkup,” she continued, sharing the heartwarming moment that followed.

“Everyone is talking about you here,” he told Tiferet. “The whole place knows about the orange medical team that has come from Israel to help.’

“I was shocked to hear this. We have only been here for two days at the time and word had already gotten out. We gave him a thorough exam, including connecting him to a heart monitor and we found that he was, thankfully, in good health.”

But the gratitude and warmth that the United Hatzalah team were greeted with didn’t stop there, she said.

“Later in the day, as one of the families passed through the gates of the border crossing, a young boy from the family ran up to me and gave me a big hug. We hadn’t even exchanged a word but he thanked me for being there for him and his family. I’d be lying if I said that I didn’t cry.”

The deep gratitude of those being treated by the United Hatzalah delegation is all the more understandable when Tiferet shares the scenes she has witnessed at the border, and which the refugees have undergone themselves.

“On Monday night, we heard air raid sirens coming from the Ukrainian side of the border,” she said. “People at the crossing were scared and we weren’t sure if it was because of a bombing or a curfew. We couldn’t know what was happening on the other side, but we were able to help those who were passing through the border to Moldova.

“We provided food, medical treatment, and a sense of humanity amid the chaos. War can cause people to forget their own worth and their own humanity. We are here to return a small sense of that to these people.