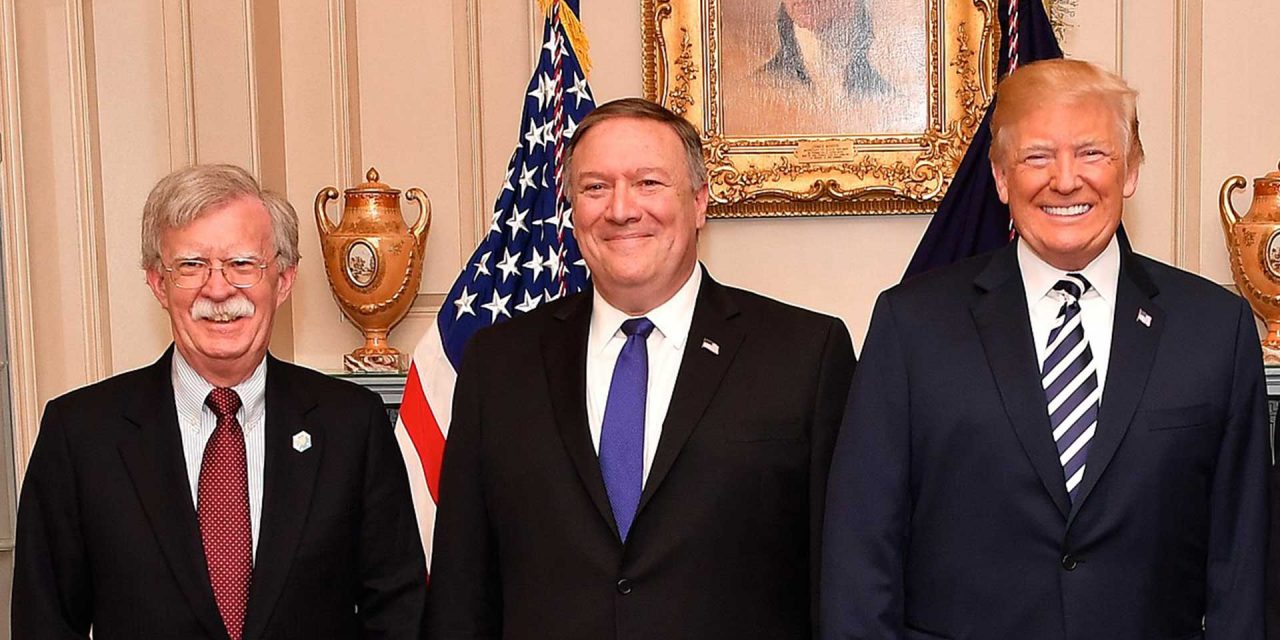 A troubling story came to light this week after a US State Department official revealed that the Iranian Revolutionary Guards were plotting to kill senior officials of the Trump Administration. Meanwhile, the US is continuing its negotiations with Iran, pushing forward with a far weaker deal than was originally agreed under Obama.

The news is most shocking as this plot is classified by US law as an “act of war”. However, the Biden administration isn’t treating it as such and is instead continuing to negotiate with Iran, with rumours that the US could turn to Iranian oil as they move away from Russian imports. Each of these moves will bolster Iran and put Israel and her allies at greater risk.

The Washington Examiner was the first to break the story:

At least two Iranians belonging to the Islamic Revolutionary Guards’ covert-action Quds Force have been plotting to assassinate former national security adviser John Bolton, according to a Justice Department official with direct knowledge of the investigation.

The Washington Examiner is withholding some details of the plot against Bolton for national security reasons, but the DOJ source described it in highly specific terms as supported by significant Revolutionary Guard reconnaissance activity and involved an effort to recruit an assassin on U.S. soil.

The Justice Department source said prosecutors, FBI agents, and intelligence community personnel involved in disrupting the plot against Bolton are frustrated and angry that there have been no indictments and suspect political foot-dragging. The official added that Bolton and Pompeo were asked to sign nondisclosure agreements in return for their being briefed on classified intelligence related to the threats against them. Bolton and Pompeo declined to comment for this story.

Iran has also threatened former Secretary of State Mike Pompeo, as well as other former Trump officials who worked on issues related to Iran… Congress in late 2020 approved the stepping up of Pompeo’s security detail beyond his government tenure principally because of Iranian threats. There have also been reports of more robust Secret Service presence around Bolton since January… the suspected Iranian plot against Bolton is “believed to have precipitated [Biden] national security adviser Jake Sullivan’s Jan. 9 warning to Iran that the U.S. would protect officials ‘serving the United States now and those who formerly served.’”

Further backing up the claim that the Biden administration is failing to act on this matter. Arutz Sheva reports the following:

The DOJ [Department of Justice] has strong evidence that the Iranians were plotting the murders but reportedly the Biden administration is refusing to issue indictments against the men, worried that such a public announcement could ruin the Vienna nuclear talks with Iran at a sensitive time when they are close to the finish line.

The DOJ official said that evidence of a conspiracy to assassinate Bolton is so serious that public indictments needs to be immediately issued.

Under US law, it is an act of war for a foreign power to attempt the assassination of US citizens in the United States. So by rights, at a minimum, the Biden administration should be expected to pursue Bolton’s would-be assassins with the full force of law. But in a testament to the obsessive-compulsive nature of the administration’s pursuit of a deal with Iran, not only are US President Joe Biden and his administration not retaliating for this act of war, they are also giving the Iranian regime a free pass to wage war against America on its sovereign territory.