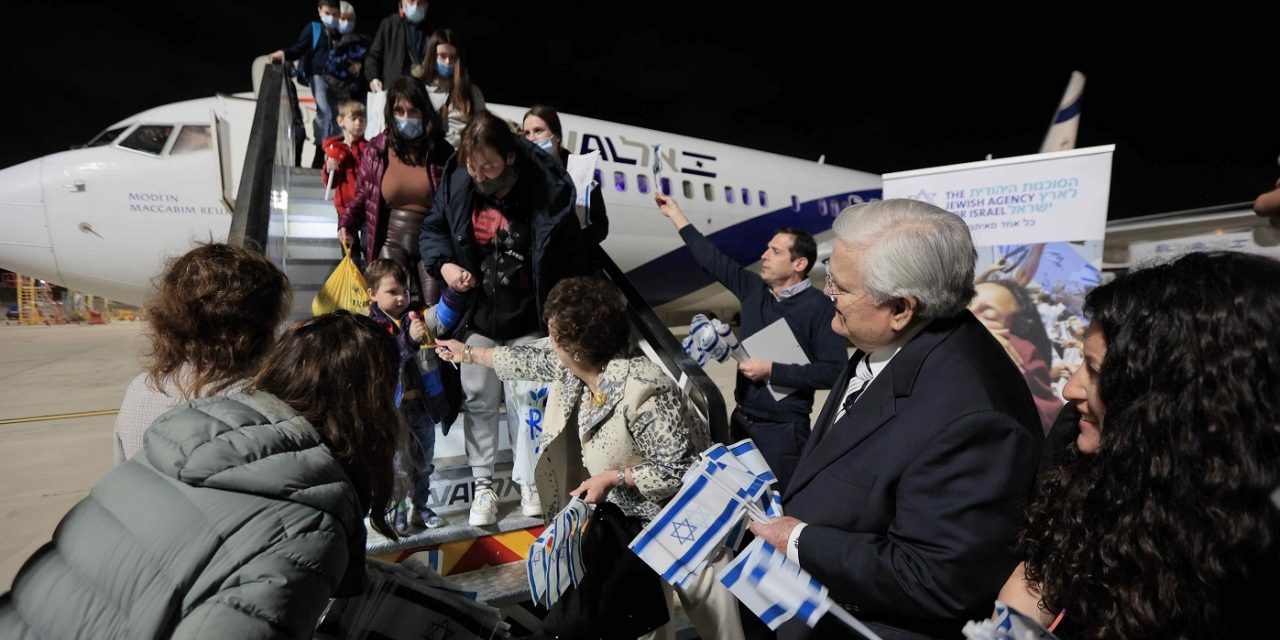 “A miracle in progress.” That is how Pastor John Hagee described the moment he and the leadership of CUFI welcomed a group of 150 Ukrainian Jews as they landed at Ben-Gurion International Airport in Tel Aviv on Wednesday.

The Jewish refugees are among thousands hoping to make the journey from eastern Europe over the coming days.

Speaking on the tarmac, Pastor John Hagee said, “There are thousands more innocent women, children, and elderly trapped in Ukraine, seeking safety and freedom,” he said.

“”Help us help the Jewish people of Ukraine now,” he said, “When we declare, ‘Never Again,’ it is more than a slogan, we are making a promise—and this promise is being fulfilled through the generosity of CUFI’s members and partners in rescuing Ukrainian Jews from danger and helping them find refuge in Israel.”

Among those on the plane were the Varshevsky sisters, who never met (the parents divorced and the father remarried). Each knew she had a sister but never knew how to find one another. After being rescued and in the shelter, as names were called out, they realized they share the same name and immediately realized the miracle. Now they are coming home together.

Earlier this week, CUFI UK supporters joined the efforts to help support Jewish refugees who want to make Aliyah to Israel. To help us ensure every Jewish person at risk in Ukraine can find safety in Israel, please donate to https://www.cufi.org.uk/donate-ukraine/