Thousands of Ukrainian Jews are among those fleeing war-torn Ukraine. It isn’t the first time Jewish life there has been abruptly uprooted. Jews were forced to flee due to the Russian Pogroms in the early 20th century. Then during the Holocaust over one million Jews in Ukraine were murdered. Many Ukrainian Jews are Holocaust survivors and certainly most are descendants of survivors.

Right now, Ukrainian Jews form part of Europe’s fastest migration movement in decades. But this time, unlike previous occasions, the Jewish people have a national homeland, a refuge in Zion.

Many Jews have decided to respond to Israel’s invitation to make Aliyah (the term used to describe Jewish immigration to Israel). Over the weekend 100 Jewish refugee children were among those who set foot on Israel’s soil with just the bags they brought from their homes in Ukraine. At this moment, over 8,000 want to leave Ukraine for Israel, but this number is likely to increase.

Will you help CUFI enable these Jewish people reach Israel? 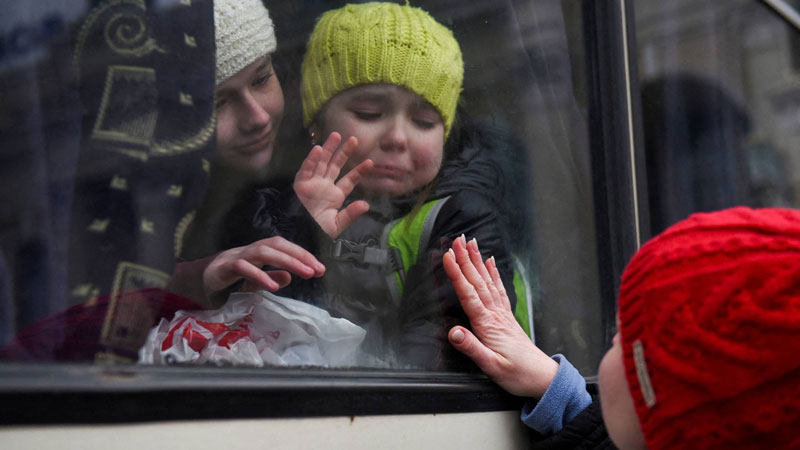 Alexandra, 12, holds her sister Esyea, 6, who cries as she waves at her mother Irina, while members of the Jewish community of Odesa board a bus to flee Russia’s invasion of Ukraine

We’re seeing history unfold before our eyes. In Odessa this week, Jewish parents placed their children and the most vulnerable onto buses, expecting the coastal city to be one of the next targeted by Russia. Among them was 91-year-old Maya, a Holocaust survivor whose immediate family were murdered in the Holocaust. She lost her father, mother, brother and sister. She told reporters how boarding the bus brought traumatic memories for her as she likened it to WW2.

On that occasion, Christians were silent during Hitler’s attack on the Jews, other than a few righteous Gentiles. We must not remain silent again.

The State of Israel hasn’t seen such an influx of Jewish migration on this scale since its creation. We are witnessing not only unprecedented times, but prophetic times. The return of the Jewish people is a fulfilment of Scripture. It’s heart-breaking to witness European Jews fleeing for their lives… again. But we share in the joy of those who are finding refuge and hope in Zion. As the Bible says in Isaiah, “The Lord has established Zion, and in her his afflicted people will find refuge.”

As the clouds of war gather over Europe, we’re reminded that the State of Israel remains a safe-haven for an afflicted people from all corners of the earth. And not only that, but the Jewish people are thriving in their ancestral homeland. Standing with Israel is standing with the Jewish people all around the world. 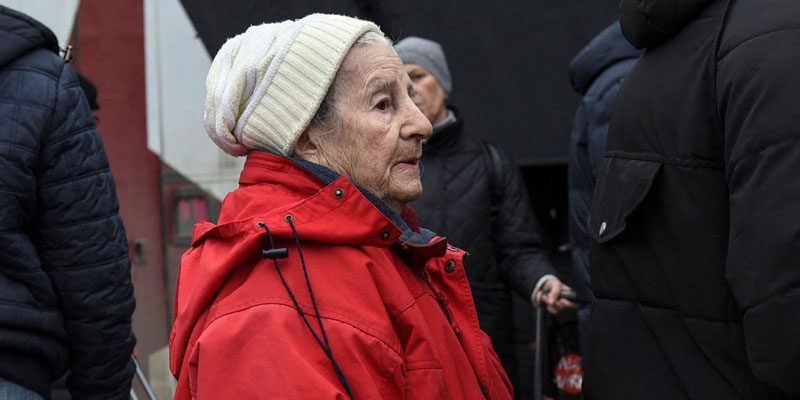 Please will you consider giving your best gift to help Jews who have escaped Ukraine so that they can relocate to Israel. We’re working with our partners by funding the travel costs and other needs and will ensure your donation is used effectively to help the most vulnerable.