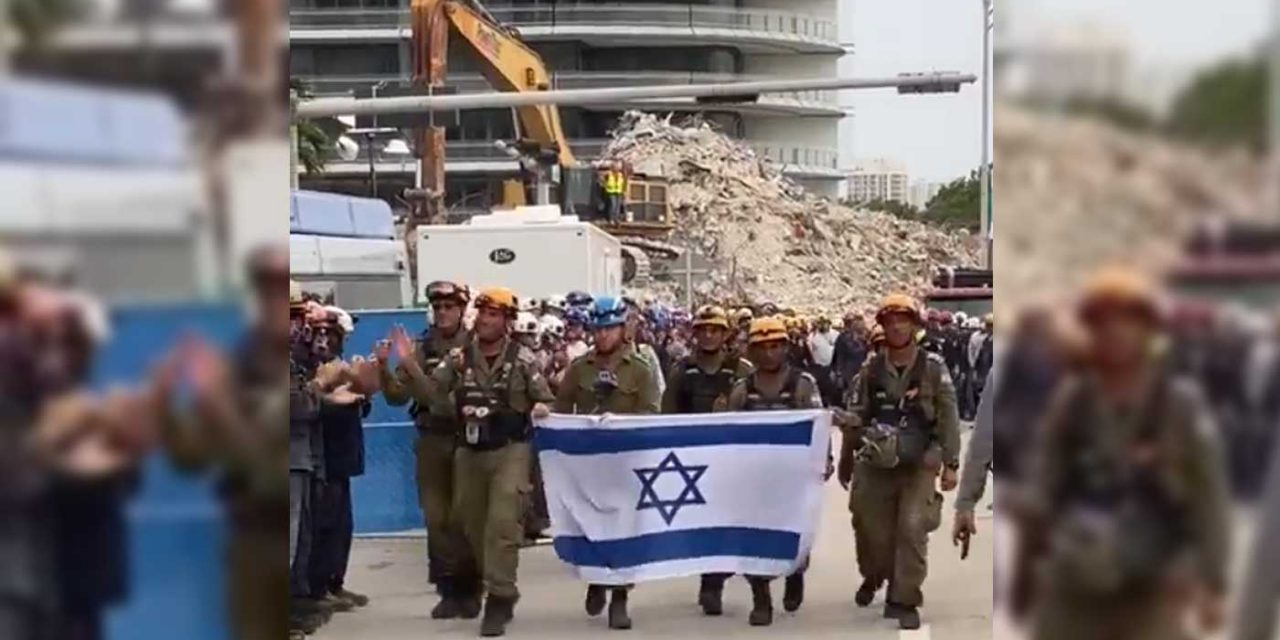 It isn’t necessarily a skill a country wants to be known for, but Israel is an expert when dealing with disasters because of the tragedies they have endured since their rebirth in 1948.

These skills have proven invaluable to the search and rescue efforts following the collapse of the Champlain Twoers South building in Surfside, Florida last month.

It was reported this week that all of the victim’s bodies have now been recovered. Sadly, the final death toll stands at 98 victims. A very sad loss of innocent lives.

The recovery of the bodies was in a large part thanks to the small Israeli search and rescue team who was responsible for locating 81 of the 98 victims, with the Americans recovering the remaining victims.

Clearly, it isn’t a competition when it comes to recovering victims bodies. However, this article is to highlight the sad reality of the situation: Israel has become a world leader in recovering bodies and rescuing victims from disasters because it has faced so many tragedies of its own.

Whether it was during the suicide bombings of the first and second intifada or the various wars raged against the Jewish state by her neighbours, Israel was required to develop techniques and procedures in order to deal with multiple injury incidents such as suicide bombings, or learning to develop techniques for recovering victims from the rubble after rocket attacks.

Israel’s advancements in this area mean it now leads the world in a number of areas.

In 2013, the WHO began the process of ranking emergency medical teams that arrive at foreign disaster sites on a scale of one to three. Israel is currently the only nation to receive the top mark.

As such, Israeli teams of experts have been deployed to some of the world’s worst disasters such as the earthquake in Haiti in 2010, the tsunami in Japan in 2011, a typhoon in the Philippines in 2013 and an earthquake in Nepal in 2015 and Mexico in 2017. There are numerous examples of Israel coming to the aid of nations in their time of need. Are they lead the way on every occasion.

We are so grateful that Israel has committed to helping other nations. While the world demonises the Jewish state, they instead bless the world with their expertise. The lies of the enemy will not change the truth. Israel is always there to help, whether it is their trusted ally the US, or any other state touched by disaster.