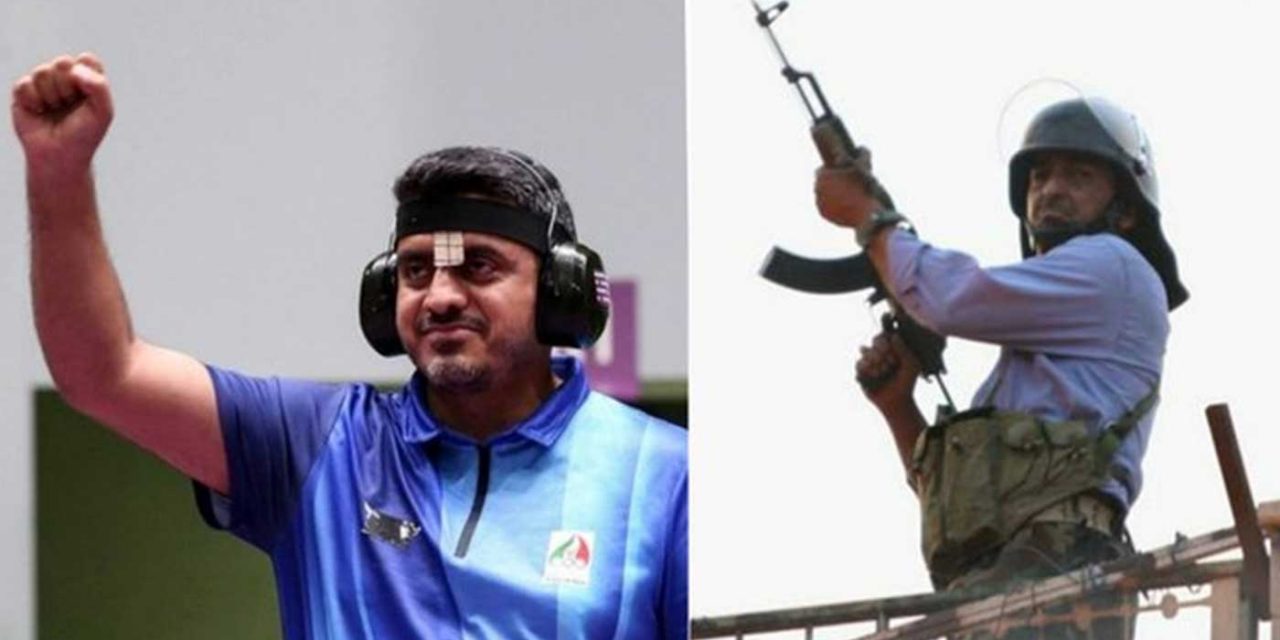 The latest controversy of the Olympics comes after an Iranian gold medalist is accused of being part of Iran’s militia that is often involved in brutal crackdowns of Iranian protestors.

Javad Foroughi, 41, won Iran’s first gold at the Tokyo 2020 winning the men’s 10m air pistol competition. And he did so in style, earning the highest score in the history of the competition at the Olympics.

Foroughi is clearly skilled, but activists are demanding the Olympics Committee withdraw Foroughi’s gold medal which he immediately dedicated to the Supreme Leader Ali Khamaeni.

“He is a member of the IRGC, a terrorist organization. The IOC [International Olympics Committee] can’t remain indifferent to this,” former world youth wrestling champion Sardar Pashaei tweeted July 24(link is external). Pashaei now lives in the US and has campaigned for an IOC sanction on Iran’s Olympics program for ordering athletes to avoid competing against Israelis in international events.

#JavadForoughi, Iran's first gold at @Tokyo2020 in men's 10m air pistol, is member of Revolutionary Guards. He was sent to Syria along with #IRGC forces for 2 years. IRGC killing protesters and assassinating outside Iran.
This is an affront to the Olympic ideals.
#جواد_فروغی pic.twitter.com/G4WwAaKJbC

According to Iran International:

Foroughi’s presence in Syria has led to accusations by Iranian activists that he might have been involved in military action as a serviceman in the Revolutionary Guard against Syrian government opponents, including civilian protesters. In an interview with the Revolutionary Guards-affiliated Tasnim News Agency after his win, Foroughi claimed that he had served in Syria as a nurse from 2013 to 2015. In an excerpt from an IRIB program in May Foroughi and another Basij member speak about their deployment to Syria and Lebanon as medical staff and reveal that they were stationed in Khan Tuman and Damascus even before the arrival of Islamic State group.

Activists on social media have also accused Foroughi of practicing marksmanship on “live targets”. “This is an affront to the Olympics ideals,” US-based activist Masih Alinejad tweeted after Foroughi won the medal. Others have posted a famous 2009 photo of a Basij sniper on the roof of a building whose resemblance to Foroughi is striking (see image at top of article).

The claims made by these activists is being disputed by some online and the state-controlled Iranian media have eulogized Foroughi since he won his medal and praised him for dedicating it to Khamenei.

Iran’s foreign minister told the UN's anti-racism conference that his nation’s "willpower is dedicated" to the elimination of Zionism. The UK was among 38 countries that boycotted the...
Read More

A London man has been charged after he defaced 17 bus stops in North West London with anti-Semitic and homophobic graffiti. Nicholas Lalchan, 49, wrote, "Jews and gays are...
Read More

Instead of seeking stronger deal, UK urges Iran to comply with existing nuclear deal that has already failed

This week the UK's new Foreign Secretary, Liz Truss, met with her Iranian counterpart to discuss the Iran nuclear deal and urged the Iranian regime to return to full...
Read More

The United States House of Representatives has overwhelmingly passed a bill to fund $1 billion to Israel's Iron Dome self-defence system after an attempt to cut funding by...
Read More