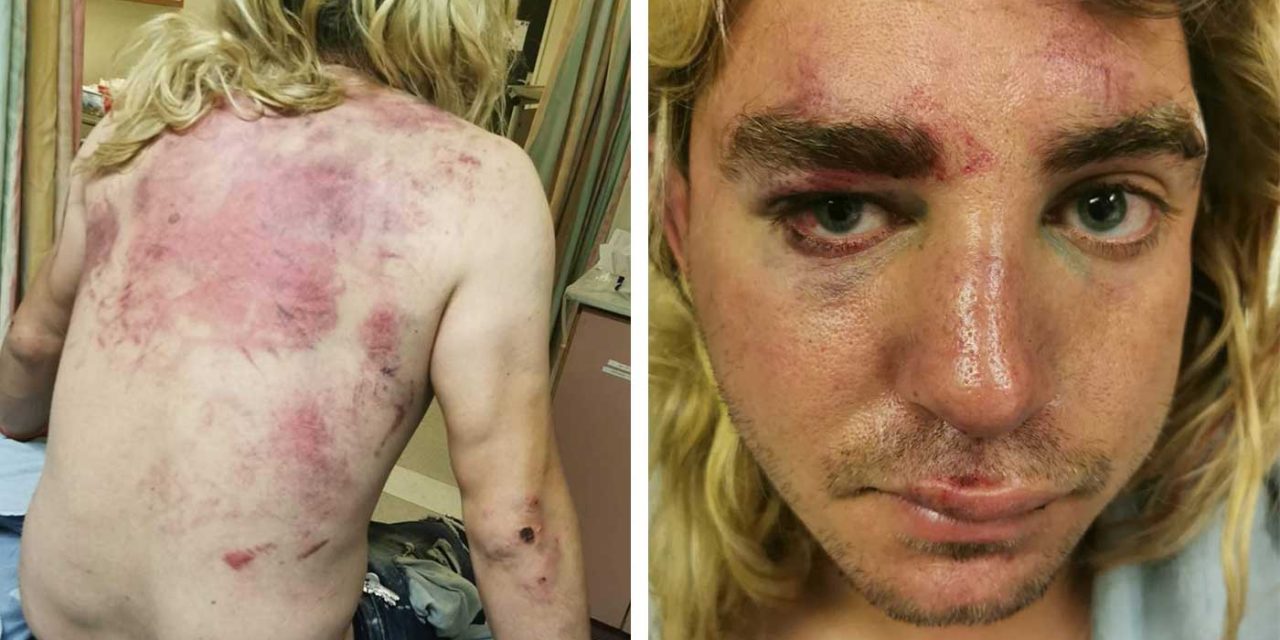 Eli Rosen, a 27-year-old from Jerusalem, was walking his dog late at night in Jerusalem while Palestinians and Israeli Arabs were in the streets rioting and protesting during Ramadan.

“I went for a walk with the dog at about 1 at night and was attacked with murderous blows,” he described. “‘Yehud, Yehud,’ they shouted, and attacked me. Luckily I survived it. Someone else, less strong or stable, would have ended his life there – this is just a third intifada. I got mostly punches to the face, it was a lynch in every aspect.”

Rosen suffered from three vertebral fractures, a sprained left leg and swelling in his head.

Rosen criticized the conduct of the police. “They sprayed tear gas in the air – not what is expected in a life-threatening situation from police forces, who looked from the side and did not respond. I was there alone and it was just a miracle.”

Following the attack, a joint investigation of police and Shabak was opened resulting in the arrest of a number of suspects from Palestinian villages.

“The Israel Police is determined to reach anyone who has attacked Israeli civilians in recent weeks, using all means and operational capabilities, including the special police units that are also working to locate them in Judea and Samaria,” the police said.

On Friday night, dozens of Palestinians and Israeli Arabs protested in anti-Israel and anti-Jewish demonstrations, throwing stones and other objects at police officers, following the Friday prayers on the Temple Mount. The rioters damaged squad cars and fired fireworks at police forces in the area.

One driver reported that stones were thrown at him as he drove in an Arab neighbourhood in the city.

Video clips published on social media showed Muslim worshipers at Al-Aqsa mosque calling, “With spirit and with blood, we will redeem you, Al-Aqsa.”