At least 45 killed and 150 injured in Mount Meron stampede 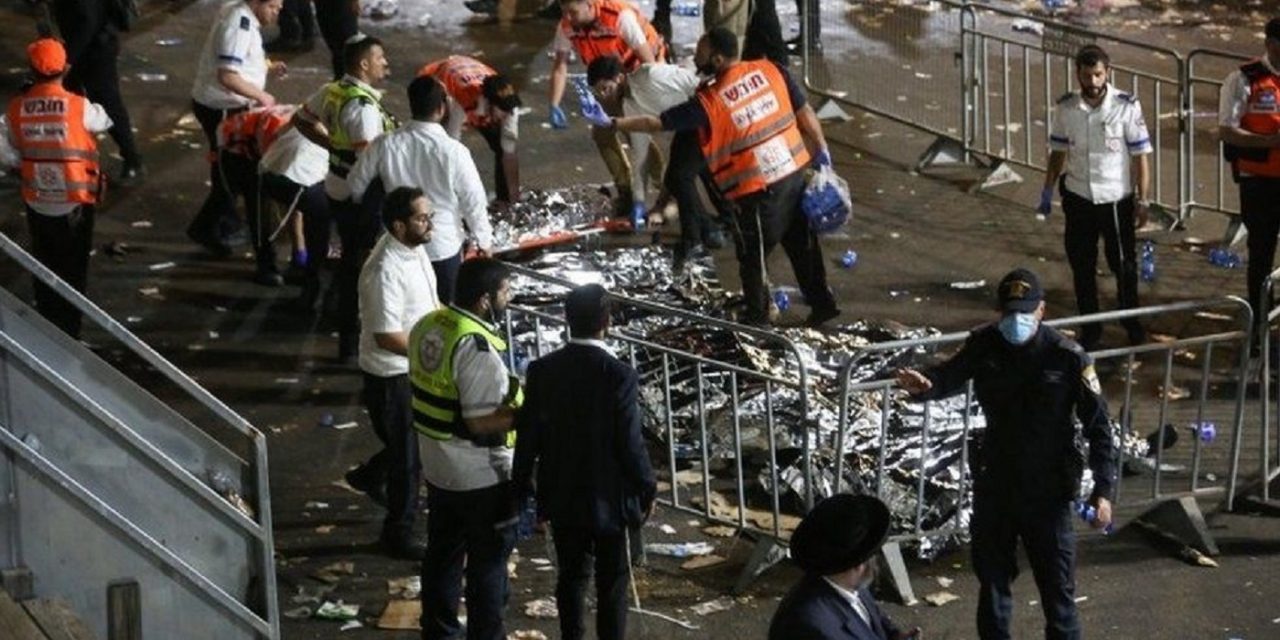 At least 45 people were crushed to death and more than 150 people hurt, including many in critical condition, in a stampede at a Jewish religious festival at Mount Meron, Israel.

It is believed to be the worst peacetime tragedy in modern Israeli history.

Prime Minister Benjamin Netanyahu called the incident “a terrible disaster,” promised a thorough investigation, and said that Sunday would be declared a day of national mourning.

The Magen David Adom rescue service said the tragedy was caused by a crush and overcrowding.

A police official said the incident was centered on a slippery walkway, with a metal floor, where crowding was at a height.

An official told Times of Israel that large numbers of participants in a concert had been moving through the walkway, which was on an incline, many of them “slipped,” falling on those below them, causing a crushing domino effect, the official said.

We have decided not to show videos of the stampede out of respect for those affected.