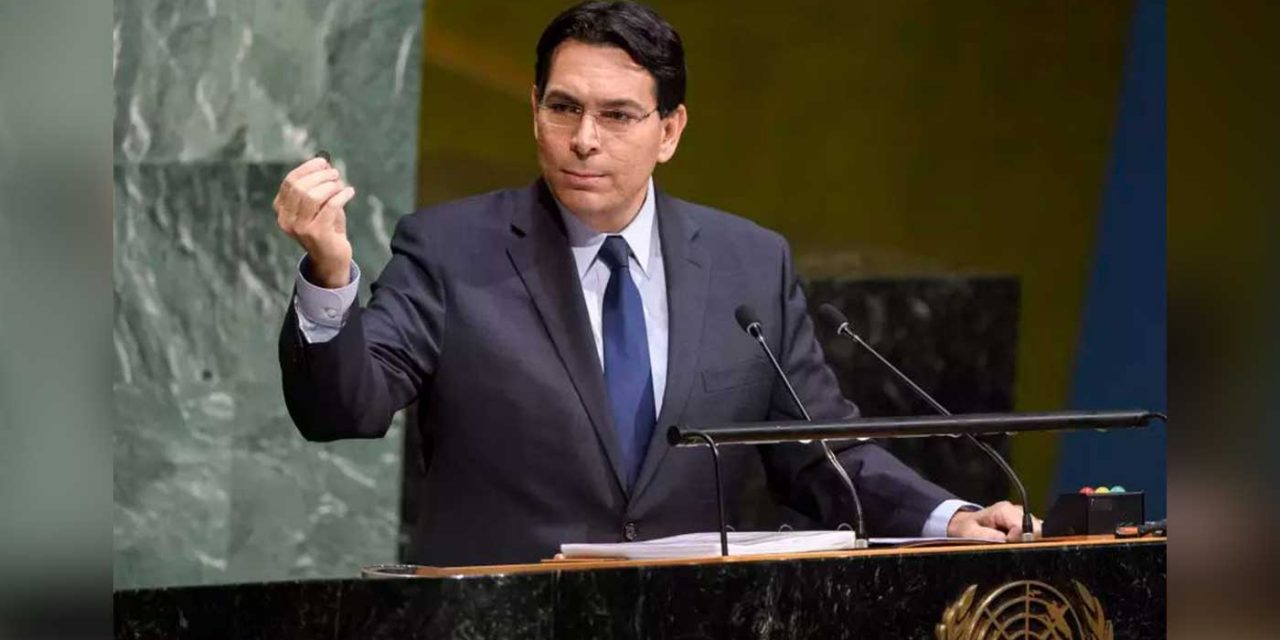 (J Post) Ambassador to the UN Danny Danon urged the United Nations Security Council on Thursday to send a “clear message” to Palestinian leaders that a planned demonstration at the Gaza-Israel border will only “serve to sow violence and instability.”

“The Palestinian leadership had insisted these demonstrations are peaceful, but this past Friday, the world witnessed them turn violent as Hamas and its affiliates exploited women and children as human shields and sent armed terrorists to battle,” Danon wrote in a letter to members of the Security Council.

“It is imperative that the Security Council send a clear message to the Palestinian leadership insisting that it put an end to these riots that only serve to sow violence and instability,” the ambassador added.

Israel is bracing for several weeks of military and diplomatic confrontation that began with last Friday’s march in the Gaza Strip.