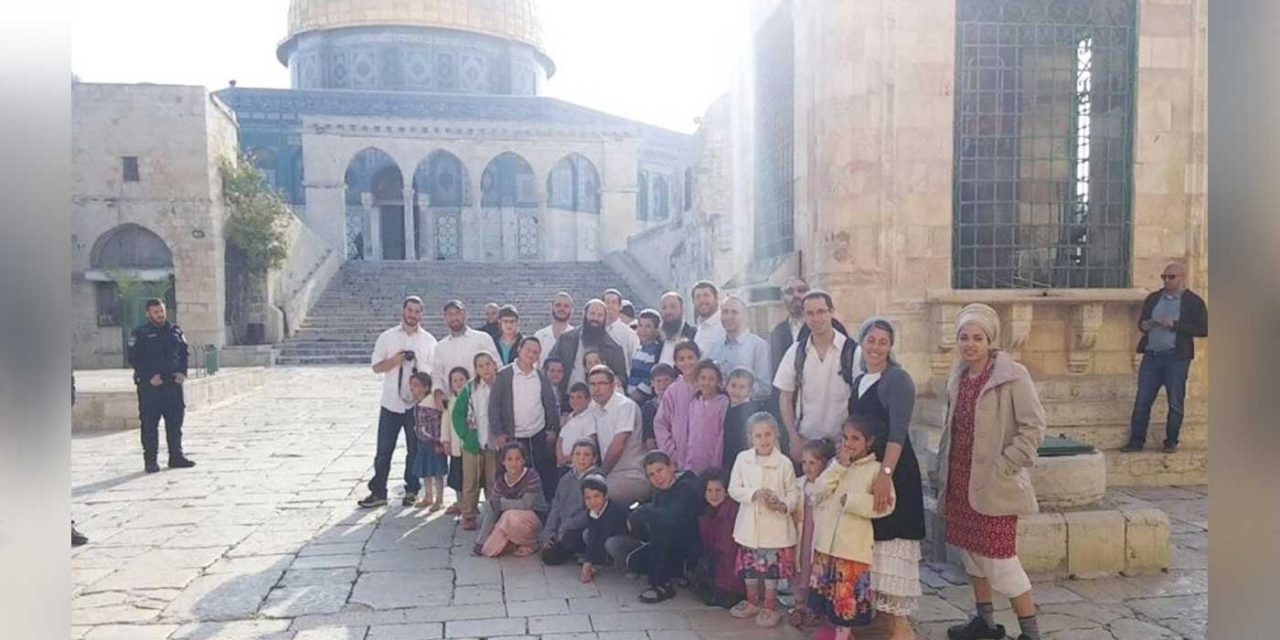 More than 2,500 Jews visited the Temple Mount during Passover, that’s double the amount of last year.

The Temple Mount is the holiest site for Jews but unfortunately, many Jews have never visited as there are restrictions placed upon them. This year, however, 2,593 Jewish worshippers are said to have visited the site during Passover.

The Temple Mount compound was open for Jewish visitors only on chol hamoed (days that are not a holiday, or the Sabbath), and on these days, only for four and a half hours.

Another new record was set when 714 Jewish worshippers entered Temple Mount on Wednesday – the highest number of visitors in one day.

The activists have also noted that no arrests were made by police during the holiday. Arrests are common among the worshippers that are forbidden from praying or carrying out any religious activities on the site.

“This indicates the end of a years-long tough policy that posed a fear of a sudden arrest among the visitors,” the statement said. However, 19 visitors were shortly detained after bowing or loudly praying.

This low figure of arrests – in comparison to previous years (four were arrested in 2017 and 40 in 2016) – and the high number of visitors, may point  to warming ties between the Israel Police and the Temple Mount activists, complacency on behalf of the police, and the increasing trend in visitation to the site with a concurrent decrease in the stigma in Israeli society of doing so.

(Photo credit: Pesach Golmand – A GROUP of residents from Har Bracha south of Nablus in Samaria visit the Temple Mount during Passover in 2017.)