Israel stands with UK at UN over Chagos Islands dispute 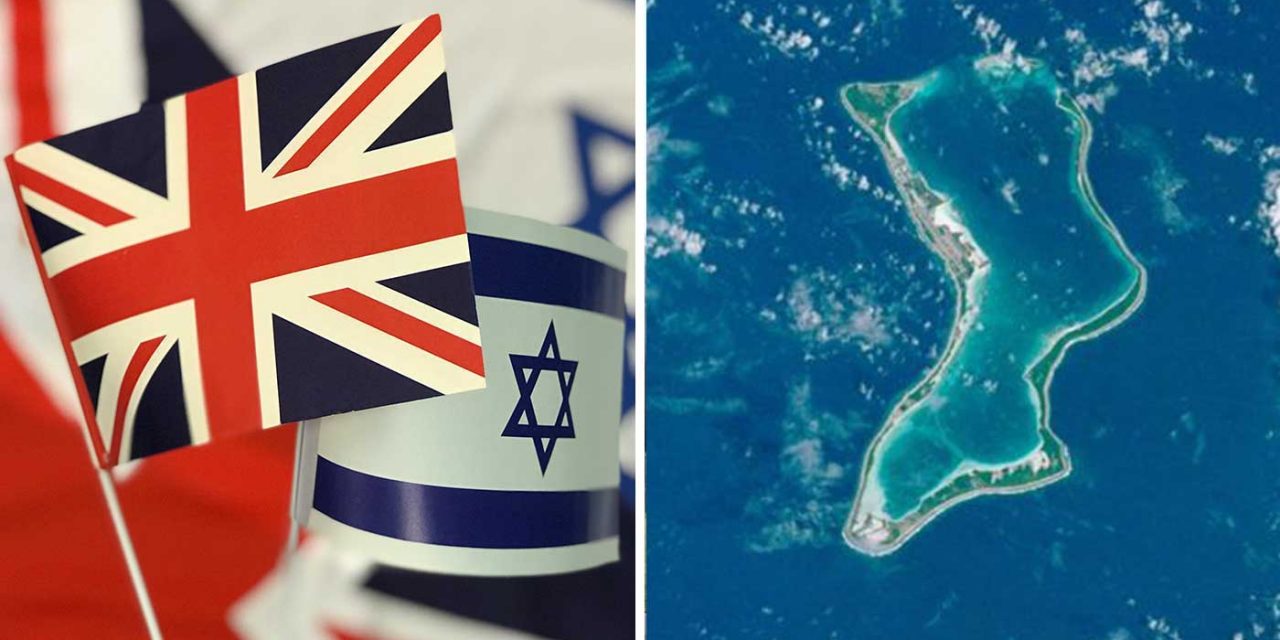 Israel stood with the UK at the United Nations General Assembly this week, voting against the resolution that demanded the UK give up its claim to the British Indian Ocean Territory, otherwise known as the Chagos Islands.

The General Assembly ruling is not legally binding and cannot be enforced, but it is an indication of how the world’s governments see this issue.

As we know from the many anti-Israel resolutions passed at the UN General Assembly, this collective viewpoint is far from being a moral compass in the world. For a start they are deeply anti-Semitic, voting on resolutions that deny the historical facts of Jewish history in the land of Israel and they have condemned Israel more than any other country whilst not once condemning the terrorists of Hamas.

The resolution said that Britain should end its administration of the territory and give them to Mauritius.

The vote passed 116 in favour, 6 against and 56 abstentions.

The UK was joined by Israel, the US, Australia, Hungary and the Maldives in voting against the resolution.

Except for Spain, all members of the European Union abstained from the vote. Spain voted in favour.

Britain’s UN ambassador, Karen Pierce, told the assembly: “British Indian Ocean Territory has been under continuous British sovereignty since 1814. Mauritius has never held sovereignty over it and we do not recognise their claim.”

She added that the government stands by the 1965 agreement with the Mauritian Council of Ministers to detach the British Indian Ocean Territory in exchange for fishing rights and other benefits and a commitment “to cede the territory when it is no longer needed for defence purposes”.

Britain purchased the Chagos Archipelago from Mauritius in 1965 for £3m, creating a region known as the British Indian Ocean Territory.

Between 1967 and 1973, it evicted the islands’ entire population to make way for a joint military base with the US, which is still in place on Diego Garcia.

US planes have been sent from the base to bomb Afghanistan and Iraq. The facility was also reportedly used as a “black site” by the CIA to interrogate terrorism suspects. In 2016, the lease for the base was extended until 2036.

“The joint UK-US defence facility on the British Indian Ocean Territory helps to keep people in Britain and around the world safe from terrorism, organised crime and piracy,” the FCO said.