Belarus: Remains of 1200 Jews, discovered in mass grave, are laid to rest in ceremony 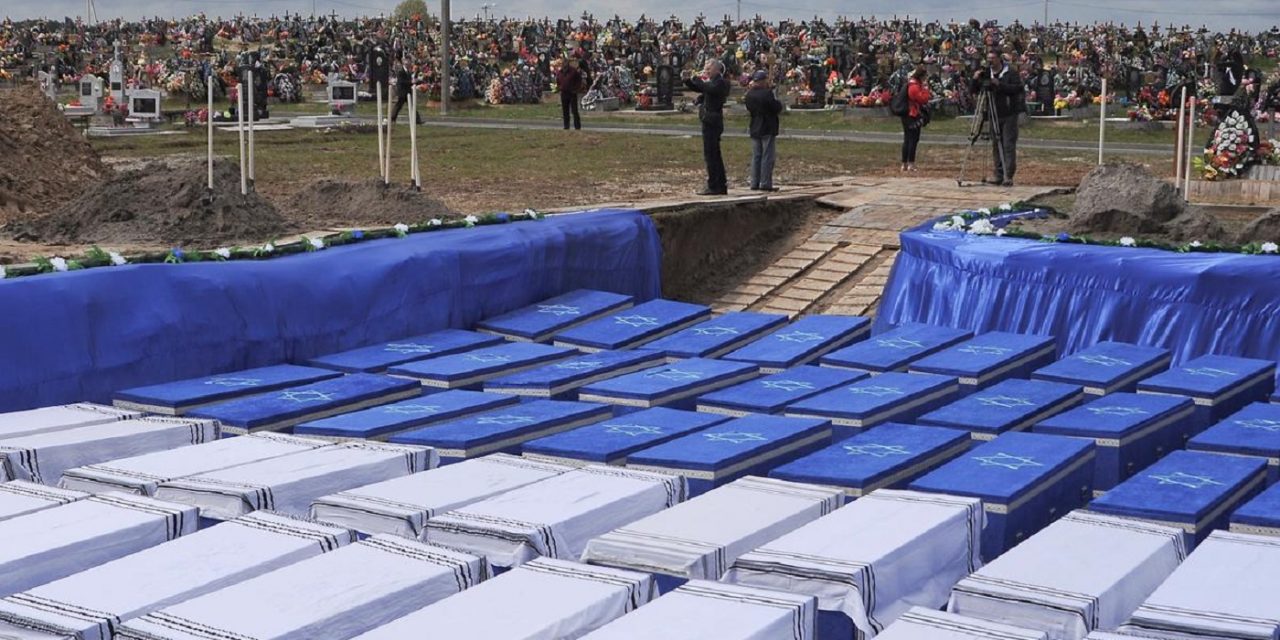 More than 1,200 Jewish Holocaust victims were laid to rest in Belarus on Wednesday after their remains were discovered in a mass grave under a construction site earlier this year.

Builders unearthed a mass grave while constructing a housing development in January in an area that served as a Jewish ghetto from 1941 to 1942.

Belarus was home to a large, vibrant Jewish community before the Second World War, and the discovery of remains of at least 1,214 people in January shocked many.

In a somber ceremony, 120 blue caskets embossed with the Star of David were buried side-by-side in a local cemetery. A rabbi led a funeral service attended by 300 people, including Israel’s ambassador to Belarus. “The soul goes up to heaven through this process, so it was very important for the Jewish community that it was all done with Jewish custom,” Ambassador Alon Shoham said.

Belarusian troops performed a gun salute and members of the community took turns covering the blue coffins with the earth.

To the dismay of some Jewish leaders, officials stopped short of canceling the building permit on the site where remains of other victims might still be found, instead offering to bury the bones that were initially discovered.

Brest was one of the first Soviet Union towns to be attacked by Nazi Germany troops and fell into German hands in July 1941. Like elsewhere in eastern Europe, the Nazi administration set up a Jewish ghetto. An estimated 28,000 people were confined there until it was destroyed in October 1942 when 17,000 residents were taken out of town and executed. The fate of the others remains unknown.

Among the famous Brest natives is late Israeli Prime Minister Menachem Begin, who won a Nobel Peace Prize with Egyptian President Anwar Sadat in 1978. His father was among those rounded up and killed.