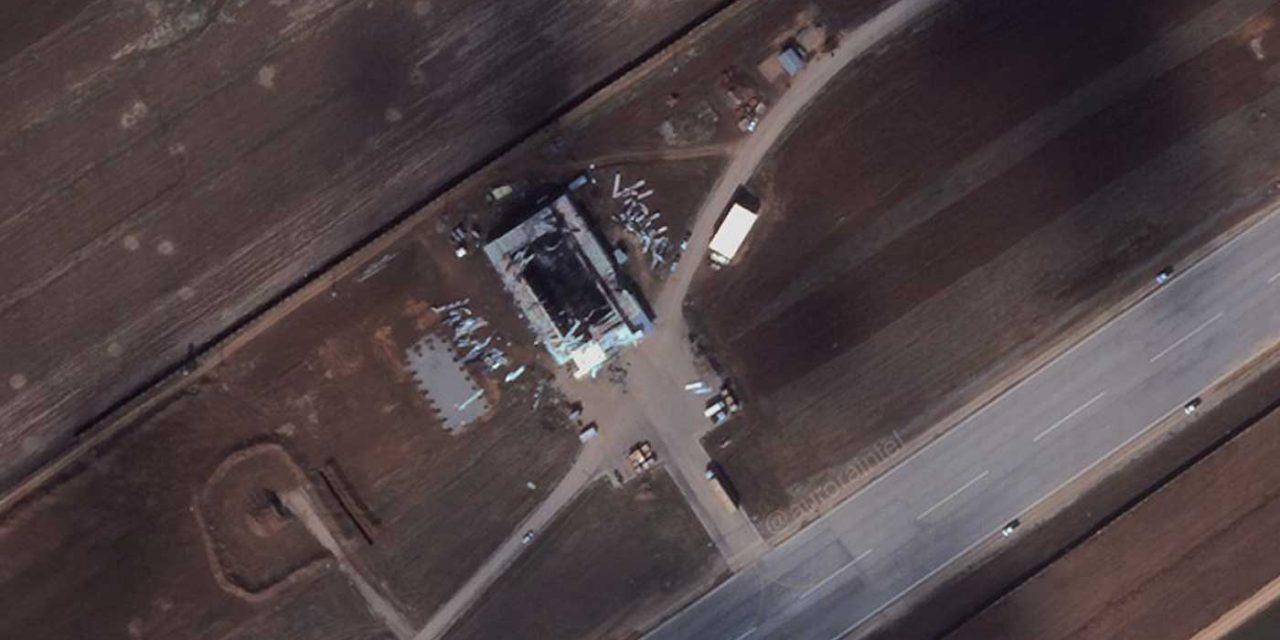 Hundreds of Iranian drones were destroyed in an Israeli drone attack in February, according to Israeli media reports.

The news was also covered on Lebanese television station Al Myadeen, which is affiliated with Hezbollah and Iran.

Israel is alleged to have used five armed UAVs (unmanned aerial vehicles or drones) in order to carry out the attack.

The incident was said to have taken place on 14th February 2022.

At the time there was news that a facility had been damaged. Iran initially reported it as a “fire” that caused the damage. Although Aurora Intel suspected based on satellite imagery that it was indeed a strike that had taken place. And that now appears to be the case.

Sat. Imagery via @planet shows the damage at the Mahidasht Base (#IRGC), Nezaja's 4th UAV Battalion in Kermanshah, #Iran on the 14th Feb. 2022, according to local reports it was caused by a fire, however as always, when incidents at military bases happen, people speculate. pic.twitter.com/4c6VsSC8kS

Over the weekend, Iran confirmed it fired 12 missiles from its territory that fell near the newly-constructed US consulate in Erbil in northwestern Iraq on Saturday night. The Iranians claim the attack was against Israeli agents in the area. A Kurdish TV studio was damaged in the attack.

It appears the cruise missile attack was in response to Israel’s drone attack.

Tensions are increasing between Israel and Iran. The Iranian regime is hellbent on destroying the Jewish state and Israel will do everything they can to stop them.

Let’s pray for wisdom for Israel’s military leaders and they do everything in their power to defend their land.