IN PICTURES: London’s Al Quds rally – The good, the bad and the ugly 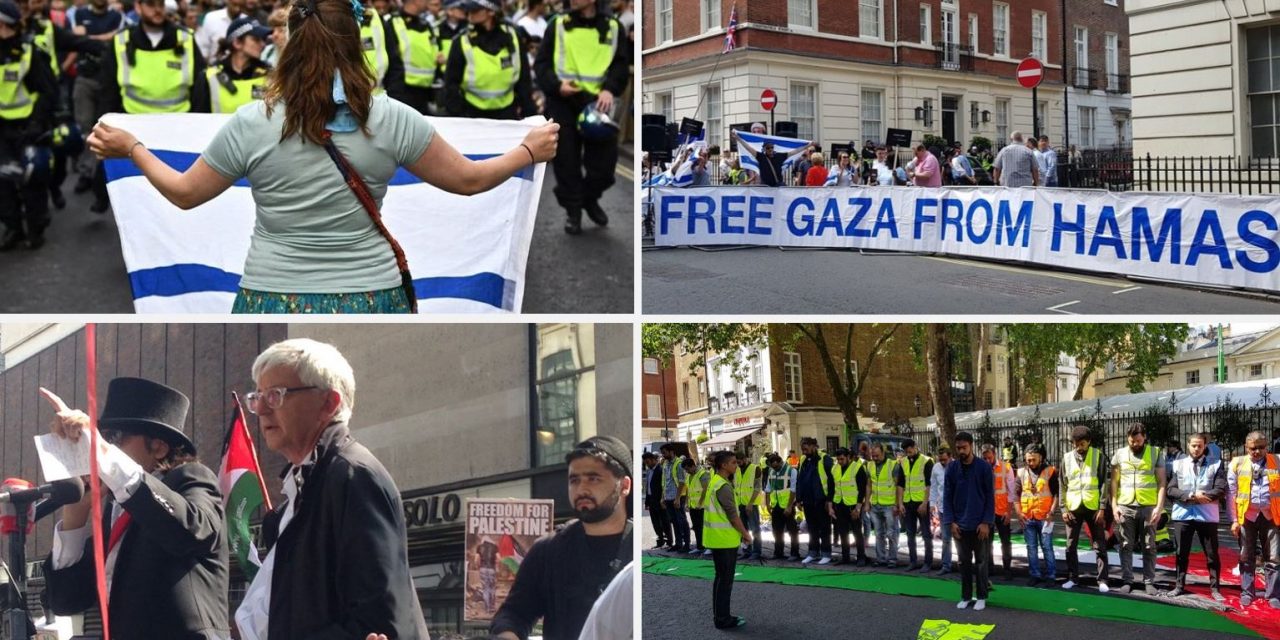 Hezbollah flags were once again flown at Sunday’s annual Al Quds march in central London, where one speaker said Israel should be “wiped from the map”.

Al Quds Day, named for the Arabic word for Jerusalem, is an anti-Israel day of protest held around the time of the final Friday of Ramadan, first initiated by Iran’s Ayatollah Khomeini in 1979.

See some of the key moments below:

This year, once again, protesters were legally allowed to fly the yellow Hezbollah flag, which depicts a hand grasping a stylised assault rifle. 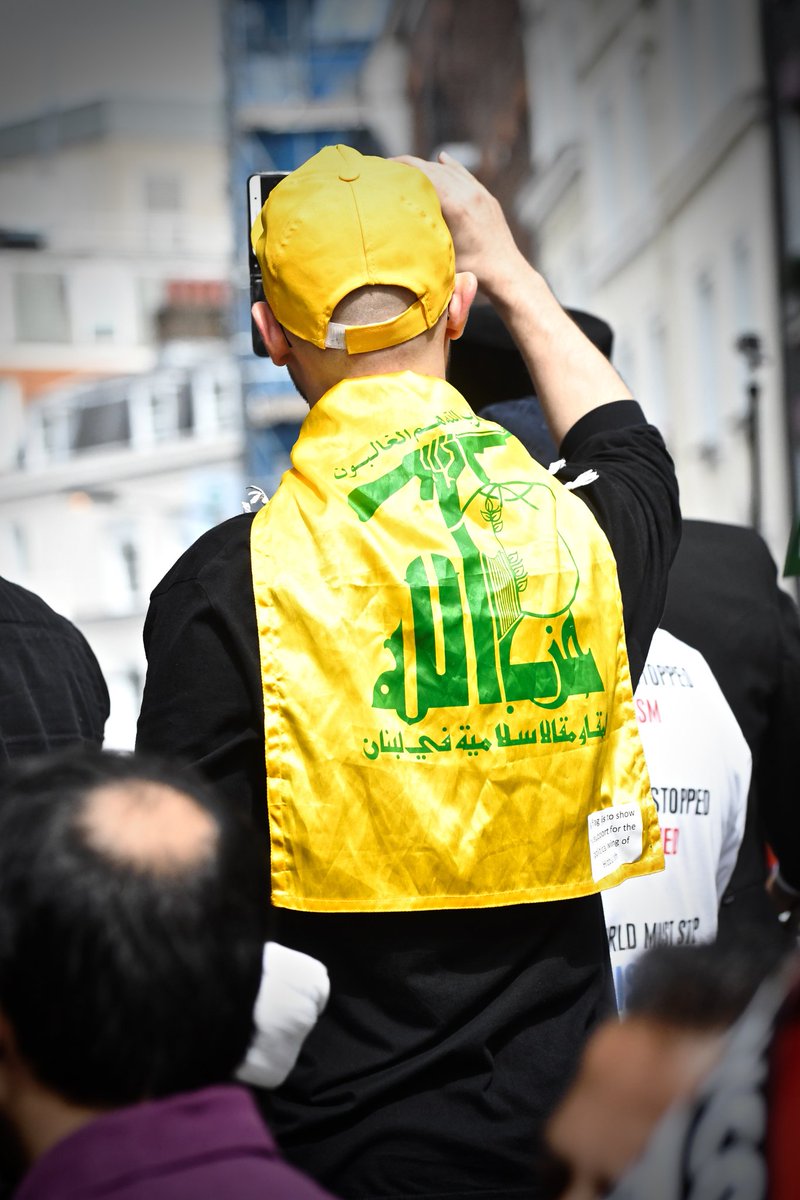 "Judaism yes, Zionism no: The state of Israel has to go" #AlQuds 2018 on the streets of London pic.twitter.com/OK6onpqsOk

The flag was allowed to fly because of a legal loophole as the militant group’s military wing is banned as a terror organisation in the UK but its political wing is not, despite the terror group not making a distinction.

Speakers at the rally, which congregated outside the Saudi Embassy, included former vicar Stephen Sizer and Nick Napier, of the Scottish Palestine Solidarity Campaign.

Nazim Hussein Ali, who at last year’s rally said there was a connection between the Grenfell Tower tragedy and “Zionists”, once again led the protest.

A large cheer went up with shouts of “Allahu Akbar” as Mr Ali encouraged a small group of the ultra-Orthodox Neturei Karta sect, who oppose Zionism, to set fire to Israel’s flag.

Shocking hatred on display as the Israel flag is burned at Al Quds Rally in London yesterday. This was accompanied by chants of "Down, down Israel" led by Nazim Ali, a senior member of Islamic Human Rights Commission (IHRC) and an Al Quds Rally leader.#AntiSemitism #PrayforIsrael #ChristiansAgainstAntiSemitism #CUFI

Posted by Christians United for Israel – UK on Monday, 11 June 2018

Separated by a “neutral zone”, the counter-protest included pro-Israel supporters from around the country. Attending the rally, included Hendon MP Matthew Offord, who said: “We should not have to be here on the streets of London protesting against a terrorist flag.

“We hear there are two wings to Hezbollah, the political wing and the military wing. There is not.”

Posted by Christians United for Israel – UK on Friday, 15 June 2018

Maajid Nawaz, a presenter on LBC radio and the founder of Quilliam Foundation, spoke at the counter demo against the hate-fuelled Al Quds Day rally. Maajid was formerly an Islamist extremist having previously protested against Israel in the Al Quds Rally. However on Sunday he spoke out courageously in support of Israel against terrorism.

Counter-demonstrators shouted “the hate-filled flag of Hezbollah has no place in London”.

They stood behind a blue and white banner which said “free Gaza from Hamas” and also waved banners with the names of people that were victims of Hezbollah. 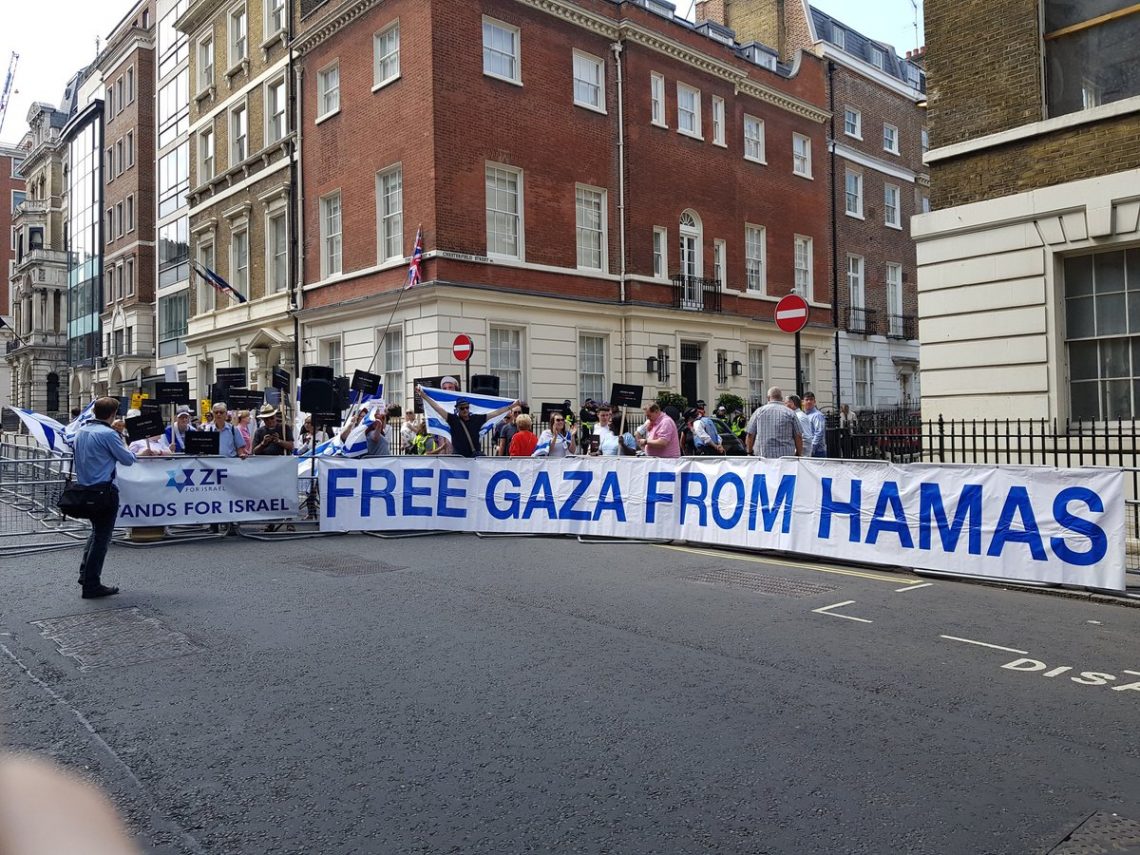 Some held placards which read “Standing United Against Terror” and “Terrorist Flags Off Our Streets”. Supporters of Israel also played the country’s national anthem on speakers, as well as Israel’s recent Eurovision-winning entry.

But two of the most iconic images of the day must include this, showing a woman standing in defiance in the path of the pro-Hezbollah march:

This is what COURAGE looks like!This brave woman stands in the path of the pro-Hezbollah, Al Quds day march in London…

Posted by Christians United for Israel – UK on Monday, 11 June 2018

And also this courageous act by lawyer, Mark Lewis, who blocked the Al Quds march in his wheelchair. “Police saw my wheelchair as a greater threat than a machine gun,” he said. 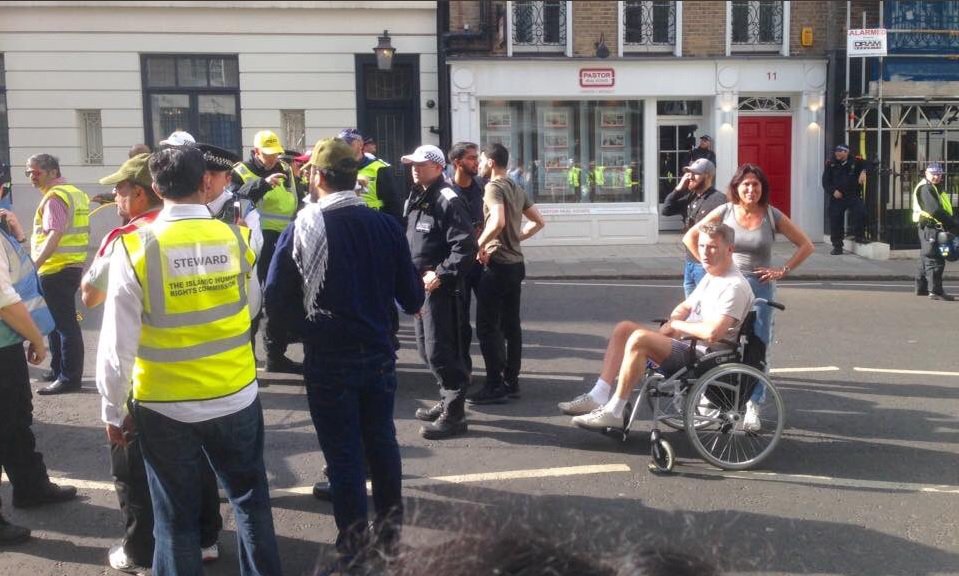 Mark Lewis, who has multiple sclerosis, said “These people were supporting terrorists. We had to object and not give them a free pass. These are our streets. The Government were allowing them a free rein, we had to stop them. I thought I’d challenge the Police to see if they had a legal basis to stop me exercising my freedom to protest. They said they had an order blocking the street. I asked to see it. They looked flummoxed.”