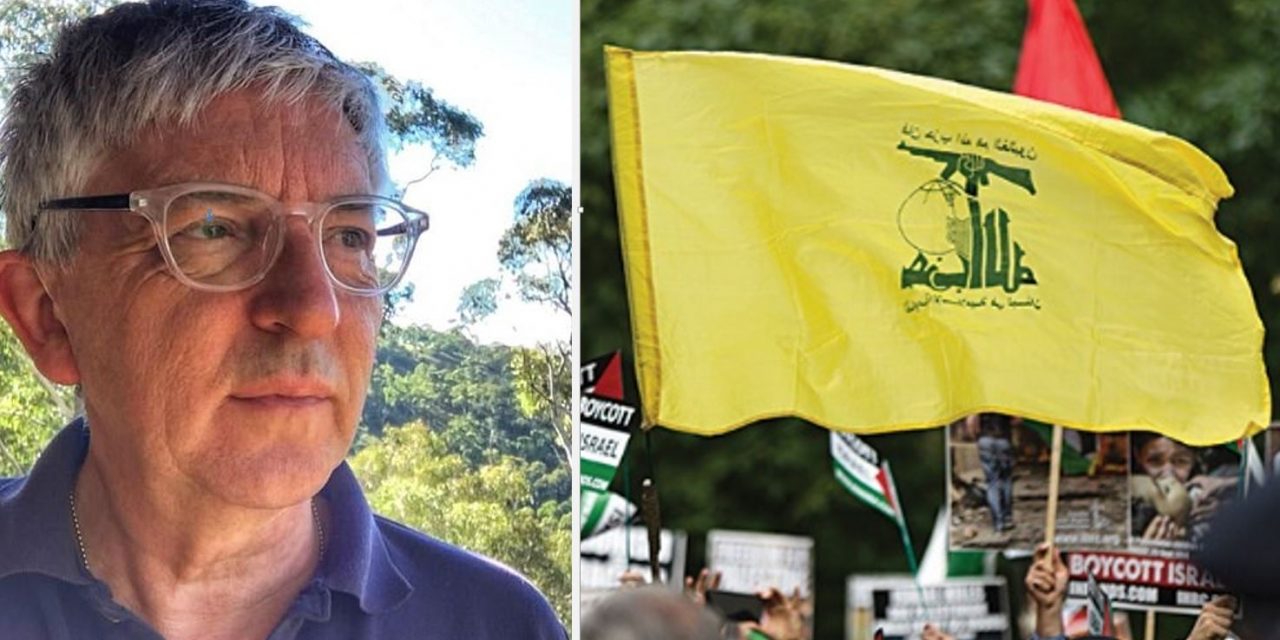 Stephen Sizer, who once supported claims that Israel was behind the 9/11 terror attacks, will be one of the speakers at a London rally that is in support of Hezbollah, a notorious terrorist group calling for the destruction of Israel.

Sunday’s march, which in previous years has seen the yellow machine-gun bearing flags of Hezbollah paraded through central London, is organised by the Islamic Human Rights Commission.

Al Quds day, meaning “Jerusalem Day” in Arabic,  was initiated by Iran in 1979 to express support for the Palestinians and oppose Zionism and Israel’s existence as well as Israel’s control of Jerusalem.

Dr Sizer, who is notoriously anti-Israel, courted controversy for participating in a 2014 conference in Iran, which was described as a “anti-Semitic hate fest”. He has also spoken several times on Iran’s Press TV and lectured in the country.

Despite resigning from his post at Christ Church in Virginia Water, Surrey, in 2016, Sizer remains a prolific opponent of Israel and influential advocate of replacement theology, which teaches the false doctrine that the Church has replaced Israel. As recently as this Spring, Sizer, who now heading up his new organisation Peacemaker Trust, was touring South East Asia and Australia, in which he visited various churches, Christian college campuses and organisations, including World Vision.

Whilst in Australia, broadcaster ABC came under fire for interviewing Sizer on breakfast TV on the morning of Passover in which he attacked the concept of Israel. He said “It’s problematic for me to talk about a Jewish State because by definition there’s an element of exclusion for non-Jews and went on to claim Zionists have “diluted the definition of anti-Semitism to include criticism of Israel”.

Sizer, who lectures in Iran, also defended his appearance in the 2014 New Horizon conference held in Tehran, which included sessions such as “Zionist Fingerprints on the 9/11 Cover-up”.

In December 2015, the Church of England condemned Sizer for sharing material which was “clearly antisemitic”. Sizer agreed not to write, speak or tweet about the Middle East for six months after he was disciplined  for posting a link to an article suggesting Israel carried out the 9/11 attacks.

Coming to Sizer’s defence in 2012 was the now Labour leader, Jeremy Corbyn, who wrote to the Church of England saying that Sizer “seems to have come under attack by certain individuals intent on discrediting the excellent work that Stephen does in highlighting the injustices of the Palestinian Israeli situation, in particular by his very thorough analysis of ‘Christian Zionism’.” Corbyn continued, “Might I suggest that such criticism is part of a wider pattern of demonising those who dare to stand up and speak out against Zionism, a philosophy that precludes the existence of the state of Palestine?”

Corbyn then went on to blame the internet for Sizer’s antisemitic post, saying,  “The internet is a complicated piece of technology and with the best will in the world, imperfect links are made and one would have to spend 8 hours a day “surfing” the net just to be 100% certain one’s views to not become contaminated in any way at all. Even then, connections can inadvertently be made.”

The vicar also attended an event in 2016 at the House of Lords in which one speaker compared Israel to terror group Islamic State while the Jews were blamed for the Holocaust.

The session on the Balfour Declaration, organised by the Palestine Return Centre, was hosted by Baroness Tonge and led to the Liberal Democrats suspending her party membership upon which she subsequently resigned.

After attending the event, Rev Sizer published a social media post about it, breaching the terms of his agreement signed in February last year which effectively banned him from saying anything about the Middle East on any platform.

According to the Jewish Chronicle, Rev Sizer will join notorious anti-Zionist Mick Napier, of the Scottish Palestine Solidarity Campaign, as a speaker at Sunday’s annual demonstration.