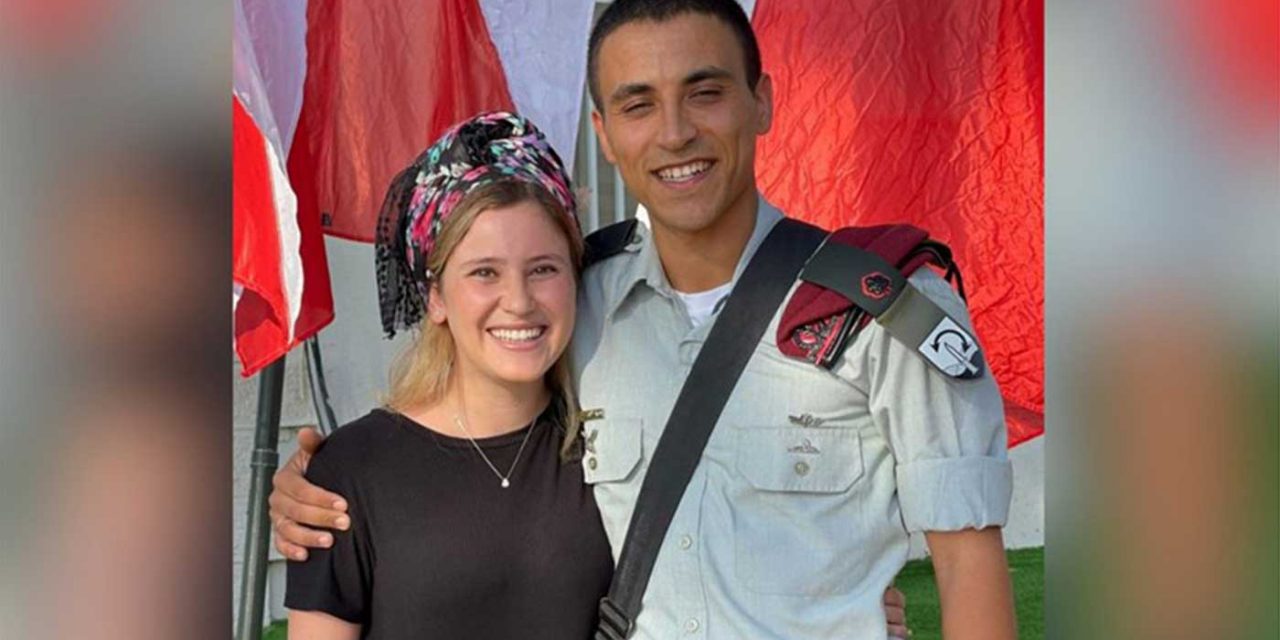 Or Elharar, the widow of Major Itamar Elharar, says she bears no anger towards the soldier who fired the shots which killed her husband in the deadly friendly fire incident last week in the Jordan Valley.

Or said “It’s especially important for me to say who he was and what he meant for me and for his relatives, how much he loved the country. His parents and siblings were everything to him. I think he got all of his values from there.”

Or said that she and her family have received a lot of support in the week since the incident in which her husband and Major Ofek Aharon were killed. “There have been lots and lots of messages, support and hugs from people I have no idea who they are and I have never met. I suddenly realize how huge it is. I feel like everyone who sends me a message is like saying thank you for another night apart, And for another holiday that we were not together, or for even just some family evening that he did not come, that would have made me so depressed.”

A few hours before his death, Itamar completely changed plans to meet her that day. “At noon he called me that he is coming home. We were together until 8:30 that night, and then he left the house. At a quarter to eleven we were still talking, and around one in the morning I got the knock on the door.”

To the soldier who accidentally shot Itamar and Ofek, she wants to convey a clear message. “I would like first of all for him to know that we are not angry, that we are all sending him a lot of strength. I pray and hope he finds a place to draw from them. I try to think if the situation was the opposite – if today I was here with a husband I would like him to continue living.”

This past Shabbat, her first as a widow, Or decided to pray with the congregation which Itamar belonged to. “I started walking and stood there in prayer. So, I believe so strongly with such a pure faith. I constantly feel that I am between conversations, with G-d and with Itamar. It seems to me that this is what gets me through it.”