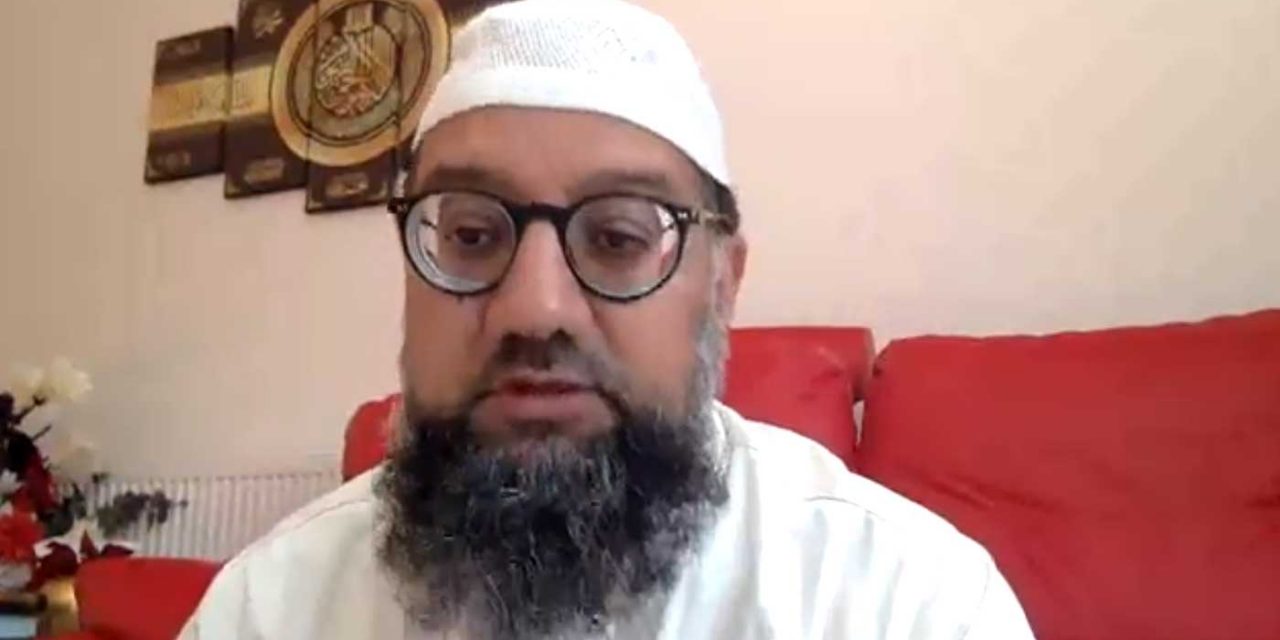 A Muslim cleric has been reinstated to his role in countering extremism under the government’s ‘Prevent’ programme despite himself expressing extremist views, such as praising martyrs, calling non-Jews on Al-Aqsa “vile human beings” and calling Israel a “terrorist state” that needs to be liberated by force.

Imam Irfan Chishti MBE, who works for the government’s counter-terrorism programme, made inflammatory comments in May 2021 during the Israel-Gaza conflict.

Mr Chishti, who received an MBE in 2009 for his services to the Muslim community, is the executive Imam at Manchester Central Mosque and the spokesman for Rochdale Council of Mosques.

A report by the Daily Mail prompted Home Secretary Priti Patel to commission an investigation into what was said, but despite his clearly inflammatory remarks, he has been cleared to continue in his role which charges up to £1,500 a day from the NHS, local councils and other government bodies.

Here are some of the things he said during his speech:

Al-Aqsa (Temple Mount) is being “desecrated by those vile human beings how dare to insult… our blessed place.”

Chishti claimed that under Muslim rule Jerusalem was peaceful but it is “that terrorist state (meaning Israel) forcing terror upon our brothers and sisters,” which has caused unrest in the region.

He said Muslims must be smart, adding that “our Jewish brethren” are “a lot smarter than us”. Note here that he wasn’t saying Israeli but instead Jew.

He said Muslims knew “exactly the strategy that those Jewish, Zionist politicians are doing and we also know how to respond. It’s got to be long term, it’s got to be economic, it’s got to be with strategy”. Again he was singling out Jews.

Mr Chishti suggested that if those supporting Palestine wanted to become “mujahideen”, Islamic holy warriors, then they should emulate the Muslim general Saladin, who expelled the Crusaders from the land in 1187. ‘Where is the modern-day Saladin?’ he asked repeatedly.

He also praised ‘shahids’ – a term used by Hamas for both civilians killed in the conflict, militants who die in combat and suicide bombers.

Mr Chishti said: “We ask you Allah that you accept every single shahid who has given their life for Palestine.”

In May, the Home Office called his comments “completely unacceptable and risk damaging community relations and undermining Prevent’s important work.” Adding that “there is no place for hatred in our communities and anti-Semitism will not be tolerated.”

After backlash, Chishti used the excuse that his comments were made in the “heat of the moment” and that they were “ill-chosen words”.

Mr Chishti said in a statement at the time: “Reading my speech from the protest back in print really jolted me and whilst my objective was to encourage the expression of opinions within democratic and lawful norms, upon reflection I recognise that I could have chosen and less equivocal words for communicating that message.

“Some of my words reflect a clear error of judgement, in the heat of the moment and do not reflect my sentiments or the sentiments of the audience.

“I now appreciate that my ill-chosen words will have caused offence and hurt to the Jewish community and I tender my most profound apologies.”

While this may be a good enough excuse for the Home Office, it is hard for us to accept.

The views Chishti expressed are deeply rooted religious views which are repeated by many Islamists throughout the world and were agreed with by the large crowd of monthly Muslims who were gathered. This was not “an error of judgement” or simply “ill chosen words”, these are clearly the views of this man and millions of others.

As extremism expert Dr Alan Mendoza, executive director of the Henry Jackson Society think-tank, said in May: “Provocative comments like these are the very antithesis of what Prevent is supposed to be about.”

“Nobody who makes incendiary speeches that inflame community tensions and damage social cohesion in the UK should be allowed anywhere near this programme.”

Unfortunately, the Home Office has reinstated Imam Irfan Chishti’s role in the Prevent programme and his company, Me and You Education, is once again allowed to charge up to £1,500 per day to organisations like the NHS and other government bodies in order to teach about countering extremism, despite himself expressing those same extremist views.