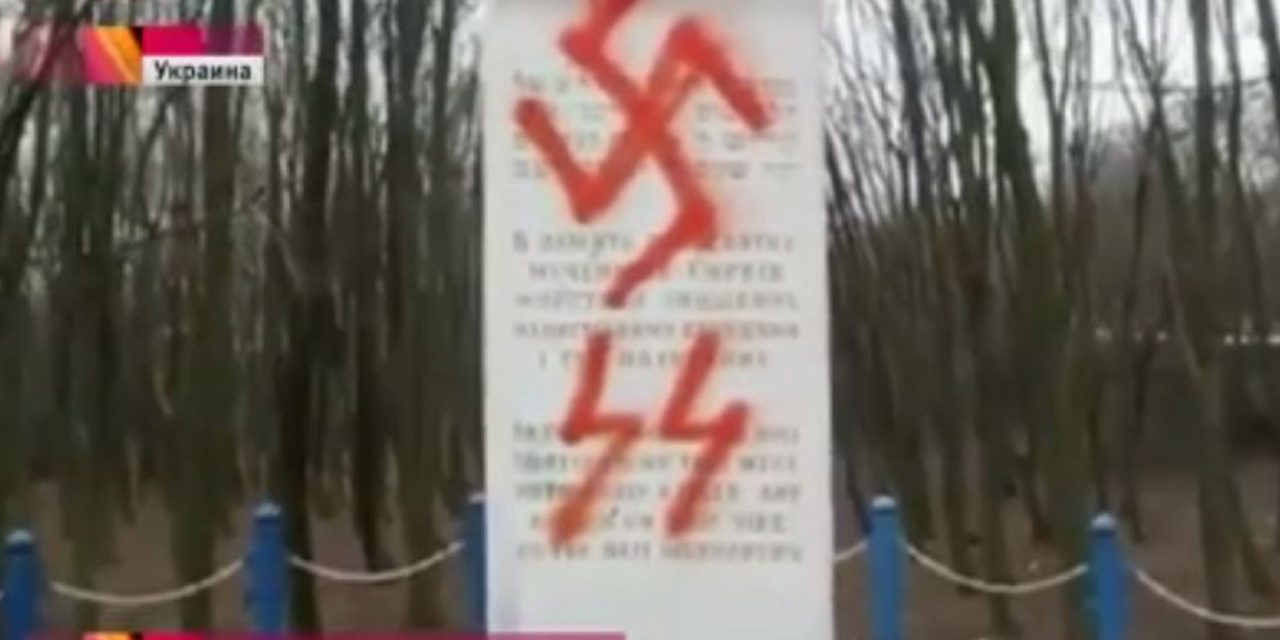 Nazi symbols were spray-painted on a monument to Holocaust victims in Ukraine that was erected near their mass graves.

The letter X was painted on the Star of David emblazoned on the monument near the western city of Ternopil. A swastika was drawn on the Hebrew-language section of the monument and the SS symbol on the part in English.

Police have no suspects in connection with the incident, which occurred earlier this month.

Eduard Dolinsky, the director of the Ukrainian Jewish Committee, described the vandalism in a post Friday on Facebook.

Elsewhere in Ukraine, building contractors helped the Jews of Kovel remove tons of debris made up of headstones from the former graves of Jewish residents in the town, which is located about 150 miles north of Ternopil. The headstones were smashed during the time of communist rule to be used for building roads.

Thirteen trucks delivered the debris to the office of Ilya Miretskiy, the head of the Jewish community of the district of Volyn, where Kovel is located. The community wants to piece together whatever headstones are salvageable.

Another restoration effort was completed recently near Odessa, where the director of a local Holocaust museum, Pavel Kozlenko, led a team of volunteers who reassembled headstones marking the burial place of Holocaust victims. The tombstones had been knocked down by wind or damaged by corrosion.