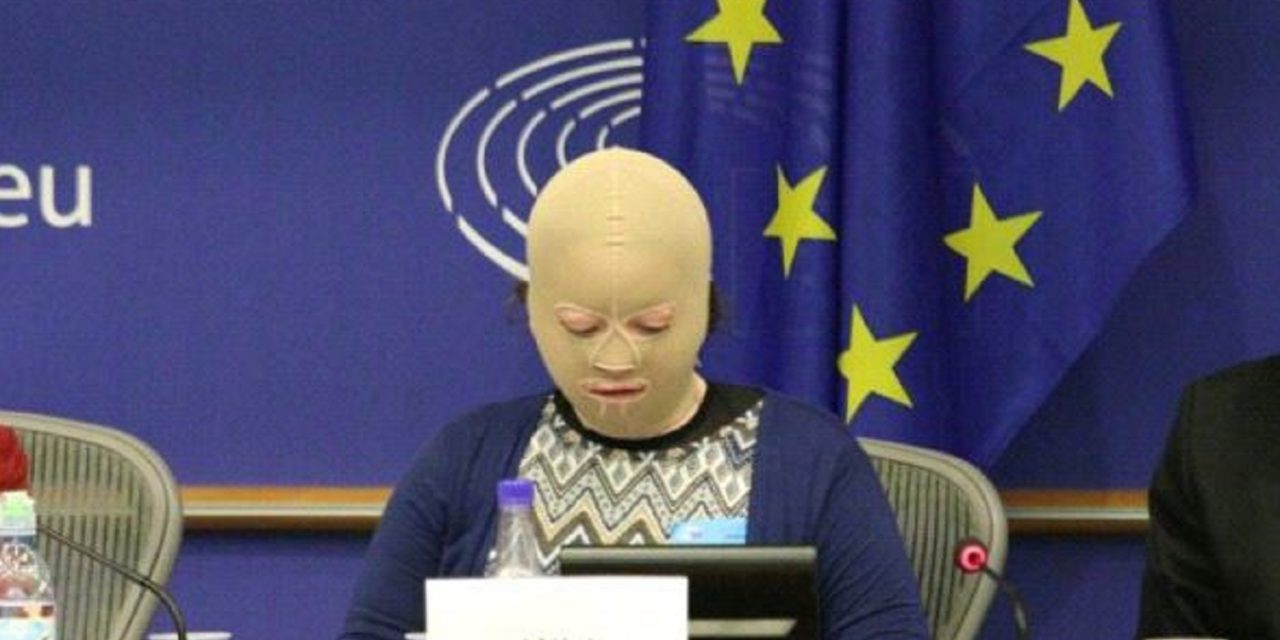 “I am Ayala, almost 14 years old. I live in El Matan in Samaria. I like to read, write stories and draw. I want to describe the feeling of having a terrorist attack directed at you.”

These were the words of Ayala Shapira, who gave an emotional speech Tuesday at the European Parliament urging the EU to stop the Palestinian Authority from funding terrorism. Shapira was critically wounded in a terrorist attack in December 2014, when terrorists hurled a firebomb into a car she was riding with her father as they made their way home in Samaria.

The event at the European Parliament building was hosted by the Samaria Regional Council and a newly formed “pro-settler caucus” of 15 MEPs, called Friends of Judea and Samaria.

With her face fully bandaged as a result of the third-degree burns she suffered in the attack, Shapira told conference attendees,

“One of the terrorists that threw the Molotov cocktail at our car was a 16-year-old boy, only a few years older than me. He did it, among other reasons, to help his family financially. He knew that if he went to prison, the Palestinian Authority would take care of them. I want you to remember that sometimes when you think you are donating money to a peaceful, you are actually contributing to murder, pain and war,” she said.

Samaria Regional Council head Yossi Dagan, who was also in attendance, remarked that “for a long time, they [Europe] have been talking about us, but they have not been talking with us. We came here to change this situation and to promote the human rights of the Israeli residents of Judea and Samaria.”

Speaking at the event, Petr Mach, an ardent supporter of Israel, said, “We decided to establish a new group in the European Parliament, since we want to inform the public and members of parliament of the use of European taxpayer money to support terror. We want to act together to put an end to the funding that supports terrorism.”