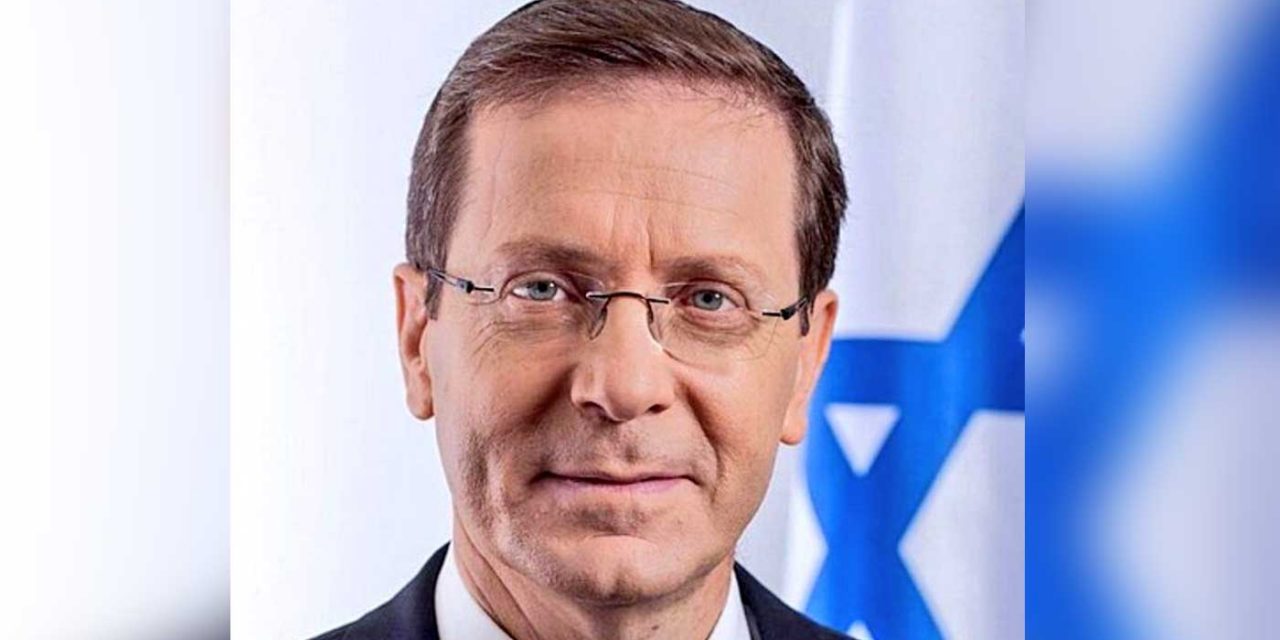 President Isaac Herzog was formally sworn in as the 11th president of Israel on Wednesday at the Knesset, replacing Reuven Rivlin.

Herzog was sworn in using the same Bible used to swear in his father, Israel’s sixth president, Chaim Herzog. The Bible belonged to the new president’s grandmother, Sarah, in Glasgow. Her husband, Israel’s future chief rabbi, Yitzhak Halevi Herzog, took it to Europe to rescue Jewish children from orphanages and monasteries after the Holocaust.

Upon accepting the presidency, Herzog pledged to “lower the tone, reduce the flames, and calm things down” in Israel, referring to political divides in the country.

“I will set out to complete the task every morning to be the president for all,” Herzog said. “In normal times, this task would almost sound naive. Unfortunately, however, these are not normal times. These are days when statesmanship has been swept away by polarization; days in which the unifying ethos and the shared values are more fragile than ever.”

Herzog said he would “embark on a journey between the lines of the rifts and breaks of Israeli society” and “aim to be a unifier amid the differences, the bridge between the tears.”

“You knew how to make your love of this country infectious for its sons and daughters,” Herzog told Rivlin. “You represented Israel with great respect in the family of nations, including during the last month of your tenure. You painfully identified the breaking points in Israeli society. You placed a mirror before us, even if its reflection was not always pleasing for all of us.”

“There are many complex arguments in Israel that focus on internal elements,” he said. “This is the beauty of Israeli democracy. I am confident that this entire body wants you to succeed. May it be the success of the entire State of Israel.”

Herzog also gave his good wishes to the opposition, under Likud leader Benjamin Netanyahu, against whom he ran unsuccessfully for prime minister.

“There is no democracy without opposition,” Herzog said. “Political realities called me to serve in the position you are now in a number of times. This time, it has fallen on your shoulders. I am confident that you will fulfil your service to the people from the opposition in a statesmanlike, responsible and relevant manner.”

Outgoing president Rivlin gave a parting speech in parliament following his successor’s swearing-in. Rivlin urged Israelis to come together and overcome their political and religious differences while stressing the importance of preserving Israel as a Jewish and democratic state.

“We will prevail only if we know how to embrace complexity and reject the simplicity that is always so tempting… if we know how to hold that tension, finding within it the balances and compromises. Only then will we be able to preserve this miracle, our home,” he added.