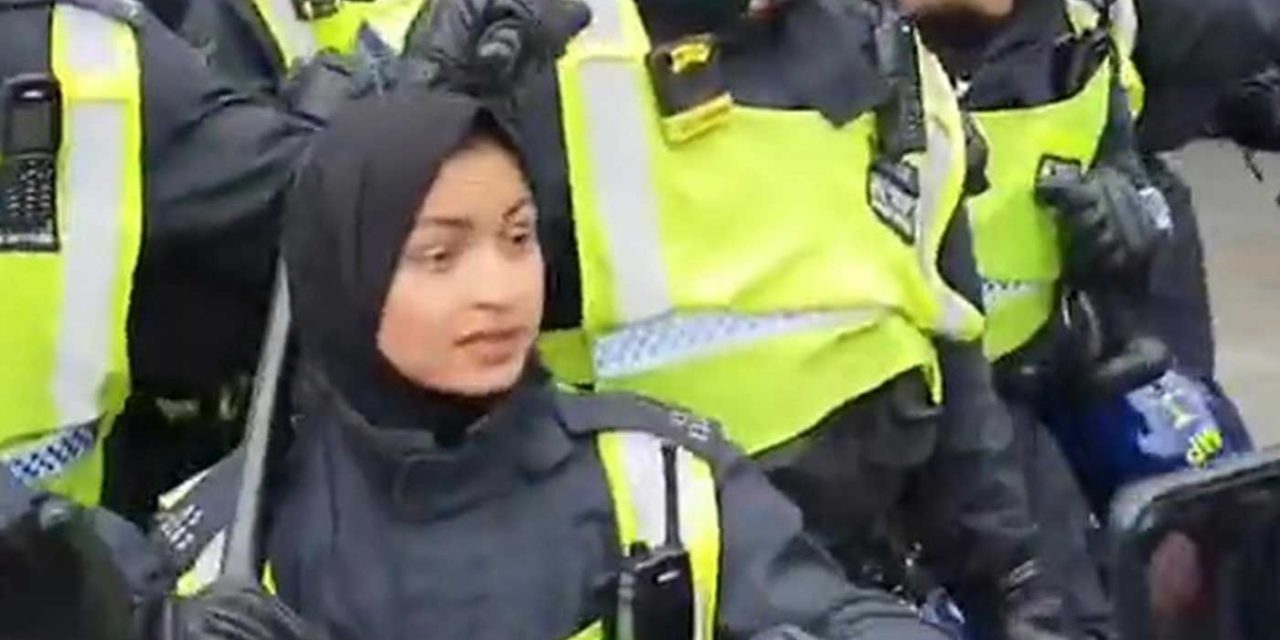 A Metropolitan police officer is under investigation after anti-Semitic, racist and offensive tweets she made in the past came to light last week.

Ruby Begum, 26, a Metropolitan police officer, went viral last year after she was filmed alongside other police officers quelling an anti-Lockdown demonstration in London. At the time senior colleagues called her “inspirational”.

However, Begum was hiding a dark secret. In the months leading up to her acceptance into the police force, she made comments on Twitter which were deeply offensive.

Starting with her anti-Semitic tweets, during the 2014 Gaza conflict Begum wrote: “Dirty Zionist. Jahannam [hell] is awaiting,” and “Israel have no limits. Scumbags I can’t wait for the day they get severely punished.”

She also wrote: “Zionists have no hearts! They’ll get what’s coming to them subhanallah [glory be to God].”

It should be noted that many anti-Semites refer to Jews as “Zionists” to hide their anti-Semitism. Although, we would argue that hating Zionists is also wrong as it discriminates against people based on their political views or their religious beliefs.

To see how Begum’s anti-Zionism morphed into anti-Semitism, she made an apparent comparison between the Holocaust and the Israel-Palestine conflict when she wrote: “It’s alright when Israel does it #HolocaustRemembranceDay.”

According to the IHRA definition on anti-Semitism (which has been adopted by the British government) it is anti-Semitic to compare Israel’s action to those committed by the Nazis. The Jews were the biggest victims of the Holocaust and it is deeply offensive to accuse the Jewish state of replicating these actions.

The reality is this, Israel is a beacon of light in the Middle East and the only free place for Jews, Christians and even Muslims to live freely in that region without being persecuted. Israel is forced to defend itself from attack from a number of its neighbours who seek her destruction and will do everything it can to protect all Israelis so that the horrors of the past are not repeated.

On top of Begum’s anti-Semitic and anti-Israel tweets, she also made racist comments towards other groups, repeatedly using the racial slur “P**i” when talking about Pakistanis.

In March 2014, referring to the fierce cricketing rivalry between Pakistan and Bangladesh (where Begum’s parents come from), Begum tweeted: ‘I don’t care about cricket, just love this thing between Bengalis and p***s.’

She frequently used the offensive term ‘kuffar’ to describe non-believers, writing in July 2014: ‘Kuffar lips have been all over my mug there is no way I’m using that thing again.’

Begum also mocked the 9/11 terror attacks on the World Trade Center in New York tweeting on the anniversary of the attack in 2014, she wrote, “Must be stupid if you think I’m gonna do 2 mins silence for 9/11”.

Is she a role model for Muslim in the UK?

Muslim Police constable Ruby Begum, 26, who in months before joining the London Met Police in 2016 used Twitter to insult Jews and mock the 9/11 attacks.

To make things worse, it seems Begum was in communication with a suspected IS female jihadi who is known by her Twitter handle Muslimah4Life.

According to the Mail Online, tweets between the two reveal Begum is friends with Muslimah4Life, and may even know her true identity.

Terrorism experts told the Mail Online it was shocking that a serving police officer was in contact with an infamous pro-IS Twitter user who may have been in Syria. However, it should be stated that it does not appear Ruby Begum supports ISIS, in fact she tweeted opposition to them on a number of occasions.

The Met Police confirmed that an officer within the Met’s Taskforce, which deals with public order, had been placed on restricted duties while a probe is underway.

A referral was made to the police watchdog, the IOPC, but it recommended that an internal investigation take place.

A spokesperson said the “concerning” posts were being treated “very seriously” and that there was “no place within the Met for any racist, homophobic or any otherwise hateful attitudes.”

“The Met’s DPS [directorate of professional standards] will now conduct a thorough investigation to establish the full circumstances behind the social media posts,” the spokesperson said.

“The officer, who is currently serving within the Taskforce, has been notified of the investigation and placed on restricted duties.

“While this process is at such an early stage we are unable to provide further comment.”

Clearly the views expressed on Ruby Begum’s Twitter account are not those you expect from a serving police officer. We hope the Met Police get to the bottom of this.