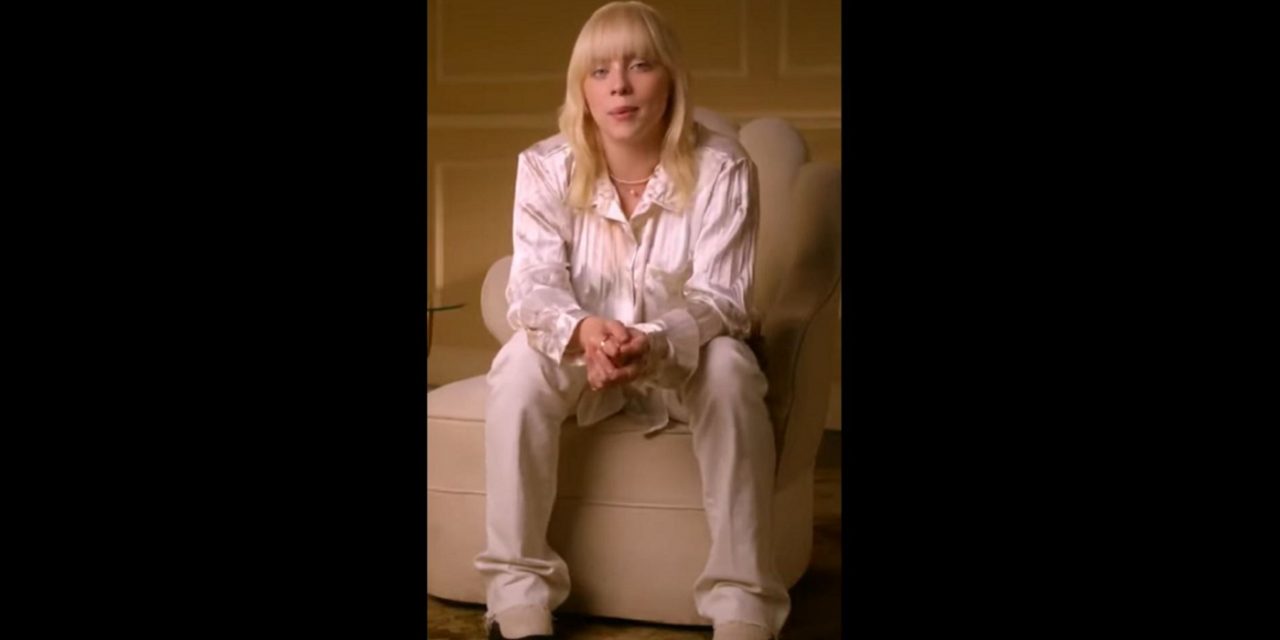 Pop singer, Billie Eilish received an angry backlash on social media just because she greeted Israeli fans in a short video message with some users “shocked” and “hurt” that she acknowledged Israel’s existence.

“Hi Israel, this is Billie Eilish, and I’m so excited that my new album, Happier Than Ever, is out now,” she says in a clip posted to her Tik Tok with Hebrew subtitles.

The 19-year-old singer-songwriter, who sings the theme song for the upcoming James Bond film, made several videos to fans in different countries to announce her second album, Happier Than Ever.

But anti-Israel social media users were not happy, in fact unhappier than ever, criticising Eilish for recognising Israel as a country. Others used the opportunity to criticise Israeli policy towards Palestinians. Some even went as far as cancelling their streams of her music. 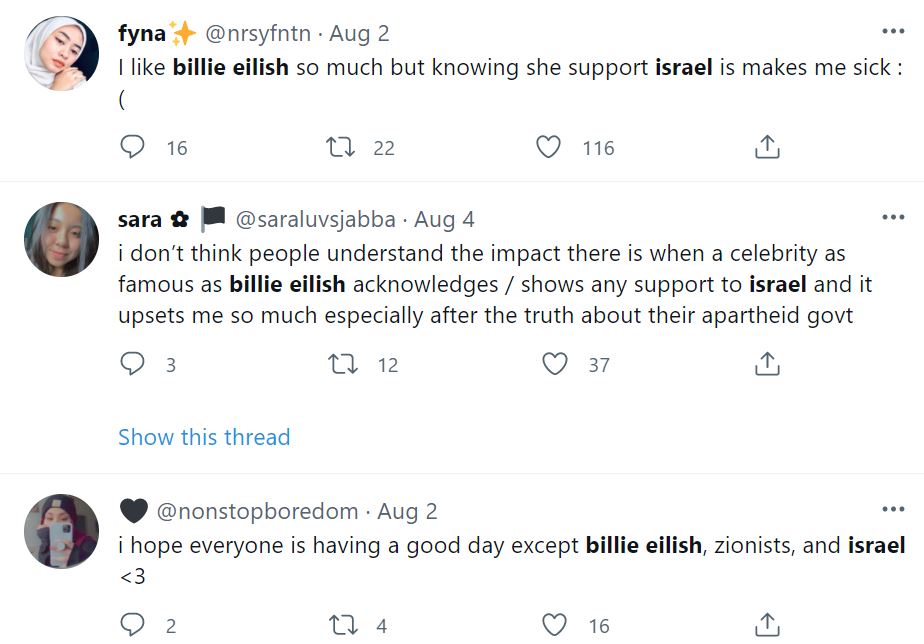 It is absurd that simply acknowledging Israel’s existence is enough to spark anger towards the singer and towards Israel. It is another example of veiled anti-Semitism directed towards celebrities who visit, express support, or in this case only mention, Israel.

Some have speculated that Israel could be included in an upcoming tour by the singer based on her decision to address Israeli fans. Let’s hope the singer will not be deterred.