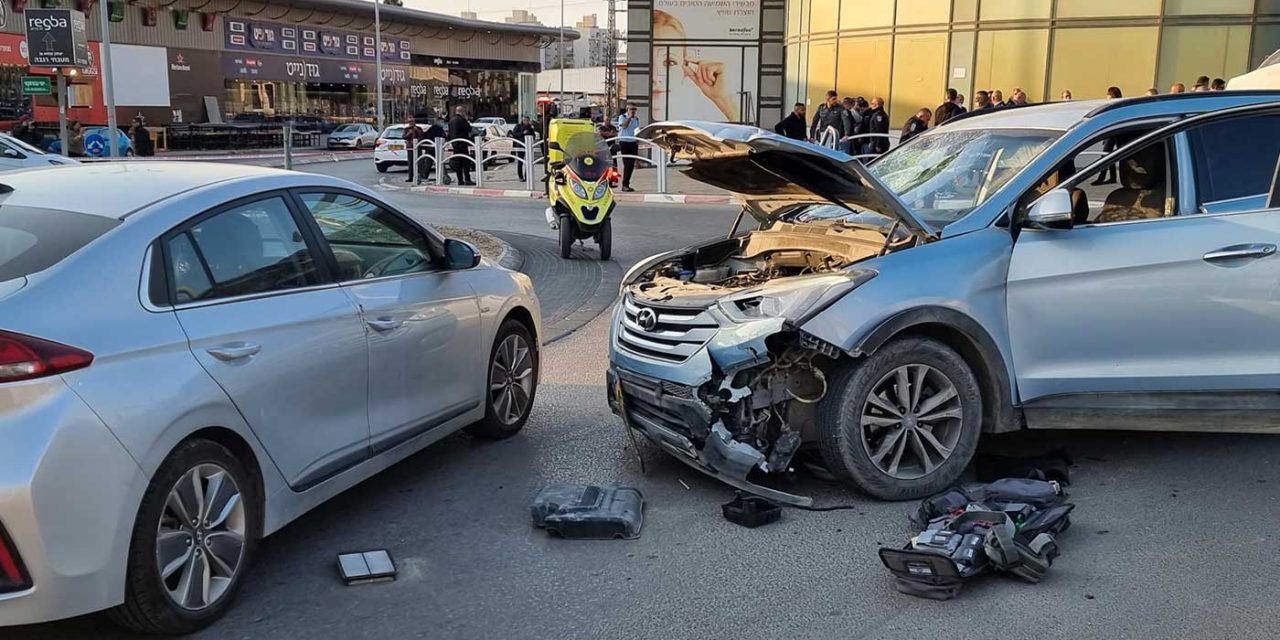 We have often said that the actions of Hamas and other Palestinian terrorist groups is similar to that of ISIS. In fact, ISIS themselves seek the liberation of “Palestine”. This week, however, we got to see that the Palestinian terrorists themselves support the terrorism of ISIS after Hamas, PIJ and Fatah’s own military wing praised the murder of Israelis at the hands of an ISIS supporting terrorist.

On Tuesday, an Arab Israeli terrorist associated with ISIS carried out a car-ramming and stabbing attack, murdering four innocent Israelis.

You would expect condemnations for this attack, but instead, Palestinian factions were quick to praise the “heroic” actions of the terrorist murderer.

Hamas, the terrorist organisation that controls the Gaza Strip, said: “We salute the executor of the heroic operation in occupied Beersheba.”

The praise from Fatah came from its “military wing”, the Al-Aqsa Martyrs Brigades. Fatah is the party of Mahmoud Abbas, the President of the Palestinian Authority and the so-called “moderate” Palestinian group.

The statement issued by the Al-Aqsa Martyrs Brigade said:

About the heroic Beersheba operation, which led to the killing of 4 settlers

The Al-Aqsa Martyrs Brigades congratulate the heroic stabbing and ramming operation carried out by one of the liberated Palestinian prisoners in the occupied city of Beersheba, which led to the killing of four settlers and the injury of others.

The battalions consider that this heroic operation comes in the context of the natural response to the escalation of terrorism of the Zionist enemy and its continuous settlers in all Palestinian cities and villages, and as the best response to the incursions of the blessed Al-Aqsa Mosque, and the continuous aggression against our people in all its places of residence.

This operation came to confirm our people’s rejection of the policies of the criminal enemy in the West Bank, Gaza and Jerusalem, and to reaffirm our people’s support for the option of armed struggle, and to also confirm that our people, who defeat their enemy with the simplest tools, will not accept oppression or surrender.

We also call on the masses of our struggling Palestinian people in the West Bank, Jerusalem, Gaza and the occupied interior to start a comprehensive revolution in the face of the plans of the criminal Zionist enemy, to wrest victory, and for the blessed month of Ramadan to be a fuse for volcanoes of anger that erupts in the face of the usurpers of our land and our sanctities.

It is a revolution until victory.

Another Palestinian terrorist group to get involved were Palestinian Islamic Jihad (PIJ) which operates within the Gaza Strip and is directly funded by the Iranian regime.

Islamic Jihad spokesperson Tariq Salmi said the attack was “a natural response to the crimes of the occupation in the Naqab,” adding that Israel “will realise once again that our people will not surrender”.

These statements are deeply troubling but not at all surprising. Although they will mainly be ignored by the West and widely distributed throughout Palestinian society and used to incite more violence against Jews.

As Christians who are praying for Israel, there are some key points from these quotes that we need to take into account.

Firstly, we should not forget that this was an attack by an ISIS sympathiser. The aims of ISIS are not too dissimilar from the terror groups that hate Israel.

Islamic State supports the destruction of Israel and during the height of its operations a few years ago was calling for terror groups in Gaza and the Palestinian territories to do more in attacking the Jewish people.

Second, it should be noted that these terrorist groups see innocent civilians as legitimate targets. More than that, they see Beersheba, an Israeli town that is well inside undisputed Israeli territory as “occupied land”.

This shows that even Fatah, the so-called “partners for peace” do not accept Israel’s existence in any part.

It is no wonder then that the chant from Palestinian activists in the UK is, “from the River to the Sea, Palestine will be free.” The river refers to the Jordan River, and the sea is the Mediterranean. Israel only exists between these two points, so to call it “Palestine” is to wish for the destruction of the state of Israel.

Finally, we must be aware that as Ramadan approaches, the likelihood of terror attacks against Israelis will also increase. Statistics show that terror attacks across the world increase over Ramadan as incitement is much higher and these religious extremists believe they will be rewarded double for martyrdom during Ramadan.

Unfortunately, none of this is new or surprising.

We know that Palestinian terrorist groups, supported by the majority of Palestinians, seek the destruction of Israel. They do not want Jews to live in any part of their ancient homeland. We also know that too often Palestinians revel in the deaths of Israelis, regardless of who causes them.

Images from Gaza showed sweets being handed out to children in celebration of this attack. Fireworks are often lit to disrupt the funerals of terror victims. These aren’t the actions of peace-loving people. They’re the actions of those who have been indoctrinated to hate the Jewish people.

While terrorism and incitement within Palestinian society are not new, the most surprising thing from this story is the open support for ISIS, a terrorist group that is condemned by all in the West.

The reality, however, is that many of the Palestinian factions subscribe to the same anti-Semitic hatred and the same barbaric terrorism of ISIS. The West just chooses to ignore it.