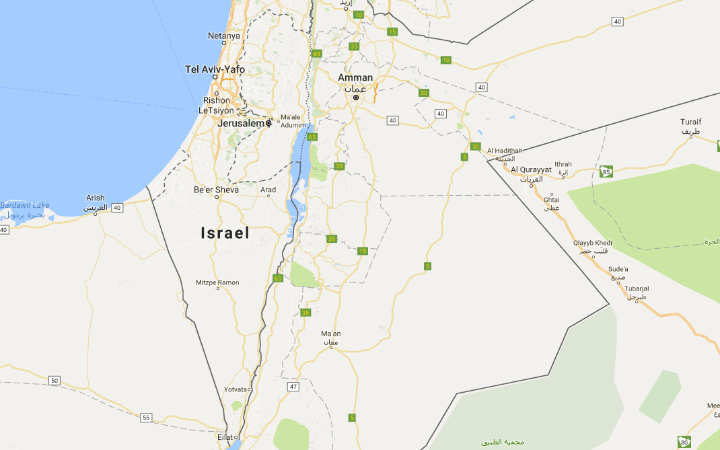 Accusations online that Google had deleted Palestine from its Maps facility prompted the internet giant to explain that the country “has never been” on the service.

The row came after a technical glitch caused the West Bank and Gaza to briefly disappear from Google Maps.

Instead of being demarcated with a solid line that denotes a country border, Google instead defines the Gaza Strip and the West Bank with a dashed border – the mark it uses to outline disputed territories.

Google was forced to explain that it doesn’t define Palestine as a country separate from Israel on Maps after a petition signed by 250,000 people described the company’s “airbrushing” of Palestine as “deeply offensive” and called for the internet giant to put Palestine on its map.

Al-Jazeera’s social media arm, AJ+, reported that the petition called for Google to reinstate the label “Palestine” onto its map after a complaint by the forum of Palestinian journalists spread via social media and later news outlets with the hashtag #PalestineIsHere. But further investigation by the media outlet claims that the label wasn’t removed at all as it was apparently not labelled to begin with.

The discovery has caused a wide anti-Israel backlash with AJ+ failing to remove comments on its post that are clearly anti-Semitic. Some AJ+ followers claimed the reason for the omission was that Google is “owned by a Jew” and that “Israel are the real terrorists”

One follower went even further.

But not all the comments demonstrated hatred towards Israel. Here is one user that openly defended Israel: