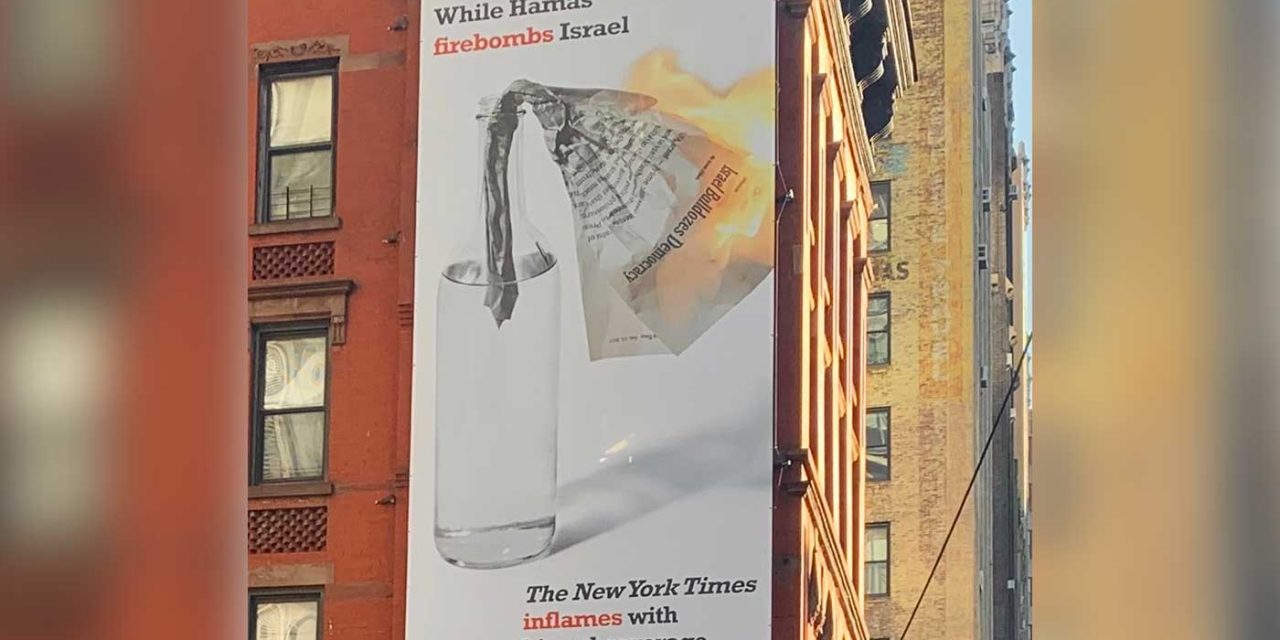 A giant billboard was unveiled this week outside the offices of The New York Times that accuses the paper, its editors and staff of fomenting anti-Israel sentiment through its news coverage.

At the center of the billboard is an evocative image of a Molotov cocktail whose wick is lit by a flaming New York Times article with the headline: “Israel Bulldozes Democracy.”

Around the incendiary device, which is a favorite weapon of Hamas rioters, it says: “While Hamas firebombs Israel … ‘The New York Times’ inflames with biased coverage.”

Andrea Levin, executive director of CAMERA, which created the massive 35-foot billboard, says that the Molotov cocktail in the advertisement is a symbol with a double meaning.

“One meaning is, obviously, to remind Times’ staff that Hamas is violent—violent against both Israel and its own people,” she says. “The Times absolutely needs this reminder because far too often their reporters ignore Hamas’s violent theocracy in the Gaza Strip.”