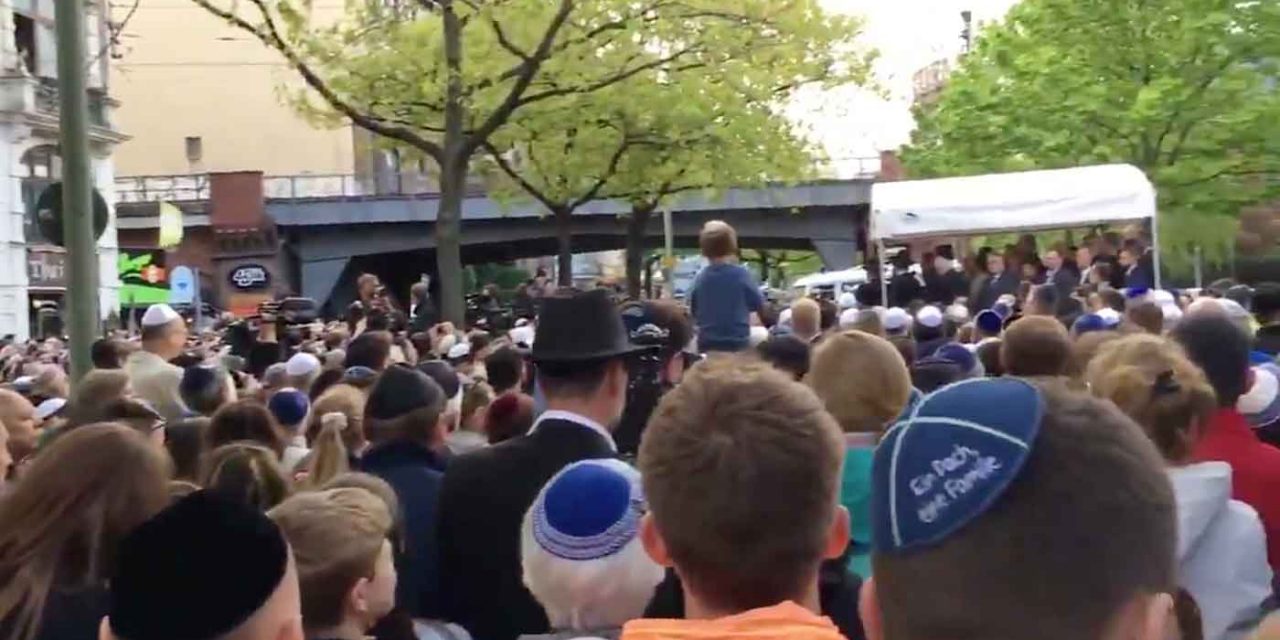 BERLIN, Germany — non-Jewish Germans joined with Jews wearing kippahs at several protests across Germany on Wednesday in a sign of solidarity after a spate of shocking anti-Semitic incidents, raising pointed questions about Berlin’s ability to protect its burgeoning Jewish community seven decades after the Holocaust.

One day after the head of Germany’s Central Council of Jews, Josef Schuster, warned against wearing religious symbols on city streets for fear of attack, some 150 protesters came to a rally in the eastern German city of Erfurt and hundreds more were expected later in the day in Berlin, Cologne and Potsdam.

Hundreds of people have gathered in the streets to show solidarity with Jews living in #Berlin and to protest against recent anti-Semitic attacks. The motto of their protest: ‘Wear a Kippa' #berlintraegtkippa pic.twitter.com/LSNcaNomZf

“We must never allow anti-Semitism to become commonplace in Germany again,” Foreign Minister Heiko Maas told the daily Tagesspiegel ahead of a “Berlin Wears Kippa” event where Jews and non-Jews will wear the traditional skullcap in a shared show of defiance.

More than 2,000 people — Jews, Christians, Muslims and atheists — put on kippas in a show of solidarity in Berlin.

The protests happened after an anti-Semitic attack on an Israeli Arab and a Jewish man who were experimenting how safe it was to wear a kippah in public on the streets of Berlin. Just minutes after leaving their apartment they were attacked by an Syrian migrant who attacked them for being Jews.

It was just one of many attacks that have taken place on Jews in Germany.