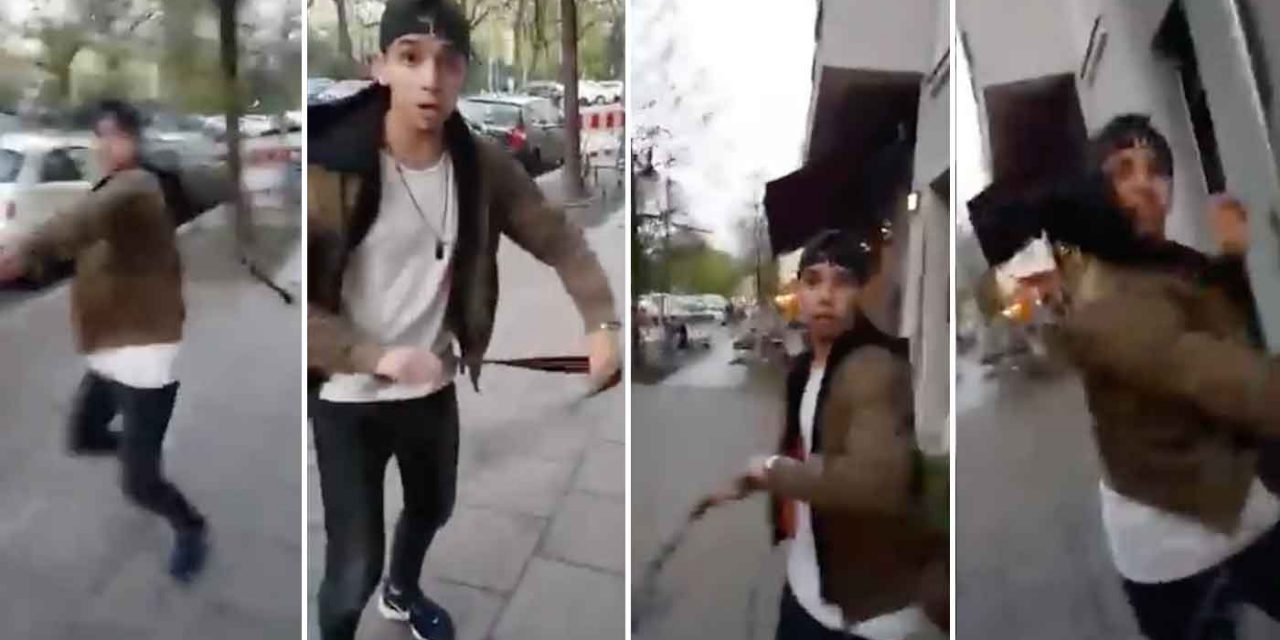 An anti-Semitic attack on a Jewish man and an Israeli Arab who was wearing a skullcap was filmed on the streets of Berlin earlier this week sparking outrage in Germany.

One of the victims, 21-year-old Israeli, Adam Armoush, said he is not Jewish but wore the skullcap as an experiment because he did not believe a friend who told him it was too dangerous to wear one in public in Germany.

Armoush and his Jewish friend left their apartment wearing skullcaps and a short distance down the street three Arab men started shouting abuse and cursing at them. When the Jewish man asked them to stop, they got angry and one of the men then attacked Armoush, calling him “Yahud”, which is Arabic for “Jew”.

In an interview, Armoush said:

It happened right here, next to my home, when I was on my way to the train station with my friend. The truth is, I’m surprised something like this happened to me. I’m still in shock.

We came out of our home, my friend and I, wearing our kippas, and walked down the street. We weren’t talking with anyone else. Three people came from over there … and started cursing us from over there. We didn’t talk to anyone, didn’t answer them. So when they kept cursing us, my friend asked them to stop cursing, and that got them angry. So one of them ran at me. I immediately felt it was important to film, because I didn’t think we could catch him before police arrived. I wanted to give police something to go on.

The attacker, a 19-year-old Syrian asylum seeker later handed himself in to police. Berling police spokesman Winfrid Wenzel said the Syrian attended a police station with his lawyer on Thursday.

When the attack happened it quickly went viral and reopened a debate about growing anti-Semitism in the country. German Chancellor Angela Merkel has reportedly condemned the attack.

Watch the video of the incident here: