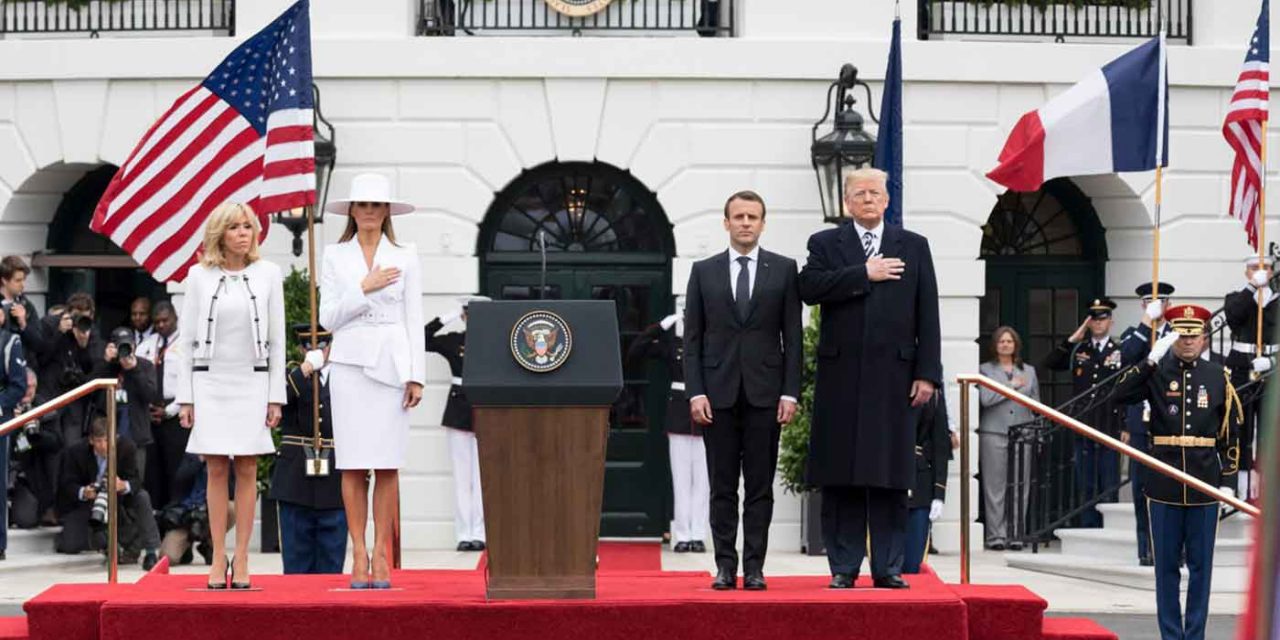 French President Emanuel Macron made a trip across the pond to visit US President Donald Trump this week. One of his main objectives was to convince President Trump to revise, rather than nix the Iran Nuclear Deal. According to Macron, it does not appear he managed to convince the US President.

Near the end of his three-day state visit, Macron told US media that while he did not know specifically what Trump will decide, he believes the US leader “will get rid of this deal on his own, for domestic reasons.”

“I have no inside information” on what decision Trump will make on the agreement, Macron told journalists.

But “I listen to what President Trump is saying and it seems to me that he is not very eager to defend it.”

Speaking at the White House on Tuesday during a press conference with the French President, President Trump offered his thoughts about the Iranian nuclear deal and responded to Iran’s recent threats. Here are some excerpts of President Trump’s remarks:

“And the Iran deal is a disaster. They’re testing missiles. What is that all about? . . . What kind of a deal is it where you’re allowed to test missiles all over the place? . . . If they restart their nuclear program, they will have bigger problems than they have ever had before.”

Iranian threats against Israel and America

Hardly a day goes by without Iran’s leaders threatening the Jewish state with annihilation. Just consider these recent examples:

• On April 4th, Iran’s supreme leader, Ayatollah Ali Khamenei, replied to a letter from Hamas leader Ismail Haniyeh that it was the duty of “zealous” Muslim youth to “fight against the usurper Zionist regime and its allies. . . repelling the enemy to the point of annihilation.”

• On April 12th, as Israelis were remembering the first Holocaust, Ali Shirazi, a senior advisor to the ayatollah, threatened Israel with a second Holocaust, saying, “If Israel wants to survive for several more days, it needs to stop this children’s play. Iran has the ability to obliterate Israel and when prompted to, to turn Tel Aviv and Haifa into dust.”

• On April 20th, General Hossein Salami, the deputy commander of Iran’s Revolutionary Guard Corps, warned that a war between Israel and Iran “will definitely be followed by your [Israel’s] annihilation.”

• On April 21st, Major General Abdolrahim Mousavi, commander of Iran’s army, said: “We shouldn’t allow one day to be added to the ominous and illegitimate life of this regime [Israel]. The Army will move hand in hand with the IRGC so that the arrogant system will collapse and the Zionist regime will be annihilated.”

Day after day after day, the Islamic Republic of Iran threatens to wipe Israel off the map. From the top down, the entire leadership of the radical regime in Tehran is dedicated to one thing: the destruction of the Jewish state.

The threats from Tehran are more than mere words. Iran’s actions speak volumes. The world’s leading state-sponsor of terrorism is arming Hamas and Hezbollah. It is launching armed drones against Israel. It is massing an army of jihadists in Syria.

The obstacle to peace in the Middle East is not Israel. It is Iran.

Christians United For Israel Action Fund in Washington DC is urging members of Congress to condemn Iran’s reckless and genocidal rhetoric. We urge the Trump Administration to aggressively confront the Iranian regime’s belligerent and destabilizing activities.