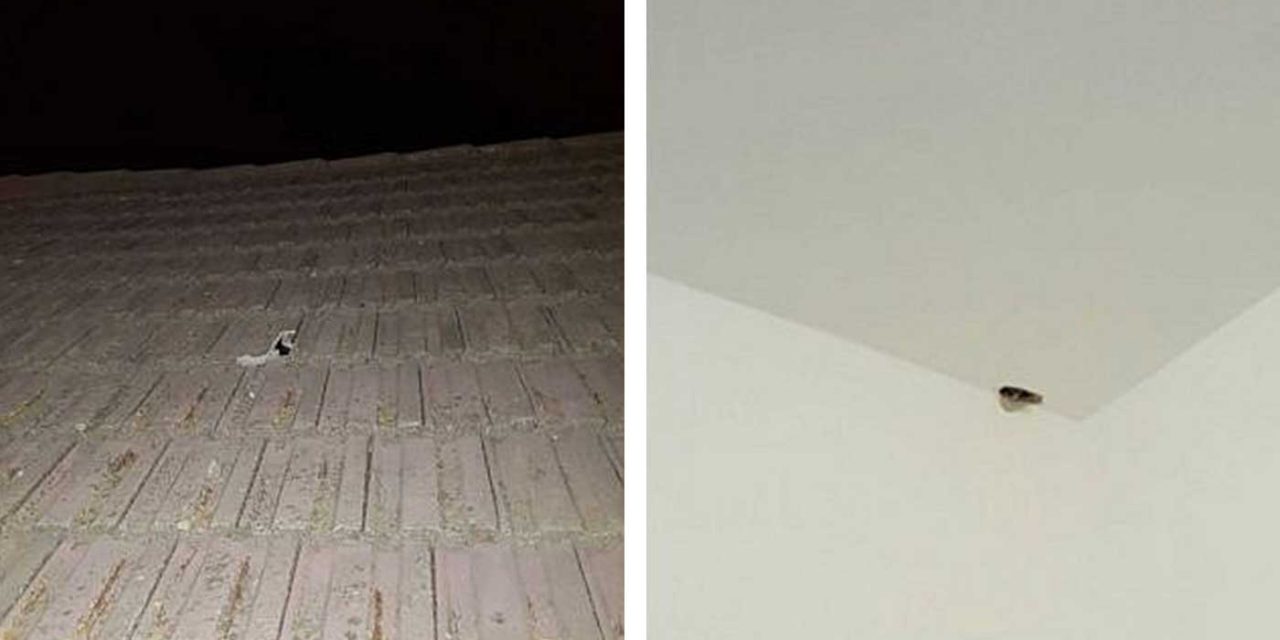 A family from Kibbutz Sha’ar Hanegev whose home was hit by Gaza Strip gunfire early Thursday morning said it had been shaken by the ordeal.

Ayelet, a resident of the kibbutz, told Hadashot news: “This is scary for anyone raising little children but we are sticking to our daily lives. It’s a very unpleasant feeling although we understand that the fire wasn’t directed specifically at the community. It’s still very troubling.”

Hamas gunmen in the Gaza Strip had targeted Israeli aircraft with machine gun fire in the early morning. One of the bullets apparently hit the family’s home as it fell back to earth.

The gunfire had triggered rocket sirens in the Gaza periphery, and the family had rushed to a reinforced room inside their home.

The bullet landed in the house’s shower. There were no injuries but light damage was caused to the roof and internal ceiling of the home.

“I’m stressed out and still processing what happened,” said Ofir, who had her baby with her at the time, according to Walla news.

“The baby was in the shelter and everyone woke up,” said Mickey Rosenfeld, Ofir’s father. “The bullet penetrated the roof and fell in the shower. My daughter is a bit stressed about it.”

The Israeli aircraft targeted by the gunfire had been conducting a strike on a Hamas position in northern Gaza in retaliation to a bomb detonated by Palestinians against an Israeli bulldozer in the northern Gaza Strip earlier in the day, which had caused neither injury nor damage, the army said.

The Air Force later bombed the gunmen who fired at the aircraft. A Hamas operative was killed in the strike and another was seriously wounded, according to the Hamas-run health ministry in the enclave.