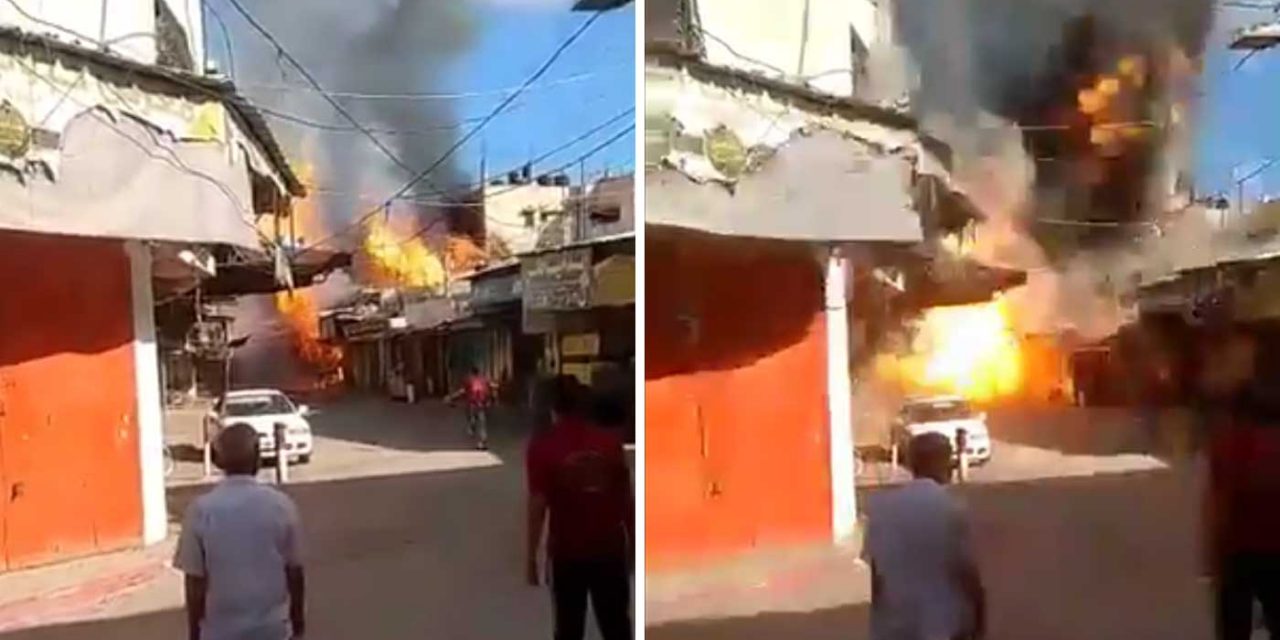 On Thursday morning, 22 July 2021, a house explosion at Zawiya market, Gaza City, killed Atta Ahmed Saqallah, 68, and injured 14 people, one of them critically. Among the injured were also six children.

An investigation into the explosion found that it originated from Saqallah’s house, which caught fire first. The explosion led to the collapse of large parts of the three-story building where the house was located, also causing damage to nearby houses and shops.

Police, civil defence (Hamas) and ambulance crews flocked to the scene, to investigate what happened and tend to those who were affected.

This is the latest incident showing how terrorists in the Gaza strip embed rockets and other weaponry inside civilian populations.

This is a war crime.

Israel is often accused of striking homes, mosques or hospitals. Now here is evidence of why Israel is forced to do that. Despite this, Israel forewarns their targets of what is going to take place. No other army forewarns terrorists.

Israel does all it can to protect civilians in Gaza while Hamas and Palestinian Islamic Jihad do all they can to endanger them.