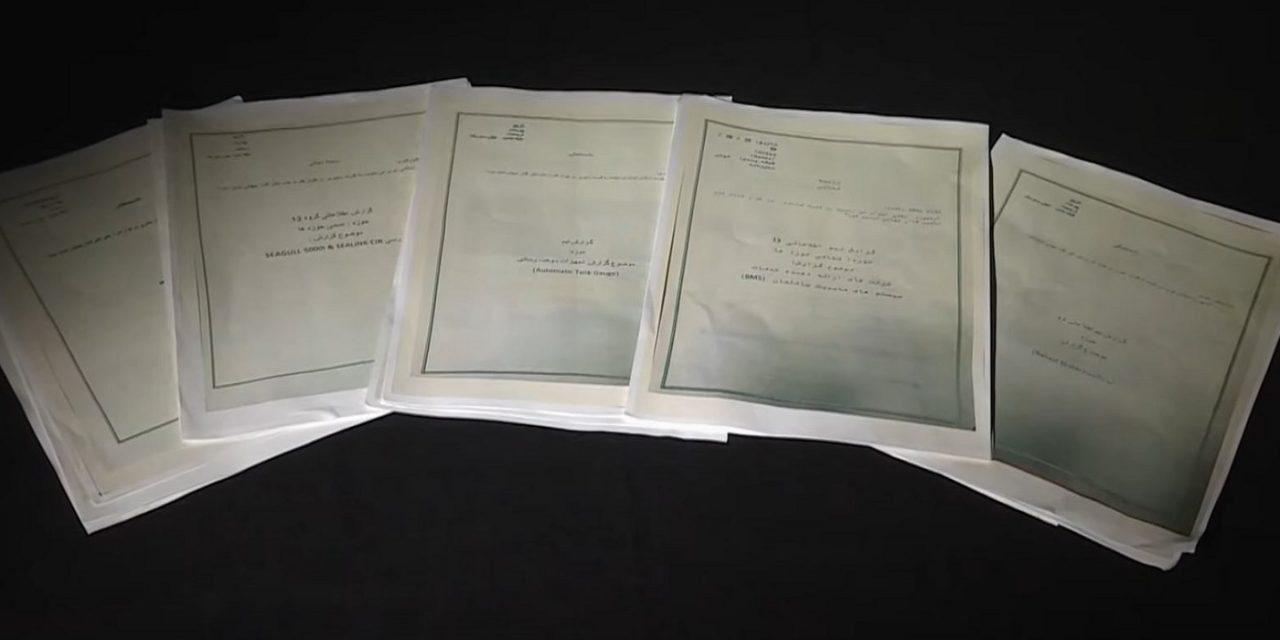 Classified documents, allegedly from Iran, reveal secret research into how a cyber attack could be used to sink a cargo ship or blow up a fuel pump at a petrol station.

The internal files, obtained by Sky News, also include information on satellite communication devices used by the global shipping industry as well as a computer-based system that controls things like lights, heating and ventilation in smart buildings across the world.

The papers appear to reveal a particular interest in researching companies and activities in western countries, including the UK, France and the United States.

A security source with knowledge of the 57-page bundle of five research reports said it was compiled by a secret, offensive cyber unit called Shahid Kaveh, which is part of Iran’s elite Islamic Revolutionary Guard Corps’ (IRGC) cyber command.

The source said he believed the work is evidence of efforts by Iran to collect intelligence on civilian infrastructure that could be used to identify targets for future cyber attacks.

Two Israelis were killed and three people from the same family were injured, including two children in a hit-and-run incident at the English seaside town of Ramsgate.The incident...
Read More
Share
Tweet
Email
More
103 Shares