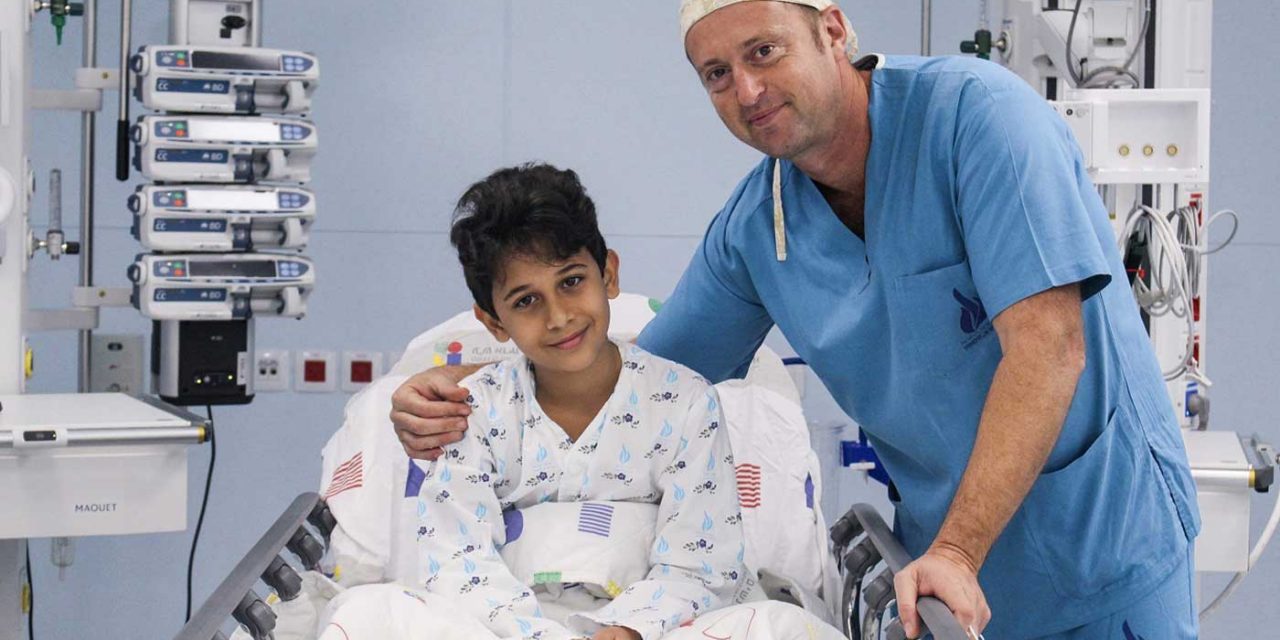 An 11-year-old Gazan boy has become the 6,000th child saved by the Israeli humanitarian organisation Save a Child’s Heart.

The child, Mazen, was born with holes in his heart, a complicated congenital heart condition that would require multiple medical procedures. As he grew older he began having difficulty breathing and emergency surgery was required for him to survive.

There are no facilities in Gaza to treat Mazen’s condition, but thankfully Israeli medical teams offer this kind of treatment with the help of medical teams in Gaza who refer patients to them.

Al-Faleet, who referred Maazen to Save a Child’s Heart, said, “A major challenge for us is that we are not only responsible for ‘doing the medicine,’ but for helping patients cross borders for care.”

Mazen was safely transferred into Israel where he was treated at the SACH International Pediatric Cardiac Care Center at the new Sylvan Adams Children’s Hospital at Wolfson Medical Center.

There he was treated by Dr Sagi Assa, whose team is pioneering a new form of surgery that enables surgeons to close holes in hearts without the need for open-heart surgery. The only medical centre in the area to offer such treatment.

Mazen is now on the road to recovery and he becomes the 6,000th child helped by Save a Child’s Heart, who work alongside the German foundation Ein Herz für Kinder (A Heart for Children).

According to Save a Child’s Heart, they have helped the lives of 6,000 children from 63 countries through their weekly clinic in Holon. Half of the children treated are Palestinians living in the West Bank (Judea and Samaria) and Gaza.

This is an excellent demonstration of loving your neighbour. The Israeli medical teams are doing all they can to save children who have oftentimes been taught to hate Israel, but are instead seeing for themselves the good that comes from the Jewish State.