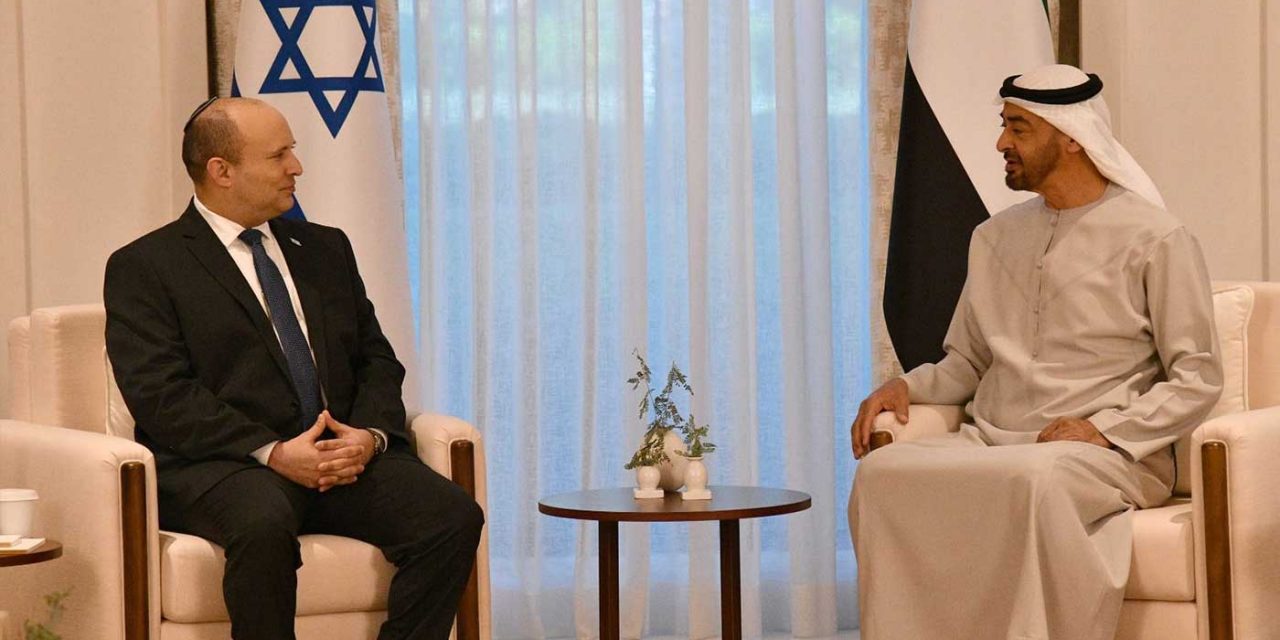 Naftali Bennett has become the first Prime Minister of Israel to visit the United Arab Emirates. The trip seeks to show a deepening of ties between the two countries at a time when tensions are rising with Iran.

“I appreciate your warm hospitality. This is a wonderful reception. I am very excited to be here, on the first official visit by an Israeli leader here,” Bennett told bin Zayed, according to a statement from the Prime Minister’s Office. “We expect to strengthen the relationship between the countries.”

Bennett is said to have been there to both strengthen ties with the UAE and urge the Gulf state to take a tougher stance in response to Iran’s expanding nuclear programme, a threat Israel is taking very seriously.

The UAE share’s Israel’s concerns regarding Iran, however, the politicians in Abu Dhabi are still seeking to keep ties stable with Tehran.

Prime Minister Bennett, upon departure for the UAE, at the invitation of Crown Prince Sheikh @MohamedBinZayed:

“In just one year since normalizing our relationship, we’ve already seen the extraordinary potential of the Israel-UAE partnership.
This is just the beginning.” 🇮🇱🤝🇦🇪 pic.twitter.com/wzn0HBWthZ

In an interview with WAM, the Emirates News Agency, Bennett said that last year’s normalizing ties with the UAE and several other Arab states established a “new, deep and solid structure for diplomatic, economic and cultural relations” in the Middle East.

“The relations between the two countries have strengthened in all fields, and I am very satisfied with that, as many cooperation agreements were concluded in the fields of trade, research and development, and cybersecurity, health, education, aviation and more, and I look forward to the continued development and consolidation of relations,” Bennett said.

“Our cooperation provides unprecedented economic opportunities not only for us, but for more countries, which is another element for enhancing stability and prosperity in this region,” he said.

“The message that I wish to deliver to the UAE leaders and Emirati citizens is that mutual partnership and friendship are natural. We are neighbours and cousins. We are the grandchildren of Prophet Abraham,” Bennett added, concluding that the warming of ties over the past year “is the best evidence that developing bilateral relations is a precious treasure for us and the entire region.”