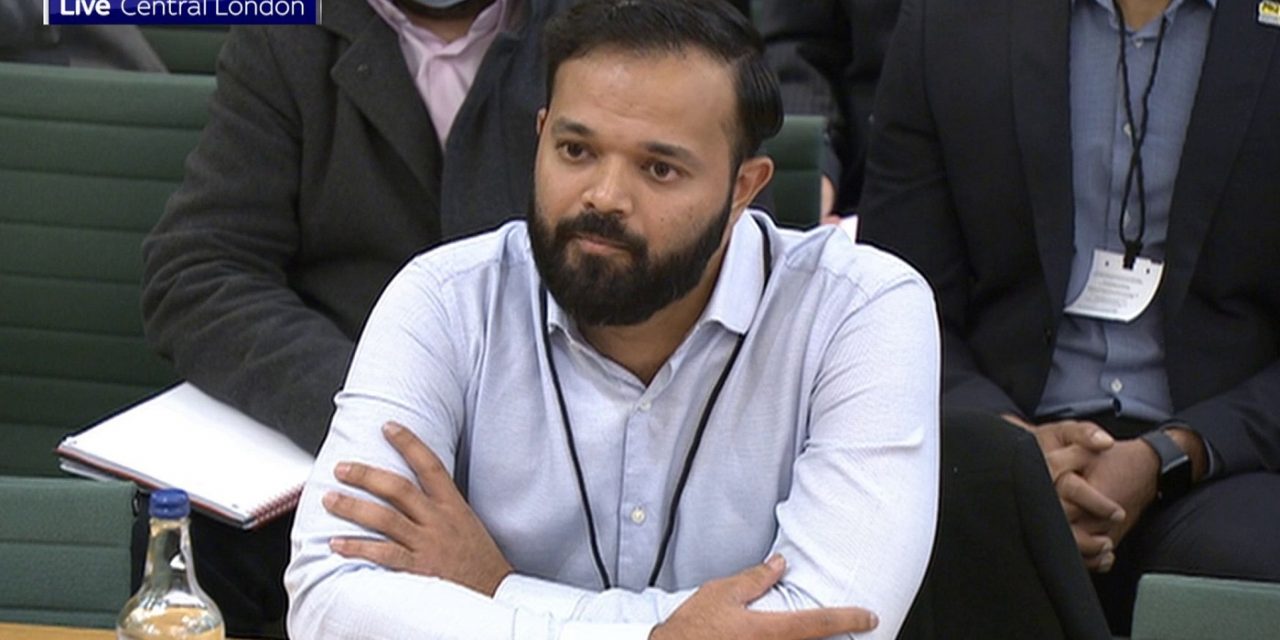 The revelations emerged in a week that saw the former player testify before a Parliamentary select committee after making allegations of racism at Yorkshire Cricket Club and accusing the English game of institutional racism.

Rafiq said he was “ashamed” of the messages he sent when he was 19-year-old and apologised to the Jewish community. The messages appear to have been sent between Rafiq and former Warwickshire and Leicestershire player Ateeq Javid.

According to The Times, the messages were sent about another Asian cricketer, with Rafiq making disparaging comments.

Tweeting about the old messages on Thursday, Rafiq wrote: “I have gone back to check my account and it is me – I have absolutely no excuses.

“I am ashamed of this exchange and have now deleted it so as not to cause further offence. I was 19 at the time and I hope and believe I am a different person today.

“I am incredibly angry at myself and I apologise to the Jewish community and everyone who is rightly offended by this.”

Earlier this week, Rafiq told the Digital, Culture, Media and Sport (DCMS) select committee hearing in Westminster that he hoped to become “a voice for the voiceless” by going public with his allegations.

Azeem Rafiq the Pakistani cricketer who kicked up a major fuss for “racist” comments from former English colleagues has been caught sending “Anti-Semitic” tweets back in 2011 pic.twitter.com/ucmLwzqSr4