Forget the PA, God will bless Honduras and Nauru for recognising Jerusalem as Israel’s capital 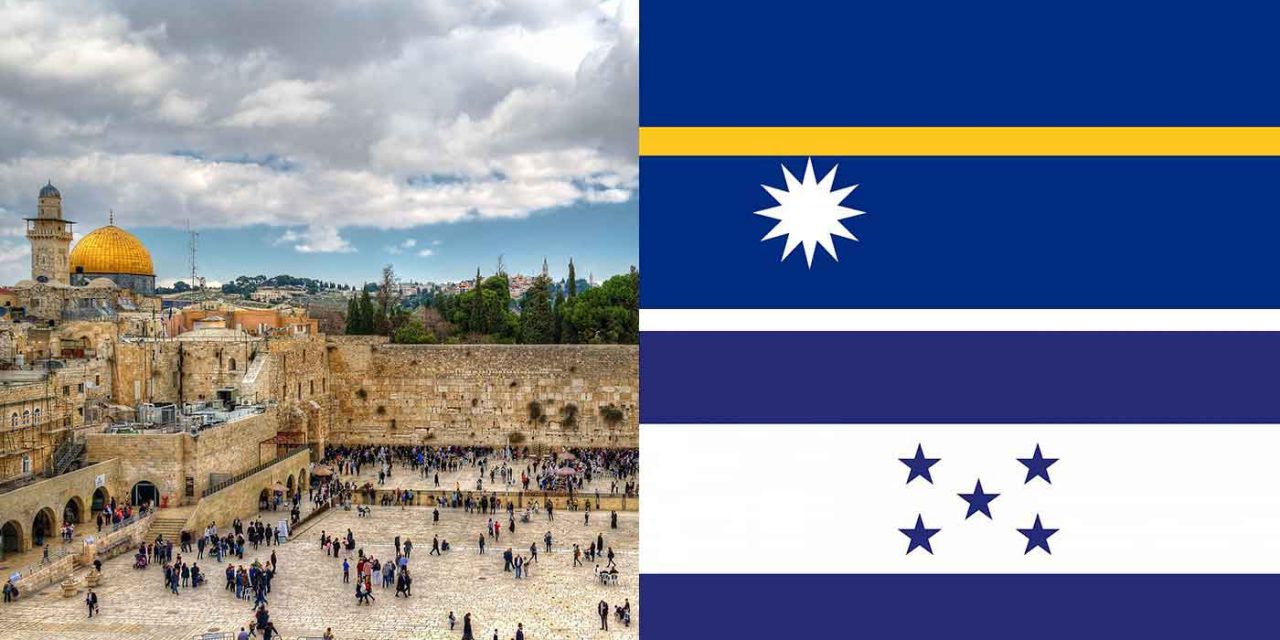 The Palestinian Authority (PA)has predictably condemned the governments of Honduras and Nauru after they rightly recognised Jerusalem as the capital of Israel. Whilst the PA may condemn these nations, we know that God will bless them.

As Pastor John Hagee says, “Jerusalem has been the epicenter of the Jewish faith since King David danced into the city with the Ark of the Covenant over 3,000 years ago. It is the capital of the Jewish state today.”

CUFI welcomes every nation that blesses Israel and Honduras and Nauru are the latest countries to do so as they recognise Jerusalem as Israel’s capital. We commend their courage and pray God’s blessing upon these nations.

The Palestinian Authority, however, is rather upset. A statement from Hanan Ashrawi — a longtime aide to PA President Mahmoud Abbas and member of the Palestine Liberation Organization’s Executive Committee — said the decision by Honduran President Juan Orlando Hernandez to open an embassy branch in Jerusalem this week is a “hostile act against the Palestinian people and their inalienable rights.”

“Honduras has aligned itself with rogue states that disregard international law and willfully undermine its standing,” the statement says. This is a complete lie, of course, as Israel is a democracy that is respected throughout the world (despite what the anti-Israel activists tell you). The rogue state is the Palestinian Authority, a dictatorship that squanders the finances of its people to fund the lavish lifestyles of its leaders whilst inciting and funding terrorism against Jews.

The statement also denounced Nauru for its change in policy regarding Jerusalem and its “shameful” voting record at the United Nations on Palestinian issues. If the PA calls its record “shameful”, you can guarentee that Nauru’s voting record shows they don’t blindly vote for everything the UN accuses Israel of doing. What that means is that Nauru is one of the few countries who stands with Israel at the United Nations and has not given in to the anti-Semitic hatred. We would call that voting record “respectable”.

“Nauru is violating also its obligations under international law and the UN Charter and must be held accountable for these violations,” Ashrawi’s statement concludes. Again, a completely farcical statement. It is common for the Palestinian Authority to claim people are breaking “international law” and that they should be held to account, but these claims are meaningless. Israel’s capital is Jerusalem. The Jewish people are the only people to have ever had Jerusalem as the capital of their nation. That is historical and Biblical fact. There is no breaking of international law to recognise this fact. In fact, the international laws are being broken by the countries who refuse to acknowledge the capital city of the host country, in this case Israel. So

The Palestinian Authority have broken international law and human rights laws and continue to do so with impunity.

Mahmoud Abbas and his political colleagues are part of a dictatorship. They won the election of the PA to serve a four-year term. They are now in their 13th year. They should be called a dictatorship and treated as such. The PA pays millions of pounds to terrorist prisoners and the families of “martyrs” every year and have vowed to keep paying this, even if they have to stop funding schools and hospitals, but that again does not draw international criticism. What’s more, they actively encourage terrorism against Israelis and help spread anti-Semitic hatred to their people.

The Palestinian Authority is a racist dictatorship that spreads anti-Semitic hatred and funds terrorism. They should be held to account.

As for Jerusalem, it is the capital city of Israel, the eternal capital of the Jewish people. It should be treated as such and the entire world should recognise Jerusalem as Israel’s capital and move their embassies to the city.

Leaders from around the world spoke out on Thursday against the appropriation of the term “apartheid” from its historical South African context with the goal of defaming and...
Read More
Share
Tweet
Email
More
301 Shares