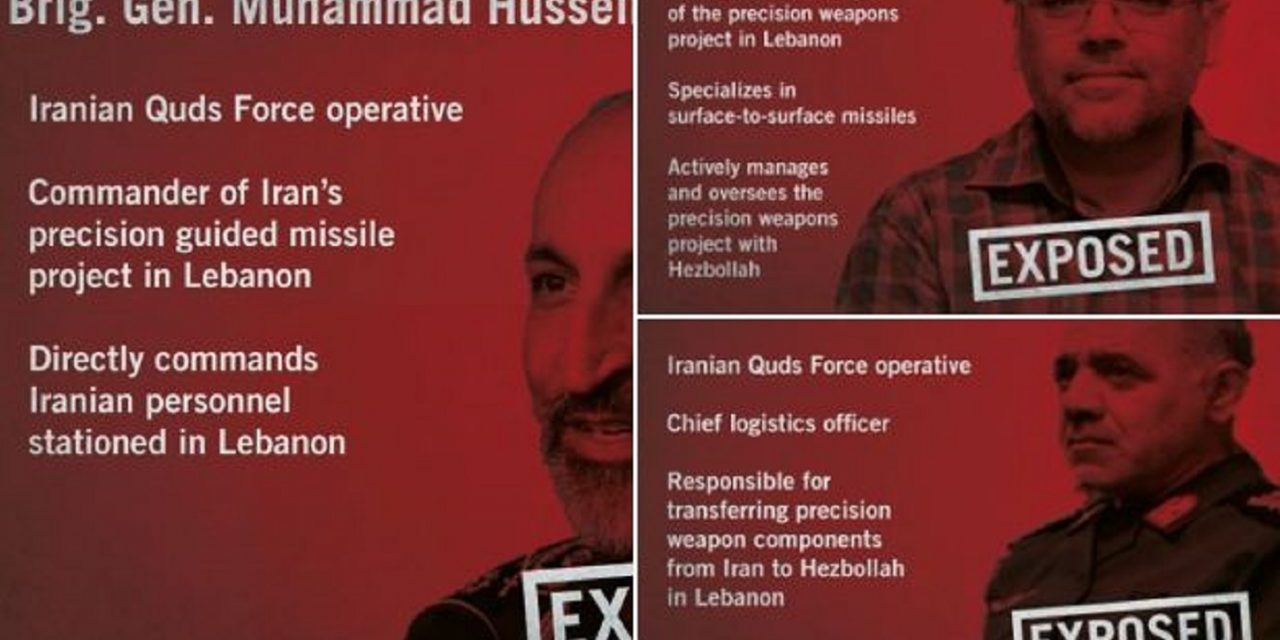 In the first social media announcement of its kind, the IDF revealed the Iranian commanders behind Hezbollah’s missile program on Twitter, one individual at a time. Inspired by the popular “Guess Who?” game, the IDF demanded retweets in exchange for exposing the names and photos of senior-level commanders.

“Hezbollah is coming dangerously close to possessing precision-guided missiles and becoming the first terror group in the world armed with these lethal capabilities,” the video states, adding that the Iranian generals are heading the operation so Hezbollah can “attack Israel. Iran and Israel don’t share a border so Iran came to a country that does.”

The video adds that Iran and Hezbollah have established sites to build the missiles throughout civilian areas in Lebanon so they can use the civilians “as human shields while preparing to attack the people of Israel.”

The IDF warns that Hezbollah will be able to “attack any target of their choice” if they obtain precision-guided missiles and pledged that they will not let the Shia terror group acquire such weaponry.

Iran, which sponsors Hezbollah as its regional proxy, has been assisting the terrorist group’s efforts by smuggling the weapons, equipment, and technology necessary to facilitate its effort to boost its precision strike capabilities through Syria.

These 3 Iranian commanders are working on a secret¹ project with Hezbollah to manufacture precision guided missiles to attack Israel.

—
¹not so secret anymore. pic.twitter.com/ZLFsOr9yLz

But Israel has been consistently thwarting this effort, prompting Hezbollah to attempt to build domestic infrastructure to that end.

“We will not stand to the side and allow our enemies to acquire deadly weapons to use against us,” Israeli Prime Minister Benjamin Netanyahu said. “This week, I already told our enemies to be careful with their actions. Now I am telling them: Dir balak [watch out].”

The missile project itself is considered highly classified even within Hezbollah. Israel has shared this intelligence with the Lebanese government, but Beirut has largely defended the group, making it liable for it as far as Israel is concerned.

Now that the project has been exposed, Iran and Hezbollah have been accelerating their efforts, an Israeli military official said.