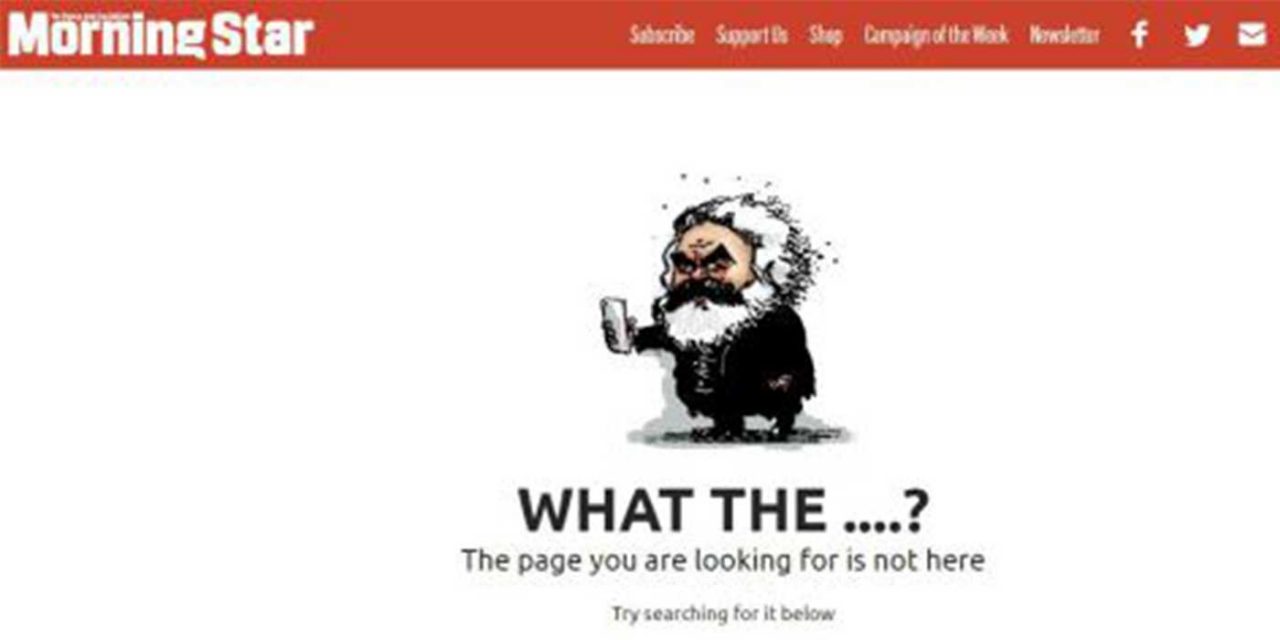 The Morning Star, a far-left British newspaper that regularly features articles by Labour Party leader Jeremy Corbyn has removed an article that effective blamed Jews of anti-Semitism for their connection with Israel.

The article shockingly argued: “‘Mainstream’ Jewish organisations protesting about growing anti-Semitism must see that, by failing to condemn Israeli brutality against Palestinians, they will be regarded by some as being indirectly complicit in that country’s actions.”

The newspaper issued another article criticising its original saying:

“This article has been removed from the website as it crossed a line in attributing anti-Semitism to the policies of the Israeli government and made demands on the ‘Jewish diaspora’ and ‘Jewish community’ as if these were responsible for Israeli policy or obliged to account for it,” the paper said in explanation.

“The Morning Star deeply regrets publication of the article, which was submitted by an external contributor and which we failed to vet with the care necessary on a subject of such importance,” the paper said.

Once affiliated with Britain’s Communist Party, The Morning Star is popular with many members of Momentum, the far-left movement within Corbyn’s Labour party.